The tenth edition of Seattle's Decibel Festival took place last week, from September 24 to 29. Prior to the festival, we brought you a sampling of mixes from Decibel artists as well as showcase picks from Dropping Gems. Now that the festival is over, we'll be bringing you our respective recaps as well as some interviews, so keep an eye out!

To start, here are my personal festival highlights. This is one of the first times I've been to a festival where I liked everything I went to, so it was somewhat difficult to choose top contendors (blame exquisite curation), but these are the moments that, a few days later, really stand out. To summarize: everything people say about Decibel being an impeccable blend of Mutek's focus on the artful side of electronic music in Montreal and Movement's nonstop dance party in Detroit is pretty much true, and despite gray, drizzly weather, Seattle was a great setting for a music festival spread across 12 of the city's venues.

The Orb held a very secure place in the list of artists I most wanted to catch at Decibel, and their set at Showbox at the Market after Juan Atkins (finally completing my Belleville trifecta!) was definitely a festival highlight. For one, the crowd was incredibly varied: something I noticed during most of Decibel, but to an even higher extent here. Ages ranged from fifteen to fifty-plus, yet no one seemed out of place.

After the show, my friend and I lamented, "where is The Orb going? Can we do this for six more hours?" Fast forward to 5 am at Neumos. I was ready to turn in for the night after a winsome set from Matias Aguayo when Thomas Fehlmann (of The Orb) took the stage. From there, I was injected with a second wind like no other. To the extent that after his set ended, I couldn't not go continue dancing to Pezzner's set at Q until 7 am. Nor could I fall asleep at my hostel until about 8. So thanks, Thomas Fehlmann, for that subtle blast of aural caffeine. (Don't you love it when music writers use food metaphors? Gah.)

Having a religious experience at the church of Max Cooper

As someone who spent a lot of time listening to shoegaze, there's something about the lush techno of Max Cooper that strikes the perfect nostalgic chord. He's a master at blending blissed-out, lightweight textures with moments of heavy darkness, and his sets are always a journey, hitting the nail on the head of the narrative feel that so many DJs strive for. His live set at Q, sandwiched between a deep house set from Henrik Schwarz and some Electric Deluxe-flavored techno from Speedy J, was pure euphoria from which I'm still feeling the afterglow.

I'm not exaggerating when I say I've fallen asleep to The Sight Below's 2008 album Glider about 300 times. When you say someone's music puts you to sleep, it seems almost insulting. But in fact, I find that that hour or so I spend before bed some nights lounging in my sheets is the most intimate listening time that I have, devoid of interruptions and dedicated to taking in that album in full.

The Seattle-based Rafael Anton Irisarri played his drone-y set as The Sight Below at The Triple Door, a theater downtown, during one of the early-evening Optical showcases (which also featured excellent performances from Nils Frahm, Olafur Arnalds, Hauschka, and more). Although Irisarri's set was much different from the twinkly, minimal ambient techno of Glider, I was still overwhelmed by the tones.

I almost cried twice during Decibel week. Given that the second time was on my flight home when I was convinced we weren't going to make my connecting flight, nearly shedding tears to music was by far the superior emotional outburst.

By Sunday, exhaustion had started to kick in. I ate… breakfast? lunch?… some meal at around 3 pm after dragging my sore legs out of bed. For weary bodies and tired minds, there was nothing more perfect than the unofficial "deck" party thrown by Portland label Dropping Gems, Seattle label Hush Hush, and NYC label Ceremony.

I say "deck" rather than deck because the poor weather meant moving the party inside of Vermillion, a Capitol Hill bar/gallery that was serving up $3 vodka tonics (I think I finally understand the beauty of happy hour, despite my Bostonian roots). Things kicked off with an energetic set from Rap Class, followed by soothing melodies from DJAO. XLR8R writer Glenn Jackson started the dance party, and Kid Smpl took over from there (I missed Braxton Palmer and DJ Hojo, unfortunately, as I had to dash to another showcase). I spent the entire time doodling (shout out to the girl who let me use her markers) and catching up on the world inside my iPhone at a booth and it was exactly what I needed.

Watching KiNK have the time of his life on stage

It's hard to trust a dance music DJ who doesn't dance himself, and although KiNK didn't really dance, he did bear a mischievous smirk throughout his entire set. KiNK is a perfect example of how to make a DJ performance engaging, incorporating live, interactive elements and showing off all of his DJ toys. But really, it's all about the smirk.

I'm skeptical of boat parties by default. You're paying extra money to hear music just because there's water underneath you and you're, like, moving on the water? That seems pretty silly. Nonetheless, I was persuaded to go to one of the three boat parties during Decibel (it was an easy sell, with this lineup). When I got on the boat, minor panic set in: people were chatting in their own circles, with a few loners wandering about, and it felt like an awkward singles cruise of some sort. The only way to cope was by discussing measures we might take to turn the party into an orgy.

I'll keep this one brief, but in the land of clubs where the norm for talking to persons-of-interest tends to be terribly sleazy, I appreciated – and was continually surprised by – Seattle's sincerity. Thanks, boys, for your kind words and sincere how-are-yous, and for not getting mad and leaving in a huff once I revealed that I'm not going to date you. It was refreshing to be around people who seem to acknowledge women on the electronic music scene as more than sex objects, people who actually want to hear what you have to say about the music, coming from a girl who at times has been all-but-written-off as a human being upon revealing a lack of sexual interest. Sexism is still definitely a thing in electronic music, in case you hadn't heard, and I don't know if this is more of a Decibel thing or a Seattle thing, but everyone could take notes from you. <3 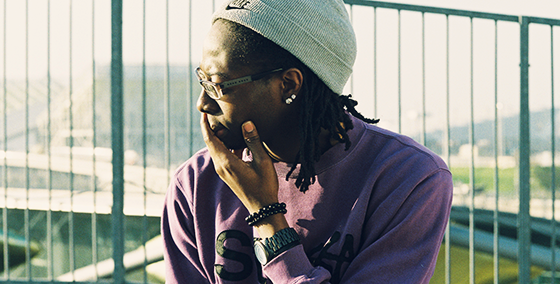 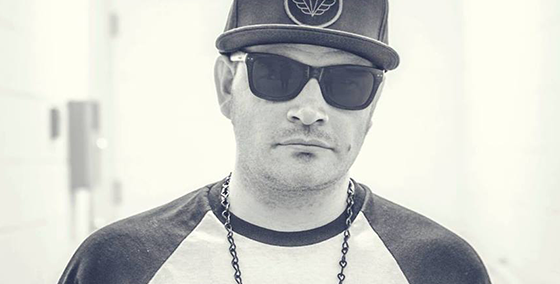