Let The Machines Do The Work is the freshest new electronic quartet from Brighton, England. Known for their live approach to making electronic soul music and the immense stature of their 6'8" vocalist Louis Howard Jones, LTMDTW has clashed the analog with the digital to make an infectious house sound. Born out of a 28 minute jam session between founding members Al Cowan and Jimmy Day, the group later recruited Alex Over and Louis to cement their final roster. The additions proved fruitful with their lead single "Let Me Be The One" garnering"Next Hype" honors from Zane Lowe of BBC Radio 1. I was fortunate enough to speak with LTMDTW about the inspiration behind their "Let Me Be The One" video, the vibes off their forthcoming EP of the same name due September 30, the creative process, and festival sets.

EARMILK: The "Let Me Be The One" video is really well done. I thought the dance moves that our protagonist broke out were especially hilarious. What was the main goal in shooting the video with that type of storyline? Was there any inspiration drawn from the "March For England" protests in Brighton?

LTMDTW: It was a treatment that was given to us by Eoin Glaister, the director.  As soon as we read the treatment we were sold on the idea and concept and it had to happen. It captures the moment politically. The symbolism of the St George's flag certainly rings alarm bells. And for us living in Brighton, when the EDL marched it was fucking crazy! It felt uncomfortable for most of the population here; Brighton is a multicultural city, I mean, Prince Regent built a replica of the Taj Mahal and introduced England to so many cultures from all over the world.

EM: "My Heart" also came out a few days ago. Louis, you absolutely killed it on the vocals. Can you guys give us some insight into how that record came about? The creative process? Where you find inspiration?

LTMDTW: Actually, “My Heart” started off with a sample taken from an Alice Russell outtake. It was all about that little vocal part. We worked on a simple rhythm then tracked a shit load of synth parts in a live way again, using the outboard gear to add colour and textures. It’s hard to categorize that track as there are many influences within it from Moodyman to Toro Y Moi. Your right, Louis defiantly smashed the vocal takes. We record loads of parts with him through a Neve and Urei channel (nerd shit), this gives everything a thickness.

EM: The group's also done a remix of Alice Russell's "Hard and Strong." It seems like there is a bit of history there, specifically with Alex. Can you catch us up?

LTMDTW: Yeah, I’ve worked a ton with Alice, and did the main production on the last album. She wanted us on a remix and that was definitely the tune to go on. It definitely helped us getting our name out there. I think its had over 100k plays on YouTube now.

EM: Obviously, LTMDTW has become known for being a live electronic act and its use of analog. Was that a route that you always wanted to take or something that just evolved along with the band? What do you find appealing about that type of creative process?

LTMDTW: We are all about using analog synths in the studio and have gathered a rather large collection over time. It all started when we got together for live analog jams. We would set a sync up and play everything on the fly, including desk dubs using retro verbs and delays. It became an enjoyable process where by we didn’t have to slave over a computer for hours. We then use the audio sequencer to cut up the live takes. We still listen back to the first jam it was 28 minutes long and pretty fluid. Call it luck.

We DJ too, but felt that these jams kept everything fresh and exciting. We want to enjoy the music as much as the audience. That way we’re all on the edge of what might happen next, the journey is never the same twice.

Louis was introduced to the project after he’d been spending some time at her majesty pleasure. Jimmy had been working with him on a project a few years back and called him on the off chance to work on some ideas. He’s fucking huge and his vocal comes across that way! We did the first release with him and everyone kept saying “What? That old vocal sample.”

EM: You guys also played your first festival at Gottwood. Congratulations. I listened to the set on Soundcloud and you guys played for an hour straight. What was that experience like? What was most memorable about it?

LTMDTW: We absolutely loved that first set, it was so exciting to hear the material on a rig and watch the crowd response it’s instant feedback. Especially as we were running the set in such a live way we learnt a lot. Festival sets are pretty crazy because you just have to wire up, plug in and go! It was chucking it down and just before we went on the rain stopped and people gathered. We didn’t actually know they were recording the set, we listened back and relived the moment and there’s some great ones in that recording.

We used a digital sequencer to run most of the drums parts, triggering the analog synths and playing parts live. At one point in the set the CPU on the computer freaked out and started to glitch, slowing down for short while. However, the beauty about hardware synths is that they stay in sync and everything slowed down together. We looked at each other towards the end of the set and said lets slow it down on purpose this time! And we did.

EM: The Let Me Be The One EP comes out on September 30 via Champion. I see the tracklist has a song called "All Night Long." It sounded like you performed a bit of it in the Gottwood set. Can you break down that tune's vibe for us?

LTMDTW: When we first got that bass break down in the studio, we knew where this tune had to go. The whole idea is its all about the build then dropping and flipping to the bass. We had a load of other stuff on there, but in the end, we just had to keep it simple and give that B-line enough room to breath, just loads of old school lexicon reverb!

LTMDTW: We are now working on new material and getting another release lined up. A tour would be great too as we can’t wait to try out the set again. LTMDTW is the main focus right night so not much time for anything else.

EM: Anything else you guys want the world to know?

You can buy the Let Me Be The One EP here. 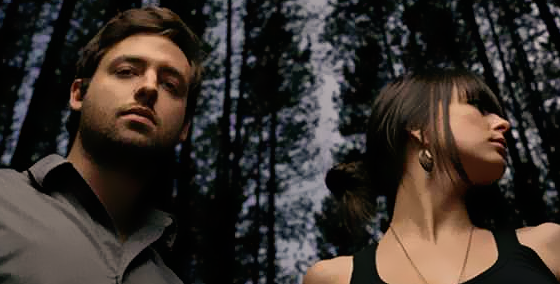 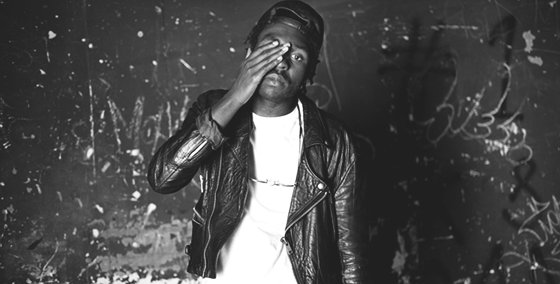