8 years ago by EARMILK Staff

The artist formerly known as Chip tha Ripper enlists the help of his good friend, Kid Cudi, and his G.O.O.D. friend, Pusha T (see what I did there!) for Vortex, a song produced by WZRD. The song isn’t exactly a ballad per say, but it does seek female affection. “I want to live in your vortex,” Cudi croons, his subdued vocals perfectly accenting the ominous cut. Pusha and Chip each ogle their respective eye candy, and their varied style pair rather nicely. The track serves as an early standout on Chip’s latest tape, 44108.

Rich Homie Quan – "Another Me"

Hip-hop purists—the kind of stans that strictly listen to Aesop Rock and Tonedeff—hate rappers like Rich Homie Quan. He’s an artist that doesn’t fit into the prototypical New York City definition of an MC, yet his music generates a magnetism that is impossible to deny. His sing-songy raps have drawn comparisons to fellow ATLien, Future, but there are subtle differences between the two. “Another Me,” seems to address the comparisons, and it does so with flair. “He and me not equal / I gotta show these people,” he spouts defiantly, staking his claim as king of the he-kinda-sings-but-it’s-a-bit-rappy demographic #ShotsFired. Whether the two are similar in style or not, they do share one trait in common: they are both hit makers.

World’s Fair is one of New York’s hidden gems. If they continue to crank out records like Bastard’s of the Party standout “Sammy Sosa” they wont be hidden for much longer. No question about it. World’s Fair separates itself from the rap collective machine through distinction; every artist on the roster is unique. “Sammy Sosa” features production from frequent World’s Fair collaborator, Black Noi$e, and also contains a Galactus namedrop. Jeff Donna rips it, but there are no weak links. Peep and catch this train before it leaves the station.

It has been nearly half a full calendar year since Rocko’s now infamous—and legendary—“U.O.E.N.O.” was released, but it has been resurrected for a good cause. The Pied Piper of R&B himself, R. Kelly, did what none thought could be done: he reinvented and improved a Future hook. How could we expect any less from a man that released a 33-chapter opus where each song contains the same melody? Kells does not disappoint, and he unleashed a plethora of quotables for your enjoyment. At the very least, this song has great entertainment value.

Lil Wayne released the fifth installment of his Dedication series this week—much to the dismay of hip-hop fans everywhere, but despite the project’s utter terribleness as a whole, Wayne managed to briefly present glimpses of his ’07 form. "Started", a freestyle over his Young Money protégé’s Drake's much discussed single (“Started From The Bottom”), is one of those glimpses, and though the song does contain its fair share of cringe worthy bars there is no doubting the fluidity of the MCs flow. Hopefully, this is a step in the right direction.

MeLo-X is one of the games more relentless underappreciated MCs with a rather extensive catalog and a work ethic to match. “Finer Things,"produced by X himself in collaboration with Sango, is a smooth cut that finds the rapper spitting at a furious pace, talking his shit. There are bars for days packed into this eclectic cut, and it’s almost difficult to soak it all in. However, after a brief breakdown to cool off, the calming voice of Elle Pierre helps bring everything back into focus, and the song is one that needs repeated playback to be fully appreciated. Don’t just take my word for it, though; see (or hear) for yourself.

I’d never of Chicago’s Mick Jenkins before his collaboration with fellow Chiraq up-and-comers Vic Mensa and Chance the Rapper, but he has my undivided attention now (well, not really, but you get the point). The kid has bars. “The Water” is the first taste of music from his upcoming mixtape The Water[s], and it is everything you want a debut to be: captivating, charismatic, original and a genuinely enjoyable listen. The record has all of those things and it should only whet your appetite for more.

“One Day,” is indie rap at its finest. Produced by Dave Cappa, the beat expertly incorporates Asaf Avidan’s “One Day (Baby We’ll Be Old), and D-Why kills it. He doesn’t exactly rewrite the rap bible, but his flow is incredibly infectious. It has a radio friendly vibe without all the commercial attachments. The beat is an unexpected drop, but once you catch it, there’s no way to escape it’s gravitational pull; your head will be bobbing within seconds, no doubt about it. Hopefully we can expect this kind of production consistently from the rising star to be.

Maryland’s Phil Ade has been a busy man as of late; he recently released his mixtape, R.O.S.E., to critical acclaim and he served as one of the standouts at DC’s Trillectro Music Festival. Now, Ade continues to build his already snowballing momentum with a new track called “Devil Is A Lie.” The track features Ice The Villain, and finds both rappers operating over !llmind’s “He’s Against Me” instrumental from the Beats For Kanye EP. Over the creepy piano keys the DMV spitter drops some bars about a brush with abortion and his relationship with religion. Wordplay and storytelling are both at work here, and they mingle effortlessly forming a fantastic record.

Here's a recap of some of the best hip-hop covered this past week on EARMILK. Take a couple of minutes to stroll down memory lane and revisit a few of tracks brought to you earlier in the week.

This weeks video of the week comes courtesy of California hip hop duo Audio Push. The new visuals for their summer banger "Shine" takes on the form of a very familiar movie, Friday, with Oktane and Pricetag as Smokey and Craig respectively.

Directed by Nem Perez, these visuals will definitely have you laughing and reaching for that old dvd off the shelf. Come As You Are is due out September 9.

For this week's project of the week the honor goes to Cleveland native King Chip, formerly known as Chip Tha Ripper, and his latest mixtape, 44108. In the past Chip has played the background initially getting notoriety  through his features and connection with Kid Cudi in the earlier days of his career. A lot of time has passed since then and Chip steadily continues to build his own star following and is poised for a breakout soon.

You know what to expect when bumpin a King Chip record; raw raps that'll have you thinking while nodding your head at the same time. This tape doesn't disappoint with features from Travis Scott, GLC, KiD CUDi, Lazie Bone and more. 44108 is worth the download. 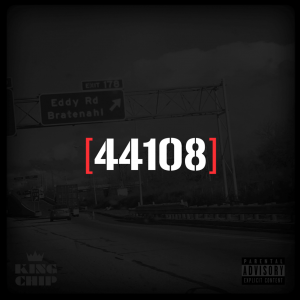 The Roots have one of the most underrated and deep discographies in the game. From 1993 until today, they have released great album after great album. They are gearing up to liberate their long awaited collaboration with Elvis Costello—Wise Up Ghost. It should be interesting to say the least, you can pick up a copy on September 17. 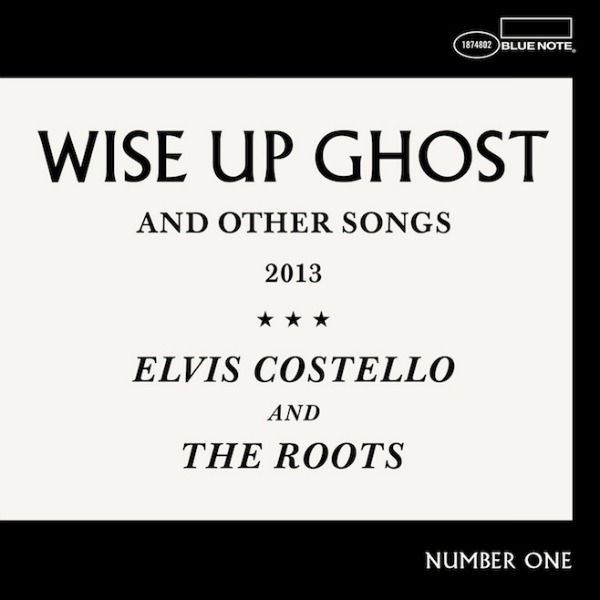 Duo Foreign Exchange, comprised of emcee/singer Phonte (he can actually sing, not sing song rap) and Dutch producer Nicolay, have combined to create some of the most soulful, sample heavy, and superbly underground music. Their upcoming release, Love In Flying Colors, sound like it will be another adventure into the deep melodic crooning of Phonte and meticulously sampled music of Nicolay. You can pick up your copy on September 24. 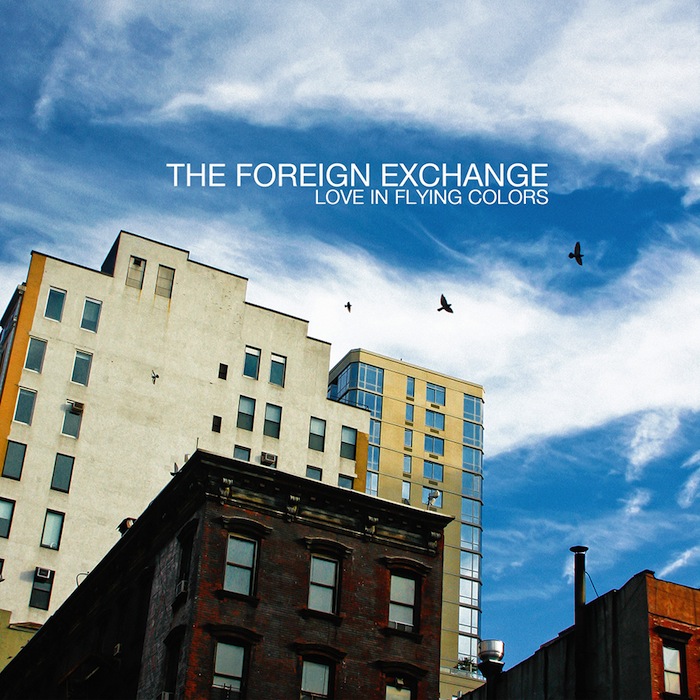