Only a few years back, Showtek remained in the shadowy underbelly of electronic genres, part of the hard dance club whose fame stood solidly in its close circle of fans. But with the expansion of dance music to America and a general creep of genres into one another, leaders in all genres came to collaborate on tracks. From there we saw Sjoerd and Wouter Janssen work with  progressive virtuoso Hardwell, show off next to trance legend Tiesto, and release their own singles, all of which blurred the lines between hard elements and electro/progressive house. Even their most recent single, “Booyah”, has captured the scene’s attention, climbing to the number three spot on both Beatport’s Top Overall and Top Electro House charts.

In an effort to educate fans the Dutch duo has planned a weekly Showtek Essentials mix that focuses on eight tracks, each of which holds a special place in dance. For example you have "Komodo", the Italian producer Mauro Picotto's track back from the millennium's turn, meant to be a favorite classic that teaches new fans of dance's past. Conversely, Sebastian Ingrosso and Tommy Trash's "Reload" will be a future classic, a track that will continue to hold fans' captivation and occupy artists' set lists for years to come. Enjoy Showtek Essentials 3 and keep tabs on their socials to find out where the next mix will be released. 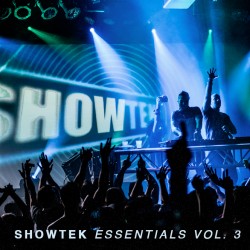