Chicago has proven itself to be a fantastic place to live for music fanatics of all kinds. This summer was jam-packed with live shows, sets, and festivals. Each weekend was filled with a wide array of choices when it came down to EARMILK coverage. As our second year attending the magical festival that is North Coast Music Festival, we are honored to cover the festival that closed out a music-filled summer on Labor Day weekend. The festival has made itself at home in Chicago's Union Park, and this year was a larger crowd than we remember taking over the park last year. That said, it's still an incredibly accommodating space for the crowd drawn and activities taking place.

Why is North Coast one of our favorite festivals? Countless reasons. One of the most important reasons for playing favorites with this festival is the wide variety of artists they bring in to perform. This festival is like the love child of Summer Camp Music Festival and Spring Awakening Music Festival. There's electronic headliners, jam-band headliners, and everything in between. We have a bit of insight into the diverse nature of this fest: it was created by a compilation of Chicago promoters of all genres. Essentially, North Coast really is a weekend dedicated to the ins and outs of music, with no bias or emphasis on genre or music type. There is something for everyone at this festival, and you will notice that with the artists we're going to specifically call out within this post. 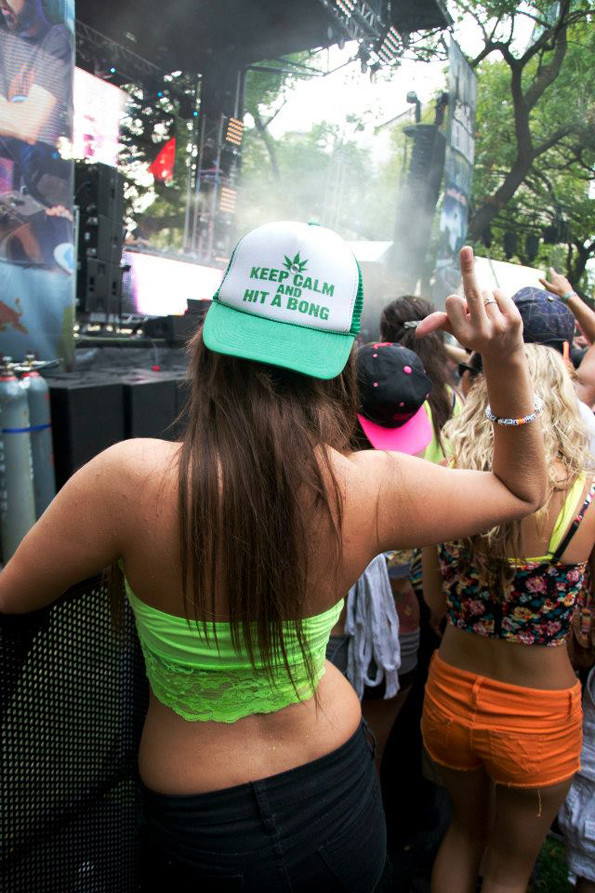 It is probably inferred that with such a variety in music throughout the weekend, North Coast attracts a wide variety of festival goers. It was an interesting experience to experience the crowd at an electronic set versus a folk set. We like both crowds just the same, but for different reasons. We loved the contrast in vibe that we experienced every time we walked from one part of the park to another. In addition to drawing a great "people-watching" crowd, North Coast showcased a multitude of vendors (both local and national) and there was never a dull moment. The vendors may explain the contrast we tried to explain previously best: there were multiple vendors selling neon "rage" hats & sunglasses, and there were multiple vendors selling tie-dye tapestries & hemp backpacks. We had the opportunity to hang out with some of the cool folks at the "Let's Rage" tent for awhile on Saturday (and thus feel the need to tell EARMILK readers to check out their online store and find something sexy to wear at your next fest). Last thing we love about this fest is how close it is to Chicago public transportation. There is something to be said about festivals that don't involve camping. Showers are nice after raging for a solid ten hours. So is your bed. This festival is a great way to wave goodbye to summer and wave hello to indoor shows for the winter (which, let's be real about it, aren't as epic as outdoor venues). 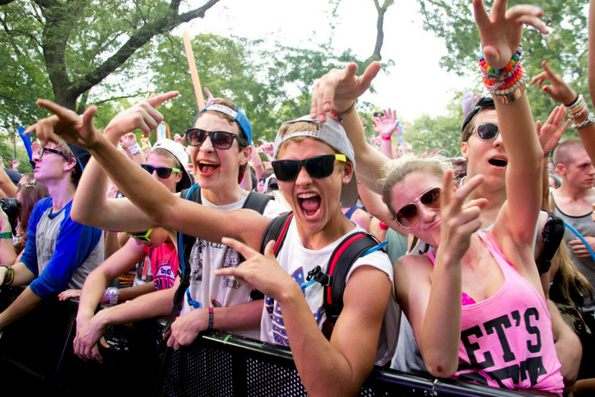 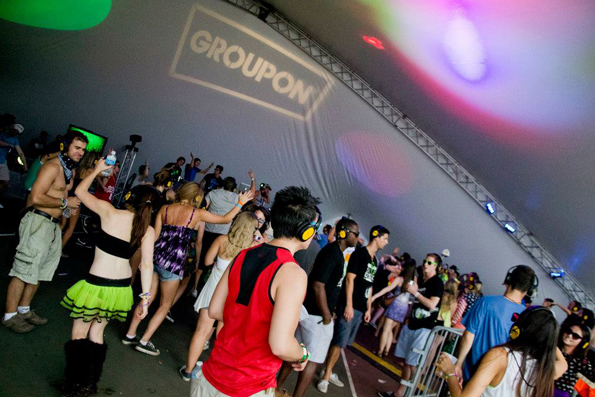 With the rise of music festivals nowadays, it's become normal to take your entire weekend and devote it to music. With the amount of festivals we have had the opportunity to check out for EARMILK readers, we can say that North Coast is unique in nature. It's a small bon voyage party for summer and an inspired excuse to party with some pretty talented artists for three days straight one last time in the warm months. The artists are diverse in genre, energy, and experience. We must mention one thing we have noticed throughout our experiences:  we're in need of more electronic producers who bring forth something unique to their music. Electronic has become a very saturated genre as of late. That said, it has not been uncommon to hear the same vocal bits and drops heard amidst more than two or three DJ sets in just one day. We cannot stress the importance of continually evolving the electronic genre without wearing it out.

We digress. And we get it! You want to know how the music was, right? Well as one can infer, it's not humanly possible to be present in six places at once, but as the EARMILK Chicago crew, we tried. For those artists we did not have a chance to see, our kickass photographer was able to capture for something visual to provide our readers (mad props to the talented Greg Belasco for taking photos for us again). As with a majority of past festival recaps, we'll highlight a few of our favorites from each day:

The festival was pretty quiet until the sun went down on Friday. We're assuming that a majority of people came after they left work, but that's also because the night sets were jam-packed with people celebrating the fact that a) they were at a music festival and b) it was Friday night. The "TGIF" attitude definitely kicked the festival off without a hitch. Friday we were thrilled to see Midnight Conspiracy, EOTO, Mord Fustang, Knife Party, STS9, Paul Oakenfold, and Axwell. 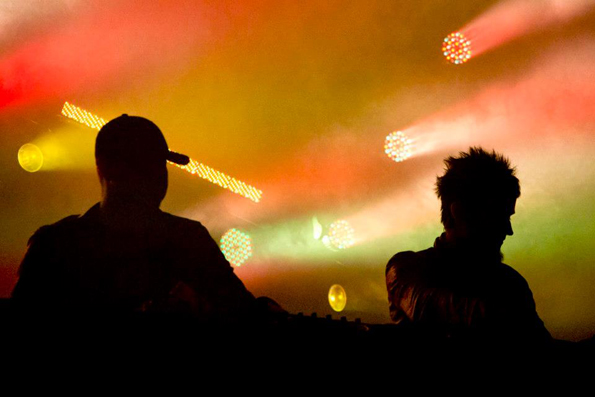 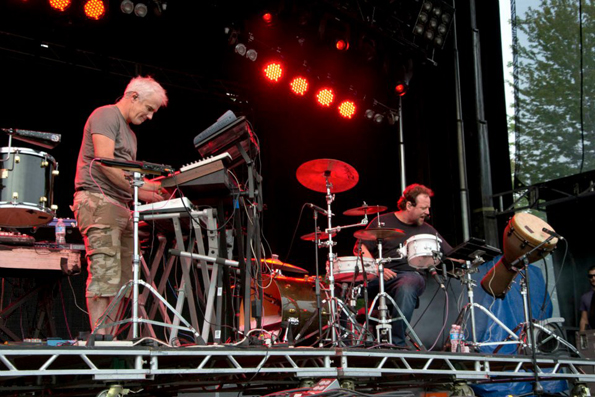 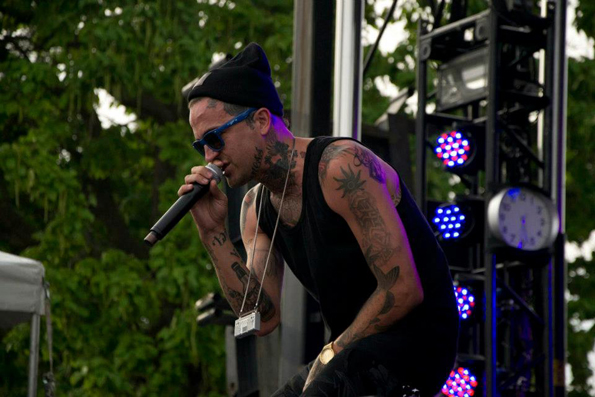 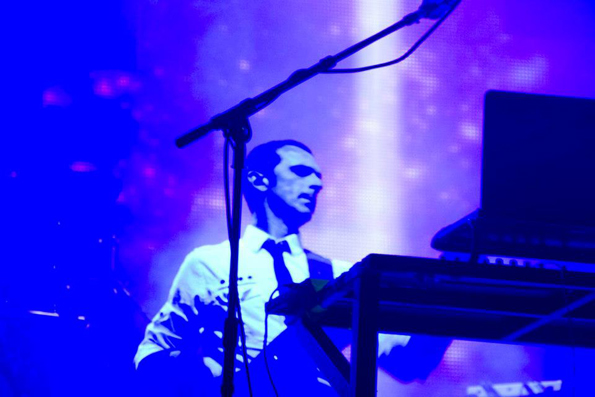 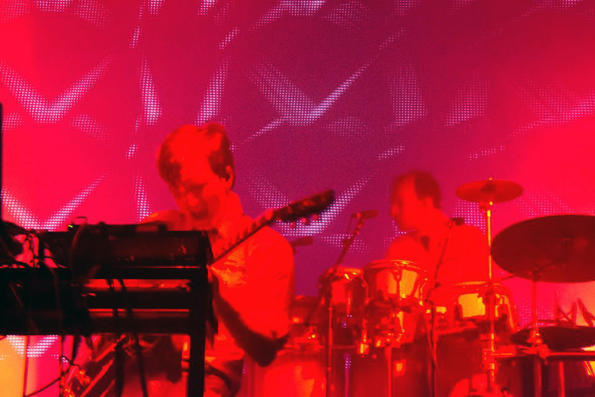 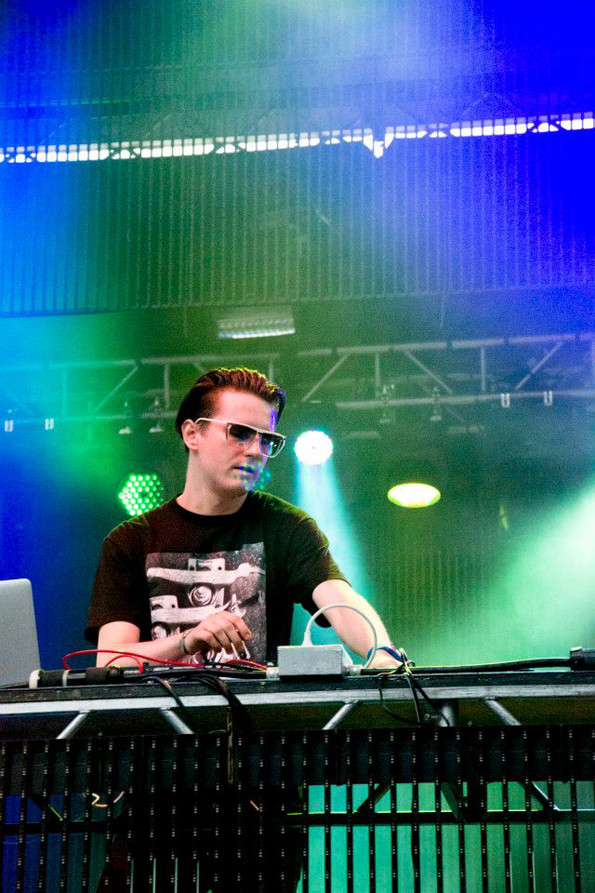 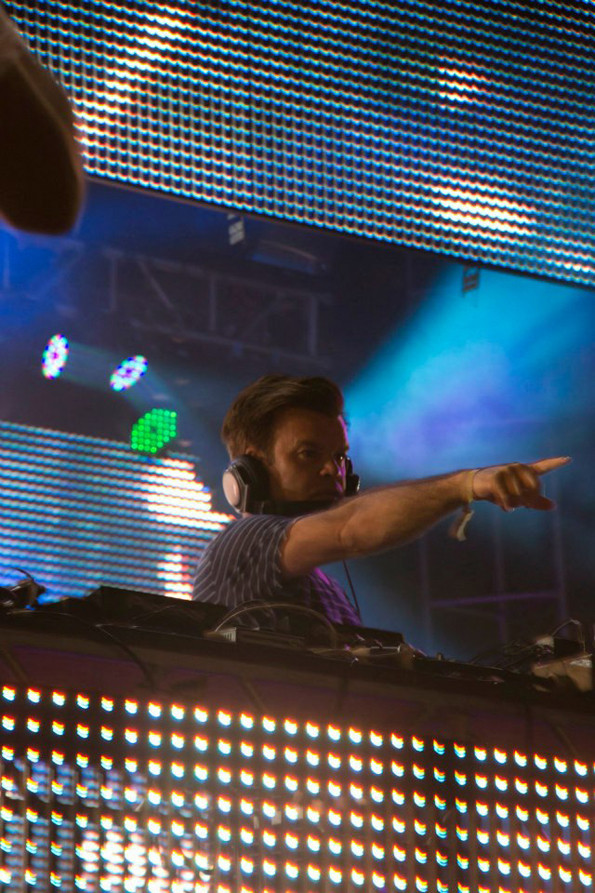 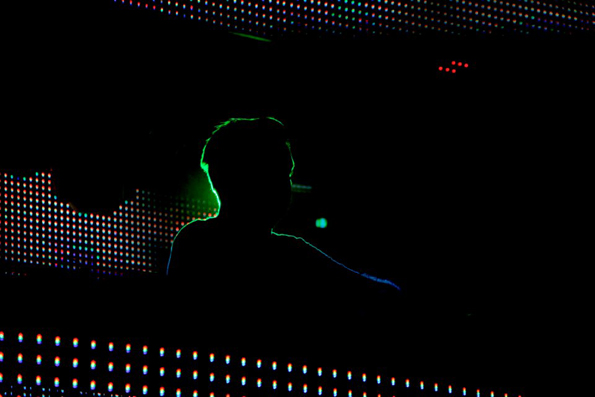 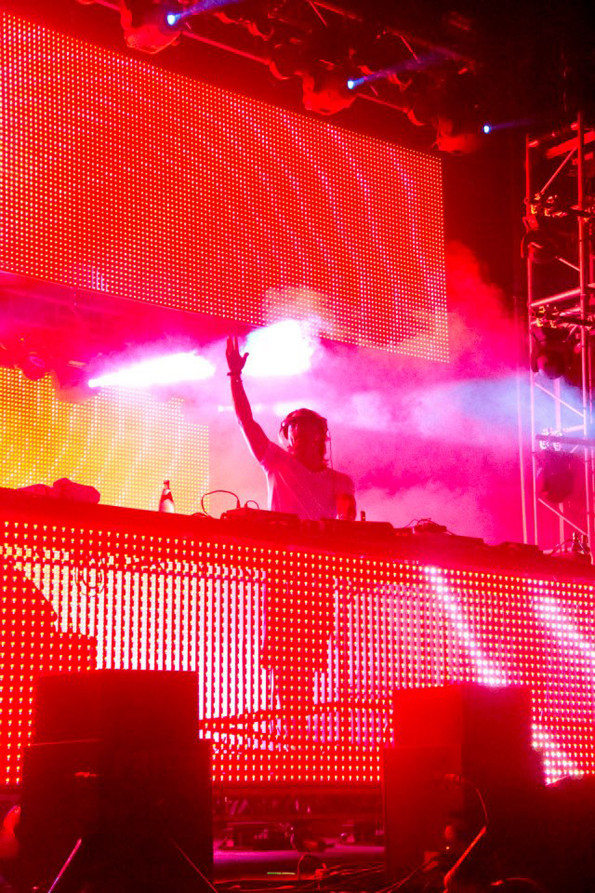 We'll let the photos speak for themselves, but all of the artists we saw on Friday were on fire. Ultimately, though, Axwell's set was the most magical we've seen in a LONG time. It was incomparable in energy. Axwell's lights added an insane amount to the entire set (there were different colored flames omitting from the front of the stage throughout the set). Musically, his set was flawless in execution. He knew when to give the crowd a break from dancing but filled the gaps with the beautiful vocal bits he's known for in his tracks. He knew when to build the crowd up to a point where it literally felt like the music was transcending us into a different world for extended periods of time. His bass drops were insanely satisfying, justified by the build up, and literally threw a smile on everyone we saw's faces as we danced our asses off. When he spoke to the crowd, it was appropriate, charming, and modest. You could tell he put everything he had within him into the performance, and his energy/passion was contagious to say the least. His set was the perfect way to close out a phenomenal first day at North Coast. Well done, Axwell, hats off to you. Our minds were blown. 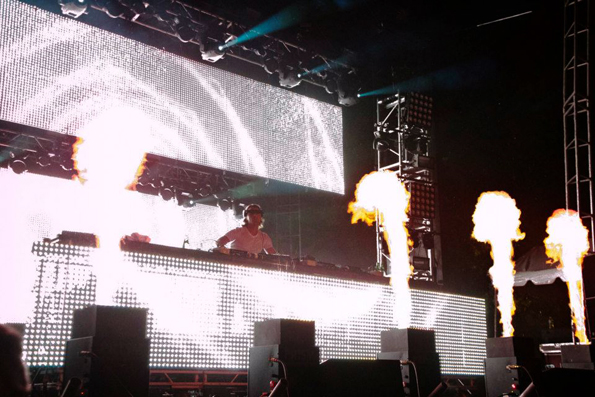 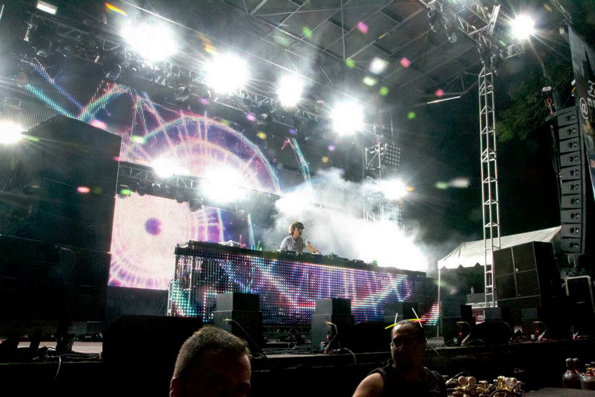 We started the day chilling with NiT GriT. The set was a great way to jump-start day two. Gramatik, Future Rock, Excision, Tommy Trash, Alesso, Moxxy, and Atmosphere were other noble Saturday mention-worthy sets. In the beginning of the post, we mentioned how diverse of a set of artists North Coast prides itself on showcasing throughout the weekend. Saturday night was a really great example of how whomever coordinated the weekend was able to appeal to a large & diverse crowd this year. Girl Talk played on one side of the festival at the exact same time as Umphrey's McGee on the other side. All the while, local Chicago producer Zebo played on the smaller stage to end out the night while the two aforementioned artists performed. We wanted to get a feel for the vibe at all three stages. Girl Talk's crowd was a sea of neon and bouncing. His set filled with mash-ups old and new, toilet paper thrown by machine into the crowd, and lots of dancing. We strolled over to Umphrey's McGee and it was like a slap in the face of difference. The crowd was much more chill, vibing instead of bouncing. The set was visually stimulating (as most Umphrey sets are) with a great light show to accompany their impromptu set. This was our second time seeing Umphrey's McGee this summer, and it was great to see them within Chicago's city limits. 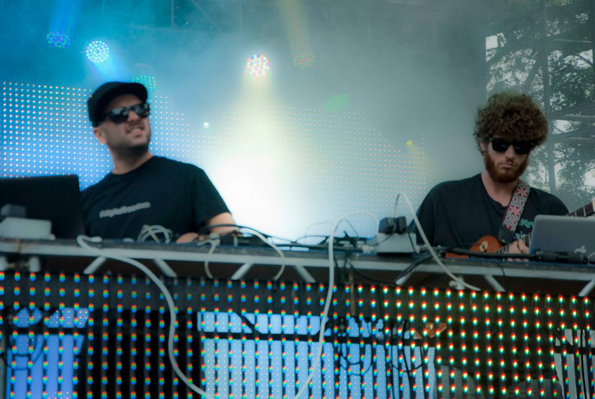 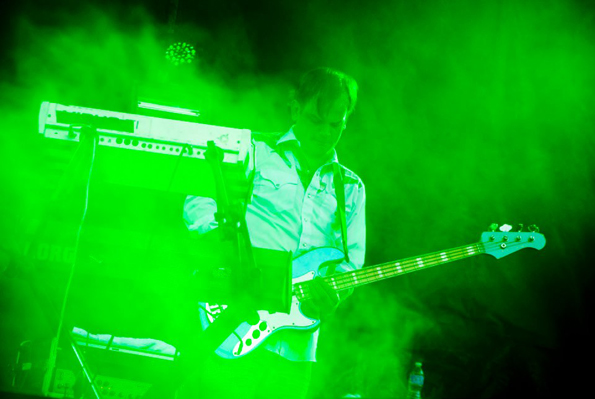 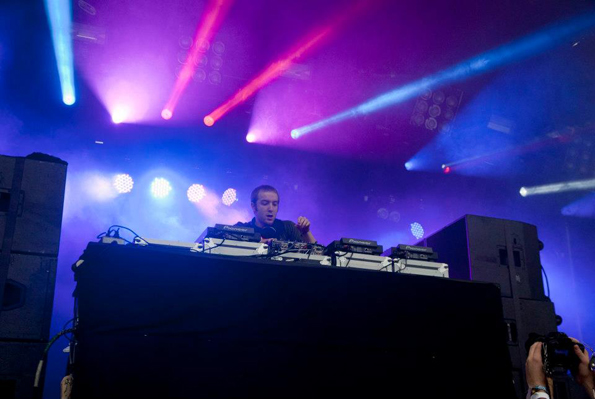 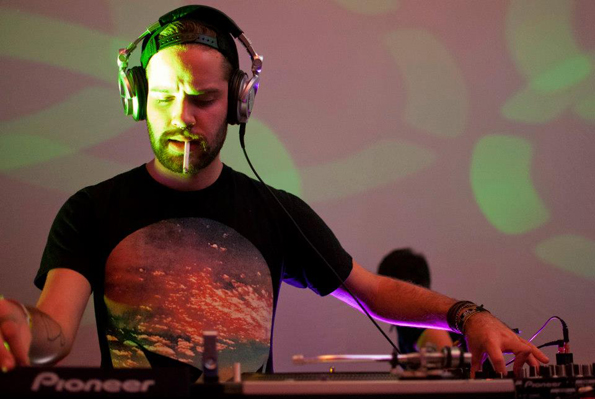 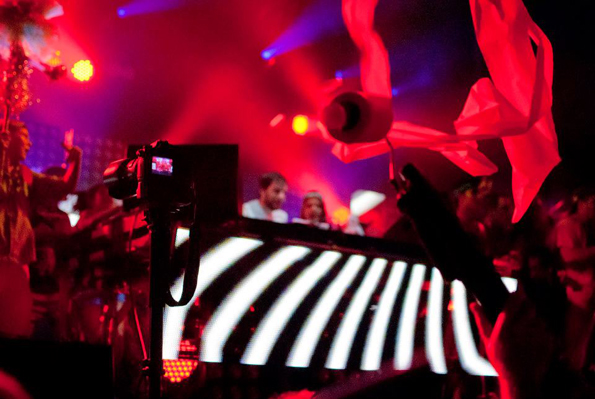 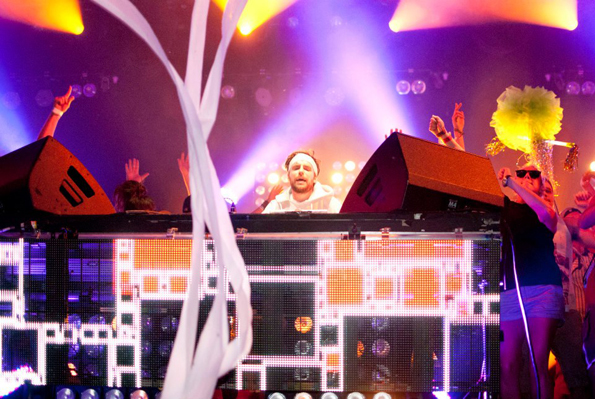 Between Stratus, Savoy, Modestep, Digitalism, Chuckie, Big Boi, Steve Aoki, Steve Angello, Minnesota, and Pretty Lights, Sunday was a consistent eargasm to say the least. We cannot even begin to start providing a review on all of the artists we were thrilled to check out on Sunday, or trust us, this post would take months to put up. Ultimately, it was a constant reminder of how amazing life is to look at the stage with the Chicago skyline in the background. 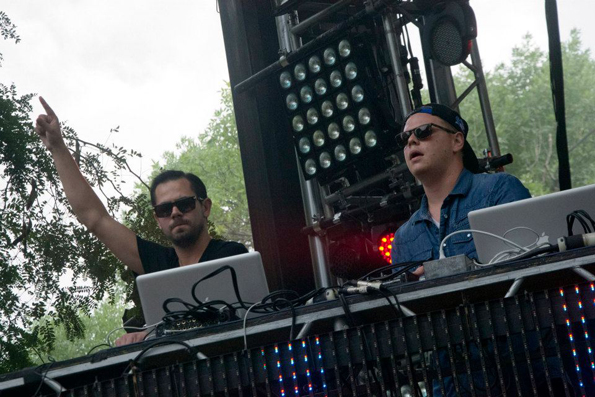 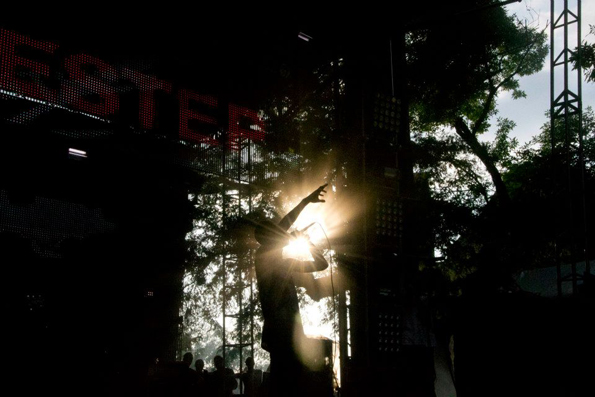 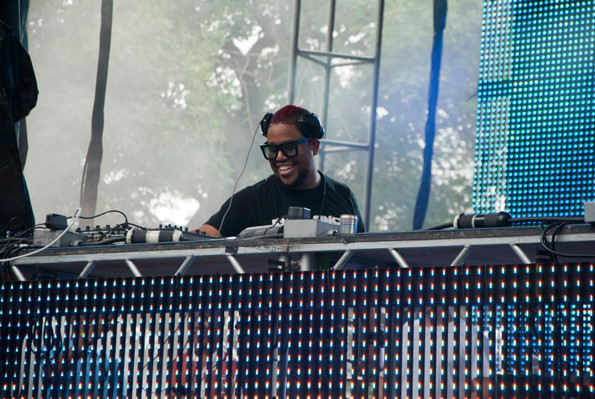 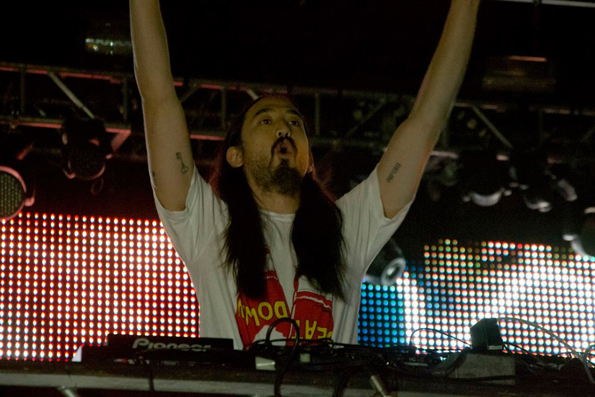 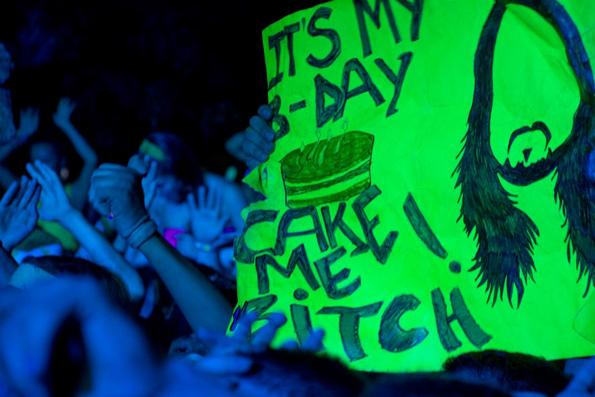 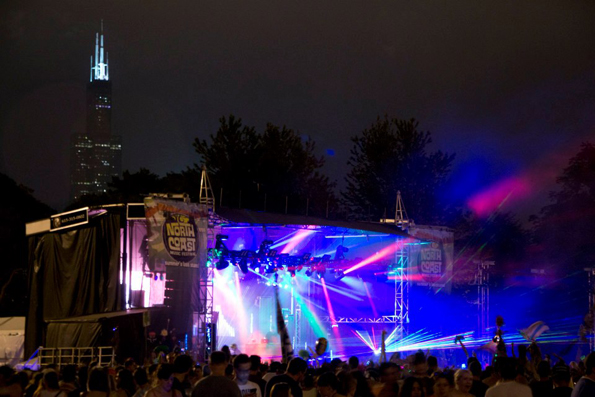 We will be sure to see you for next years North Coast Music Festival festivities. In the meantime, party on & follow the festival's Facebook page!

No mention of Van Ghost on Sunday? They kicked ass. Better be back next year....