My name is Eric (Connecticutter), and I will be your new host of Straight from the Teet, where I will delve into 7 new albums per week and let you know which tracks I loved from the albums I listened to. I hope that my exploration through this never-ending sea of music will help satisfy that hunger for the brand new tracks you have been seeking.

The 7 albums I listened to last week: The Broken Man was my very first exposure to Matt Elliott, an English guitarist and songwriter. His folk music is very dark and dreary and doesn't play out like your average folk album. In fact, the guitar playing is almost more mariachi-driven, taking inspiration from old Spanish guitar playing. I absolutely enjoyed the warmth of the notes Matt Elliott plays on guitar through almost the entire record. It's a very delicate sound and it plays out like you were there in the room with him. The lyrics and vocals match that sound but for the most part, I was more interested in just his guitar work. I think in many cases, I could have been happier if this were an instrumental album, sort of like a James Bradshaw record but not quite to that ability. Overall, the record is pretty good and possibly even a standout LP for the month of January. My favorite track off the record would have to be the opening "Oh How We Fell", which really demonstrates this old Spanish guitar playing and pure sadness greatly.

Matt Elliott – Oh How We Fell Wandering, Wondering was the first album I heard this year. Back in late December, I came across this album online and wasn't expecting much. I figured a female vocalist with some folk qualities might be decent but the expectations just weren't there. Then I put the record on. The first track, entitled "Gathering Strength", is quite possibly my favorite track so far this year. The vocals, done so elegantly by Whitney Lyman, are so strong and brave while we have these layers of just terrific instrumentation. A banjo sets the spirit of the song and although the instrument isn't terribly popular, it really creates this almost bad-ass environment for the lyrics and other instruments to play around in. Most of the other tracks of the record are quite nice instrumentally but the production hurts the vocals too much for me to truly enjoy it as a whole. Although the rest of the album isn't terribly great, this song really is a standout so far in early 2012 and maybe with a new producer, Quiet Nights might be able to make some noise on the indie channel sometime soon. This LP has been heating conversations between indie music fans since its release on January 24th. The album itself explores mostly pop characteristics but also adds a blend of simple electronic arrangements. As opposed to your average guitars and drums, we instead get looped beats and spacious electronic drums. In my opinion the stand out tracks far outweigh the bad ones which basically puts me at a standstill with this release. Some of the songs were just so incredibly catchy that it's just impossible to ignore but on the other hand, the other tracks seemed lazy and distant from what Chairlift seemed to be trying to achieve. One track that really has me hooked is "Wrong Opinion", the second track on the album. The percussion on this song was just so unique as opposed to most other pop songs and I love the ideas behind the electronic loops here. The vocals just top the song off with a nice layer of treats to battle that craving for pop music. Shearwater has blossomed into being one of the best indie acts around over the last 5 years. With albums like Rook and The Golden Archipelago, its no wonder that this sister band to Okkervil River has become a landmark in the genre. Jonathan Meiburg, the brains behind this wild beast, has such a talent at composition and at lyrical writing. After his trilogy of albums focused on birds, he decided that he wanted to transition into something heavier and more electric. On Animal Joy, Shearwater explores a slightly different, louder sound. They infuse some electronic work as well as much more electric guitar that really shapes the album. Meiburg continues to employ his piano a great deal too, which he does so magnificently. We may not have a ballad track on this new record like their past singles "The Snow Leopard" or "Hidden Lakes" but their emphasis on energy really makes for a suitable album. Tracks such as "Pushing the River" and "You As You Were" are just a few of the great tracks from the album. Both songs incorporate different musical styles but push the boundaries of Shearwater's sound to a new level. If it wasn't for a masterful new record by Message to Bears, Animal Joy would currently be sitting atop my best albums of 2012 list without question. After hearing A Sufi and a Killer back in 2010, I felt like I had been mind fucked. Everything I had ever known about music was totally put on the back burner and I was forced to rethink my knowledge of music as a whole. Not that I didn't know anything, it was just the fact that Gonjasufi was this, for lack of a better word, crazy dude who just made these psychopathic beats. He somehow is able to connect with his listeners with these strange songs and he does it so damn well. So obviously, I was a bit excited about his new release entitled MU.ZZ.LE. Upon hearing it though, I have to admit I'm just not connecting with it as well as I did the debut. I guess it just plays out too similarly and I don't have as much fun with it. Maybe I'm not smoking enough weed nowadays but whatever the case is, this album just wasn't my cup of tea. In any case, here is "The Blame", the track I liked best off the album because of it's sprawling lo-fi techniques. P.S. The album cover is dope. Blazo first hit my radar late last year while I was trying to find nu-jazz records. I came across this is pretty sexy album that happened to be exactly what I was looking for entitled Colors of Jazz. I had never heard of the band but was quite surprised at their unique ability to throw trip hop, jazz, and progressive rock into a melting pot and mix them altogether. It created a very interesting style that I had seen done by a few other artists but somehow Blazo just took the cake. On their follow up which came out less than a year later, Blazo incorporated some terrific rap verses to some really thick beats. The combination is once again, quite masterful. My favorite tracks off the album, which came down to a very difficult decision, had to be "Dock Ellis ft. 49ers" and the ever so lucid track "Heartbeat ft. Nieve". Both tracks are just so enticing and cool. They are perfect for driving or just relaxing on some park bench in the sun. This chilled out album will most likely be finishing the year high on my list. The final album I checked out this week was Bowerbirds' The Clearing. Bowerbirds have been on the indie circuit for quite some time now but have never really lived up to their biggest rivals within the genre. They establish themselves as an indie folk act but the pop contributions and lighter, less integrated lyrical concepts that they explore just don't get the job done for me. Folk music usually grabs it's listeners with the powerful lyrical imagery or the complex chord progressions that take shape but Bowerbirds are much more simple. They utilize guitars and pianos but there just isn't enough complexities to make a name for themselves. Overall, the album ends up being pretty boring in fact. It's almost like eating saltine crackers when what you really want is a wheat thing with a slice of cheddar cheese. Here is a track from the record called "Sweet Moment", which I feel best accomplished any interest for me. I think this track stood out mostly due to the harmony vocals which came together pretty nicely. The guitar, ever so subtle, also was a nice back track.

After a pretty nice week of album listens, I am ready for another week and I look forward to getting back to all of you readers next Monday. If anyone is interested in purchasing or simply hearing any of these albums online, I have linked them for you to make it simple. I hope you have enjoyed reading this weeks edition of Straight From The Teet and I look forward to bringing you a new group of records next week. 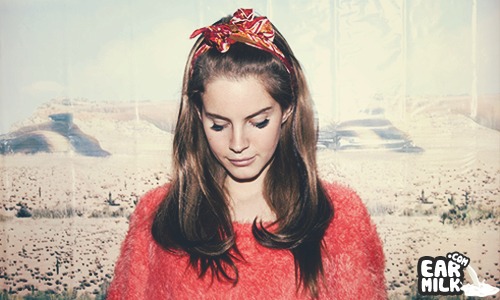 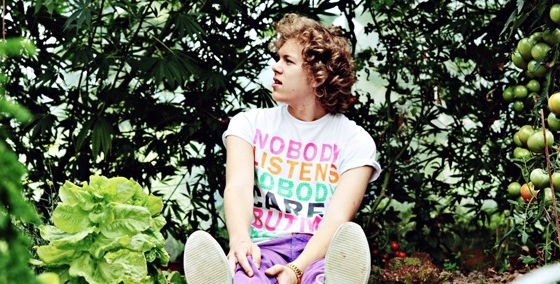