If you let her, Elle Varner could eventually be our next Chrisette Michele or dare I say, Mary J. Blige? But to call Varner "the next anything" would raid her of her own distinctive musical style, on which there is more to elaborate upon than mere comparisons might have one think. Whether waxing poetic over an island-esque percussion on "Feel Like A Woman" or melodically recounting the worst day of her life in three simple words ("WTF"), the R&B newcomer makes it clear she's not a flash in the pan. After dropping her mixtape, Conversational Lush, this past week, it was clear that her single with J. Cole, "Only Wanna Give It To You", released last year, was not just an effective publicity stunt but an appeal to anyone who — wrongly — doubted her ability to sustain her success. Few rookies are that good at covering such a broad range of music well.

Arguably one of the standout tracks on her tape is "Refill", which epitomizes Varner's uncanny ability to tell a typical story in an unlikely fashion. Not only is Varner talking about being that awkward "girl who's been at the bar for too long", she's doing it to a bluegrass and R&B beat. You can re-read that last sentence if you would like but somehow producer Pop Wansel has managed to incorporate what sounds like a fiddle into a smooth R&B jam, without compromising anything.

Like so many artists we return to time and again, Varner is able to sing about the essentials of life but with a captivating, eclectic touch — it's the same song about heartache or body image but told in a completely new way. Four tracks into her mixtape and you easily find yourself going back for a re-listen. Her lyrics are straight forward, her voice is impeccable and the production contours perfectly to the new trail of R&B she is blazing. Download Conversational Lush below and a look out for her upcoming album, Imperfectly Perfect out this year. 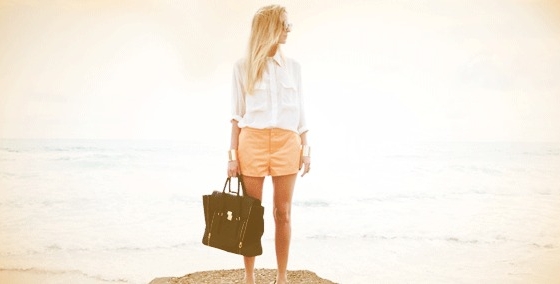 Mr Fogg – "Stay Out Of The Sun" (Bondax Remix) [Exclusive]