There is nothing more pleasant than being utterly impressed by a band you've never heard of, especially at their live show. This surprise encounter happened a couple of days ago, when Ski Lodge opened for The Good Natured. Ski Lodge is a project from Andrew Marr, who was previously in The Clementines. The thoughts of Ski Lodge began when he was residing on the tropical beaches of Florida. One might say, this is the opposite of the temperature from his band name and you are correct. Music from Ski Lodge is the external and internal influences of the band, which is the far from a wintery cabin up north. Although, it could be the perfect soundtrack near a campfire. Think, Real Estate and The Smiths. Marr writes about nostalgic memories of youth on top of his indie surf jams.

Ski Lodge is now a four piece band in Brooklyn. Their last release was a self titled EP with Dovecote Records. The EP contains four tracks and below is "I would die to be" for your listening pleasure. Feel free to get toasty with it. Eventhough the release was from last year, but hey, it's better late than never right? 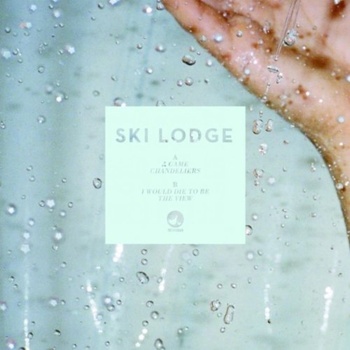