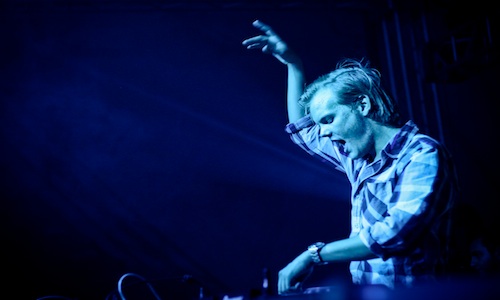 I was able to sit down in Hollywood with Avicii. The Swedish star has had an almost impossibly productive year and was voted sixth best DJ according to DJ Mag. Even after that whole Leona Lewis beef, he continues to produce award winning tunes. Don't forget he's also nominated for a Grammy with his track "Sunshine" he produced with David Guetta. It's been a real big year for Avicii. We can only expect more in 2012.

Croydon: How are you liking LA and touring across America?

Avicii: I love it, LA is a place where the industry just comes together and it's really good for connections.

C: How does the European dance scene compares to the States?

A: The dance scene here is way more younger. The people here are much more hungrier. It's been around for a long time in Europe and it's good that it's starting to catch on.

C: Outside of electronic music, who are your biggest influences?

A: I listen to everything, my dad is a big Ray Charles fan and my brothers and sisters are big rock fans.

C: When did you start producing music and DJing? What made you keep doing it?

A: I started about 4 years ago when I was 16 and I just got hooked instantly, some of my friends told me I started to sound better so I kept producing.

C: Outside of making music, how to you spend your free time? If you had to pick another job, what would you want to be doing?

A: I have no idea, heh, probably like a telemarketer.

A: Tim Berg is my way of experimenting, it's usually darker and grimier.

A: I don't think I'm trying to target anyone, I'm just trying to do what I like and that's the thing with Tim Berg, Tom Hangs and Avicii because I'm able to do a little bit of everything because it's easier to use different aliases.

C: Outside of electronic music, who would you like to work with?

A: Adele, because she is a amazing singer and songwriter, her "Rolling in the Deep" track was the biggest of 2011.

C: How do you see your act changing in the next five years?

A: We're going bigger and doing a live show with live elements and visuals.

C: What advice do you have for up and coming DJs or producers?

A: Just hard work, I know it sounds standard but if you put in the hours you will succeed with it.