Take a musician with the dreams of being a pirate and another with special training as a sword-fighter,  the two combined can cause a musical battle scene. In reality, this can be summed up with a band named War Of Words.

Abi Browning, the pirate dreamer and Lucy Duffield, the sword fighter, are two 23 year olds with one goal. This goal is to make music influenced by their love of 90's pop. Abi explains that the melody from "All That She Wants" by Ace of Base and the attitude of "Buffalo Stance" by Nenah Cherry are the bases of War Of Words.  Through Popjustice Hi-Fi, these girls will release two debut singles on December 4th. One is entitled "Panic" and the other is "Battleground".

Attached to this post is an exclusive Earmilk premiere, Ben Langmaid's (member of La Roux) remix of "Panic". With blends of 90's and modern pop, War Of Words fluently delivers heavy R&B vocals. Lucy says "'Panic' is about when you meet someone for the first time and you get that panic, but it's beautiful." "Like falling in love but you're like 'Oh wait, do I want a commitment?'", Abi adds. Listen to the track below and get your groove on. 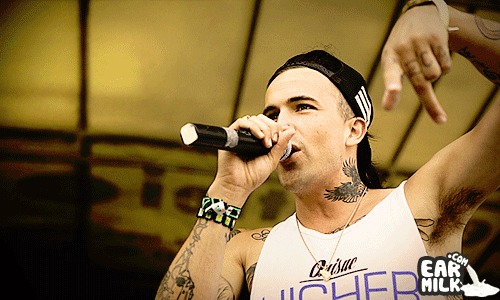