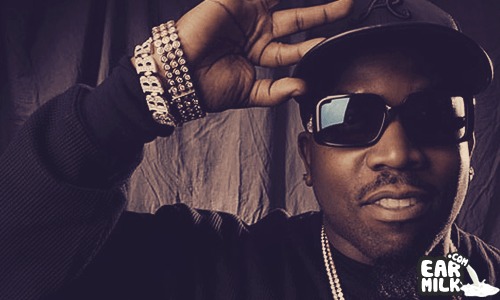 Actually, I might want that track to be out more than you, Yukimi. I'm referring to a collaboration in the making between Big Boi and Little Dragon, who have been hard at work -- ten hours straight, to be exact -- in the Atlanta-based Stankonia Studio on music for Big Boi's next album, tentatively titled Daddy Fat Saxxx: Soul Funk Crusader. According to a short Twitvideo Big Boi posted yesterday, both Big Boi and Yukimi are so excited, they want the track to be done now.

Considering his last label took far too long to release his first solo album, Sir Lucious Left Foot... The Son of Chico Dusty, fans like myself cannot wait for the release of another lyrically hard hitting, funky-to-the-seams album, especially if it's going to feature guests like Little Dragon and Janelle Monae. Big Boi is back and already attacking. We'll be sure to keep you in the loop.

The Official Home of Big Boi