Fans of independent labels like Ninja Tune, Warp and Planet Mu may recognize Brendan Angelides from his work as Eskmo moreso than his work as Welder, but he's a prolific artist under both of these personas, identities that he keeps quite separate, as he discusses in Earmilk's interview (below).

Welder's new LP, Florescence, is due out on September 26 on his own label, Ancestor. I've listened to it several times already, and it's really a beautiful album. If you're more familiar with Eskmo than Welder, don't expect a clone — Eskmo is heavier, and Welder is more ambient and introspective — but definitely expect the same standard of quality.  The album is very instrument-based and more focused on the imperfections of the recording room process than you might expect from an electronic album. I'm not going to elaborate further on the album review, other than to tell you that you should nab it. I figure there's plenty of related, more interesting reading in the interview!

Welder is also raising money on Kickstarter to make a new Welder music video for the track "I Still." Donations — even little ones — earn thank you gifts. If you like what you hear and want to contribute to the artist in an interesting way, check it out! It's fun to see an artist earning money for a very specific project this way.

Earmilk: Your new album, Florescence, as Welder, is out soon. What about this new album is exciting or different for you?

Brendan Angelides: The last Welder album was 5 years ago so a lot has changed since then in my life and the way I approach music. I dove into creating a very 'live' feel for this album with a focus on room acoustics and a warm, lo fi vibe to it all. It was honestly a pleasure to work on, which doesn't always happen.

BA: Eskmo is hi-fi, outward, big, with a focus on bass, sound design and sounds like a robotic tree at times. Welder is lo-fi, inward, contemplative, no focus on bass whatsoever and focuses more on traditional instrumentation and narrative. But aside from all that, therapeutically having 2 musical aliases is honestly the best way for me to work on music. They help each other as each new work comes out and allow me to enter into places I couldn't with one character. This is especially true for live performances. I would love to see a tour of Aphex Twin playing all ambient music, but it will never happen because people expect to hear some heaviness when they see him. This allows me to do both.

EM: When you do live performances, do you tend to keep to one of the two personas, or do they ever blend together?

BA: They are always very separate. Musically, visually and even costume wise. As Eskmo I just wear whatever, but when I do Welder sets, I wear a suit and welding mask while I'm playing. I've been toying with the idea of doing a tour with both of them on the same bill.

EM: How has working with a few different labels (Ninja Tune, Warp, Ancestor) influenced you and your music?

BA: Working with Ninja and Warp has been a great experience. To see these independent labels still thriving in a tough world and be a part of it is an honor. They just push me to work even harder. Creating my own label Ancestor has allowed a sort of freedom in the sense of no pressure or stress aside from releasing the music. That was part of the reason I wanted to start it was to release music without the feeling of attachment or plotting and planning too much. Just letting it flow. Ancestor has also allowed Welder to thrive without any attachment to outcome.

EM: Is there anything that's influenced your music that might surprise people?

BA: The Redwoods of Northern California have been one of the largest influences to my sound in the past 5 years.

EM: What are you listening to lately?

EM: What's going on in the music world right now that's exciting or interesting to you?

BA: The past 2 years have birthed some of the most interesting music and live visual performances I have come across. It's great to experience these times.

EM: If you were to introduce someone new to your music, what would you give to them?

BA: Depends on their age honestly. A grandma would be a very different track than a 16 year old kid. But I guess I would show them the Eskmo "Cloudlight" video. 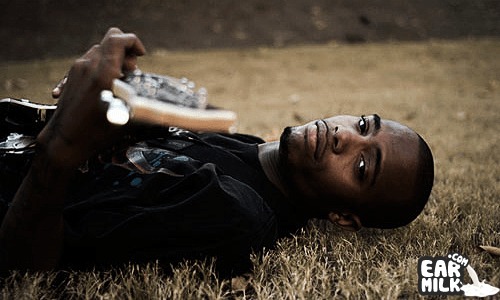 B.o.B. – Welcome to the Jungle (Freestyle)