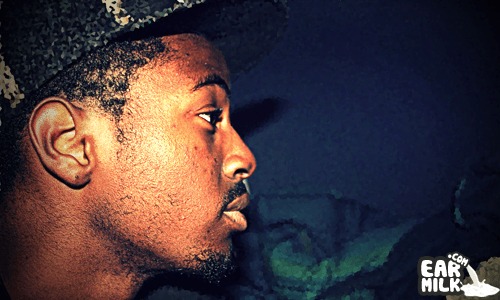 Toony Tunes...Toony Tunes, Toony Tunes, Toony Tunes - what can I say about Toony Tunes? Well, he is a fairly consistent emcee with a penchant for telling absurd stories, albeit clever stories nonetheless. Definitely bringing a good helping of talent to the table, I still can't escape hearing familiarities in Toony's music and that of the OFWGKTA collective. While we here at EM are rooting for his comeuppance, I fear that he may be thrown under that growing bus what with the exponential turnover rate on trends via viral hype (Owling anyone?). But what do I know? I'm just a stupid blogger.

"Son in the Dungeon" caught my attention because of its tribal feel. It sonically sounds raw; now layer it with Toony's tell tale/ braggadocios wordplay and a little distortion and you have yourself a noteworthy hip-hop track. "Son in the Dungeon" is a metaphor for Toony's grind, and instead of trying to comprehend every bar, just go in thinking of it as a lyrical...flex, if you will. The tracks grit reflects his relentless pursue to get better lyrically and his constant perseverance in the studio aka the dungeon. You can't knock a man for mastering his craft.*Episodes 1 & 2 of ToonToonTV after the Jump*

Toony Tunes - Son in the Dungeon