Hedonism, the philosophy that impatiently seeks immediate pleasure and avoids pain, seems to dominate much of the blog world and much of new music altogether.  The repetitive tricks of popular club music, the ingestion of ecstasy and cocaine, and the incredible rate at which new music rises to popularity only to be completely forgotten weeks later, are all examples of the dominance of this philosophy in our society today.  However, some music must be actively digested to derive the ultimate pleasure and self-actualization it can potentially bring with patience.  These are the sort of records a person dedicates a portion of their day to, to sit in front of a good set of speakers with no distractions and simply let the music take them over. 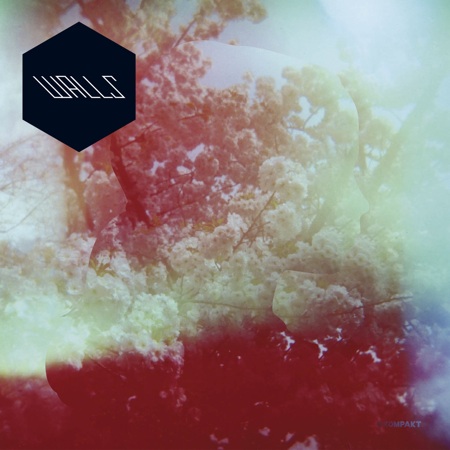 Last year, Sam Willis (of Allez-Allez) and Alessio Natalizia (of BANJO OR FREAKOUT) released their debut LP as Walls.  Kompakt has just announced that the duo will be releasing a second LP (titled Coracle) in September, and it is an LP that we can definitely look forward to.  Walls have been mentioned on Earmilk before in mixes, but warrant some publicity of their own for last year's self-titled album.  The two London residents (Natalizia is originally from Italy) produce incredibly introspective and important music together, a type of music that is not dominated by hedonism.  The exploratory, psychedelic nature of Walls leaves the listener thinking about the bigger questions, the long-term as opposed to the short.

You can buy Walls - Walls at the following online retailers: