!K7's now legendary DJ Kicks series has recently found itself in the hands of Danilo Plessow, also known as Motor City Drum Ensemble.  For those of you unfamiliar with the series, DJ Kicks is a DJ-mix series started by !K7 Records to help exhibit the skills of talented producers and DJs in a recorded setting.  In the past other artists including James Holden, Chromeo, Booka Shade, Four Tet, The Juan MacLean, Hot Chip and Apparat, among many others, have all been comissioned for mixes of their own.  The latest post on the DJ Kicks website mentions their hopes of a Burial mix, which would be amazing, yet hints at the difficulty of getting the producer to jump aboard.  Flying Lotus even produced a track for the intended Burial mix in hopes of persuading the ambient-post-dubstep producer to use it in his still non-existent mix (you can listen to it here- it's a killer track). Moving back to the mix at hand however, Motor City Drum Ensemble provides us with an interesting insight into his listening preferences with a mix that is extremely groovy- in a similar fashion to his own productions- but also consists of some older and slower gems as well.  His Raw Cuts releases from 2006-2009 (released on his own MCDE imprint) established his sound as heavily soul and disco based while still being able to retain the weight of a club system.  His sampling style and cuts heavily emphasize older soul vocals often moving over top of a Rhodes-style piano/organ groove.  While the mix itself is meant to be listened to as a whole piece, cuts of all songs can be found for individual track identification.  MCDE is, with this mix and his own tracks, great feel-good dance music with a ton of feeling and soul.  The mix consists of 22 tracks total, but I've included only the first five to encourage you to buy the mix if you dig it! They should be listened to successively, as they are taken from the mix that is meant to be listened to as a whole.

You can buy Motor City Drum Ensemble's version of DJ Kicks at the following online retailers: 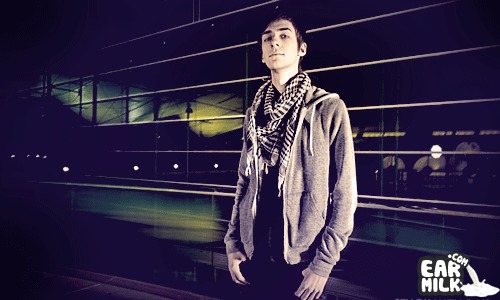