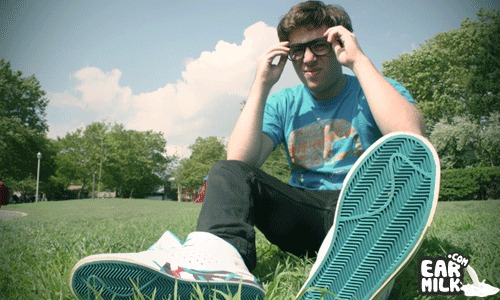 Five days from now (July 26th), Hoodie Allen will be unleashing his latest mixtape entitled Leap Year. In anticipation of that release; he has just dropped a new video for his track "The Chase Is On" which features the beautiful Sofia Black D'Elia (MTV's Skins). Now, Hoodie Allen's music is great and you'll love it but I have to admit that Sofia really makes the video that much better(Sorry Hoodie!). But trust me; you'll like the song and the video concept as well. If I spotted Sofia at a party I too would say "the chase is on". The track itself is a great party hip-hop track where Hoodie shows off his ability to squeeze in so many great references that you have to listen to a the track a few times just to catch them all. This is all bundled up in his highly infectious "repeat after me" style flow. So, check out the video and keep a lookout for that Leap Year mixtape when it drops.

Purchase: Hoodie Allen - "The Chase Is On"