Click Link Below to read out interview with Glitch Mob from that night:

About three songs into the performance we as photographers were humbly informed that our time to capture the moment was over. As I turned around to exit I took a moment to watch the crowd.  What I saw was a melting pot- screaming girls, fist pumping males and the waving hands of 6,000 people both young and old, bound together by a performance that had captivated each and every one of them. When I made my way out of the Press Area I walked directly in front of the speaker system and was rattled by the bass from the song "Fortune Days." It was time. I took the professional mask I had been wearing all night and threw it to the skies as I worked my way into the crowd, slowly revving up the 750cc Whomp machine within me that had been waiting all night to unleash it's fury. Moments later I kicked the transmission into 5th gear and became one with the raging organism that surrounded me, consumed by the thumping sound known as The Glitch Mob.

The show as a whole went about as well as it could have. Each act killed it, from Com Truise at the beginning to The Glitch Mob at the end- each artist gave their all and kept the crowd energized throughout the entirety of the show. Unfortunately, during Com Truise's performance I was back stage preparing for my interview with MiMOSA, but from what I saw of his performance he nailed it. As I made my way up to MiMOSA's dressing room The New Deal began to play, and once again I missed the set- but I could here it from within the dressing room, and from the people I spoke to who had seen their set it sounded like they killed it in typical New Deal fashion.

I finished the MiMOSA interview, made my way back down to the stage and took a moment to check the recording and make sure the audio was all there. My crew and I took a couple minutes to review the pics we had taken and to my dismay, I realized my camera had died and the extra batteries were no where to be found. Thankfully my buddy John was able to take some killer pics which you can see throughout this post. We made our way to the Press Area and prepared for MiMOSA's act.

MiMOSA has become well known for his energy on stage. During my interview with The Glitch Mob we talked about MiMOSA for a bit, and I think Justin (Boreta) said it best: "He's just one of those artists who is naturally very powerful on stage, and he gets all his recognition from just a really awesome live show and having very good music." As expected, MiMOSA brought the bass cannon and blasted our faces off. His performance was like being at a giant party, and the bass- well, the bass rattled your bones. He didn't play very much of his own music, but that didn't matter. He walked on stage and started melting faces with a sort of relentless energy that completely blew me away.

The tracks he was dropping were so filthy that after the show I felt like I had been violated- but in a good way. I'll be completely honest- immediately following his show I was disappointed that I didn't hear any of his hit tracks like "Block Party," but the more I've thought about it the more I've realized he didn't need them. What MiMOSA does on stage is his choice, and thankfully he chooses to liquify your brain with the disgusting bass and nasty remixes that one only hopes to endure during an electronic performance.

There were three acts that night that I was truly excited to see, and Lotus was not one of them. I'm not saying Lotus is a bad band or that they don't put on a great show- in fact it's quite the opposite. I saw Lotus play at the Fillmore Auditorium in November of 2010 and everyone there had a terrific time- I'm just not much of a Jam Band guy, and I don't really understand the whole appeal of paying to see guys jam on stage. All personal opinions aside, Lotus put on quite the show on Saturday. I heard just as many people after the show talking about how great Lotus was as I did Glitch Mob, and I tip my hat to them for throwing down and incredible performance. They are a band with a tremendous following, and it seems like wherever they play people flock to see them. Like I said, Jam Bands aren't my thing- but if you are a fan of that type of music you would have loved this performance.

As expected, the most jaw dropping theatricals of the night were delivered to us in exhilarating style courtesy of the hosts of the party. They revealed a new light setup, a new style of music and a set that had never been seen before, taking control of the show and earning a newfound respect from myself and the many people in attendance. The trifecta of Glitch-hop greatness threw down so hard I ripped a hole in my favorite jeans from the crotch to the knee, but their beats hit so hard that I didn't even care.

During my interview earlier that day I was shocked by how polite and down to earth they were. They are completely business minded and don't cut any corners with their performances- and it shows. Their performance had no flaws that I could see, took a crowd who had been dancing for three hours strait and made them dance even harder, and left my eardrums crying for more. This was the biggest show that they have ever thrown, and they put on the performance of a lifetime. I can't even compare the show on Saturday to the previous time I had seen them, because it was completely different. It helps to be playing at such a prestigious venue as Red Rocks, but what they did that night would have been extraordinary in any environment. This was Glitch Mob at their finest, doing what the do best- melting faces, energizing the crowd and keeping the Glitch-Hop dream alive.

Links for the interviews with MiMOSA and Glitch Mob will be up in the next 24 hours, in the meantime you can entertain yourself with these low-fat links:

If you're really bored you can creep on me via Twitter @RonnieEarmilk. 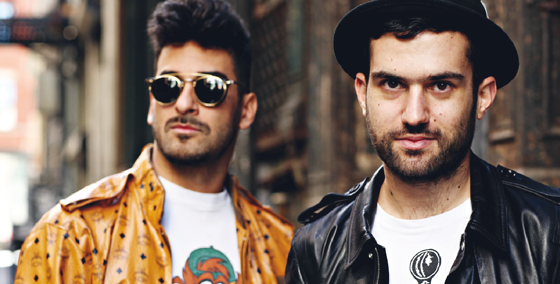