There's no exact way of knowing how many songs are released in a day. Whether it be an eighteen second kazoo ditty on Soundcloud, or a Hypem track with 4 hearts, all music deserves a shot. Even on an independent blog like Earmilk, it's impossible to cover every band/song/remix worth listening too. That's why Straight From the Teet is back, and this time…IT'S DAILY! My name is Logan (aka Running) and I will be curating Earmilk's newest old feature, highlighting three up-and-coming artists from three different genres, so sit back and enjoy some good-old-fashioned, non-pasteurized, Earmilk. Drink it fast though, because I'll be coming back tomorrow with more…

The Pittsburgh duo Rivka evokes summer imagery in an interesting way. There are loads of complicated sub-genres and adjectives I could use to describe their sound: experimental-dream-pop-throwback-shoe-gaze-animal-collective-ish-indie-electronica would probably suffice, but I would go even a step further and use some hipster cliché about smoking parliaments while riding my fixie, then somehow relate that anecdote to Rivka's sound. I'll spare you that, just download their eponymous debut record. It's worth more than your money and time.

I love finding record company websites that haven't been updated in months, it means that either 1) they're now defunct or 2) they have something great on the docket. With Zero Stars' recent release of "'72 Dolphins" I'm hoping it's the latter, and that Weightless Records gets on twitter with some news regarding Stars' next album. This track is fresh, the production is stellar, and I personally love the morbid pre-chorus of: "What you don't know might kill you, but what you don't know might thrill you." Do yourself a favor and download this song.

Montreal is basically France…right? That explains why the house music coming out of that lone francophone city is so good, and what about Ninety-Nine, isn't he proof enough? Certainly. Check his music here or download his latest DGA FAU release Revenge via Beatport. It's tough to describe house music without mentioning hi-hat patterns and four-to-the-floor beats, so just check it out already. 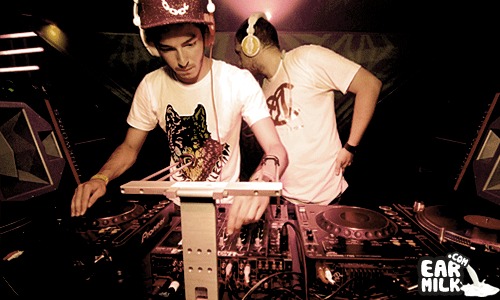