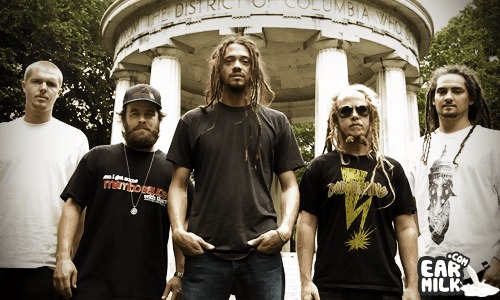 Soldiers of Jah Army (SOJA) have released a video for their track "Everything Changes".  And the track used in the video is actually the remix version of the original. Although the remixed version isn't as "reggae" as the original; it still has the reggae vibe. The video is currently running over on the MTVU "Pick This Week's Best Freshmen Video" series where they are seeking votes to have the video in rotation. The song is some downtempo and heartfelt reggae that can touch on some emotional subjects. Also, the lead singer has such a unique voice that it's hard not to like the group. This video definitely deserves to win for the week so head on over to cast your vote HERE. It's time for a reggae interlude; so, check out the video and tracks below. See if you like the original or remix version more.