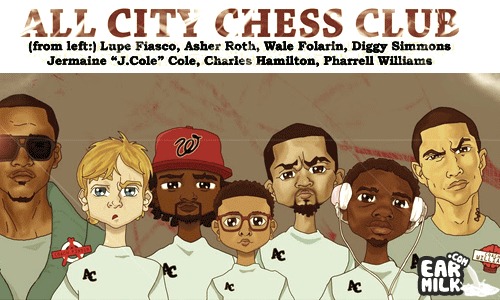 The All City Chess Club (Lupe Fiasco, Asher Roth, Wale, Diggy, J. Cole, Charles Hamilton, & Pharrell) have released a remix for the track "I'm Beamin'". A little late on this release but couldn't deny you readers this releases. With a lineup like this; it's impossible for the track to be a fail and its definitely far from it. The real question is ACCC or GOOD Music? Lupe described ACCC more as a movement than a "group" but regardless people are highly anticipating ANY release from this "movement". Check out the track below.