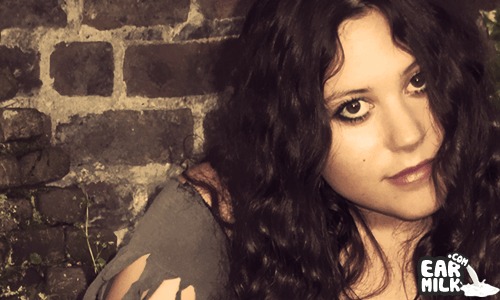 One rising star to look out for is Brit newcomer Eliza Doolittle, who's making big waves in the UK. The 22-year-old singer/song writer released her debut self titled album in July, which peaked at #3 in the Official UK album charts and is currently sitting pretty at #5 nearly two months later.

"I'm a fan of classic pop, the old school sense of the word. It's not bubble gum music, it's taking pop back to its early definition," Eliza explains to me describing her albums sound. "It's very uplifting and has a really happy summer vibe to it."

Indeed it does. Eliza's current single "Pack Up" fuses pop, with traditional Jazz and echo's hints of rhythm and blues. And with Eliza's soft melodic voice, the song has a happy-go-lucky positive sound to it. Listening through the album it's hard to pigeon hole Miss Doolittle into one specific genre. The songs generally convey an uplifting summery vibe, but as far as genre goes, there are so many different sounds mixed in to create the unique pop Eliza Doolittle sound. Going back to the original definition, classic pop has no specific genre.

"I'm influenced by a variety of music. I don't particularly have a favourite genre," the London native explains. "I'm a huge fan of Stevie Wonder, he's a legend and his music's timeless," She gushes. "Then at the same time I love The Beach Boys, Arctic Monkeys and Jeff Buckley. I listen to a wide range of music and all those different sounds influence me.

"I was very influenced by my mother at a young age. I used to watch her live on stage in musicals and always imagined singing on stage myself. In general my parents are very supportive of my career."

It seems like it was destined for Eliza to be a musician, she comes from a very creative family. Her father John Caird is a director and her mother Frances Ruffelle is an award winning West End actress and singer. Not to mention her grandmother is Sylvia Young - the founder of Sylvia Young Theatre School which boasts Amy Winehouse and Leona Lewis as past students.

However, Eliza opted not to take the stage school route: "I wanted to make it myself. I've always known I wanted to do music. I started writing songs when I was 12. At the times I thought they were great songs, but looking back at them now it's quite funny. It was just about silly stuff like liking a boy and him not liking you back etc. Just things you'd expect from a 12 year old. But I kept at it and improved."

And she improved a lot. By the age of 16 Eliza was noticed for her unique songwriting skills and signed a publishing deal. But it would be another five years until the North Londoner would make it as an artist in her own right.

In January of this year many people were probably unaware who Eliza Doolittle - real name Eliza Sophie Caird - was, but as the months have gone by, she's proving to be one of UK's brightest breakthrough artists of 2010. Her debut single "Skinny Jeans" came in at a modest #22, but recent single "Pack Up" peaked at #5. Her debut album was released on July 12th and shot straight in at #3 in the UK charts and has already been certified platinum.

It may seem as though Eliza has shot to fame instantly, but that couldn't be further from the truth. Yes her rise in the last few months has been quite rapid, but the overall journey has been anything but quick. The singer has been performing on the live circuit for quite a few years now and even released an EP last year.

"From the age of 16 I was an established songwriter, I love writing songs and expressing myself creatively. But I've always known that I wanted to eventually perform the songs myself," she explains. "I've been performing live for many years now. Sometime's I'd perform to really small crowds, but the feeling is just as rewarding. I think performing live is very important for musicians, it's where you get to really present your music and you get to connect with your listeners."

These days Eliza doesn't have to worry about performing to small crowds, pops latest starlet has been a fixture at some of the biggest festivals this year, from V Festival to Wireless and has supported Alphabeat on tour. The Quirky songstress has proven she can hold her own when thrown in the deep end.

Trainer loving Eliza is often compared to Lily Allen, a comparison I don't particularly agree with. They both have that quirky London style and both do credible pop music, but I think the similarities stop there. While Lily's sound is very contemporary, Eliza's music borrows from the past, whilst still exuding a modern sound.
http://vimeo.com/12035633

Not only is Eliza Doolittle's music a breath of fresh, her personality is too. It would be hard to find a bad word to say about her and I think it's only a matter of time until this rising star is a household name on the other side of the pond.