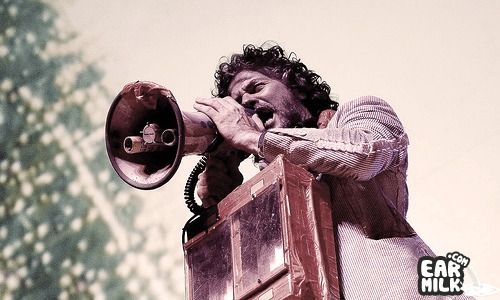 There has been some buzz going around about The Flaming Lips making a cover for Pink Floyd's "Dark Side of the Moon" album. I think it sounds like a pretty good idea...but it's just hard for me to understand why they want to do an album pretty much no one on the planet could make better. They do a pretty good cover of "Eclipse" her at KCRW's Morning Becomes Eclectic. They stopped by to talk a little about their recently released album, 'Embryonic'.

The band did reveal a few details about the cover album, but no release date. In the meantime, check out the video here! They start rocking on Eclipse towards the end, they play one of their tracks first. So, either listen or skip through.