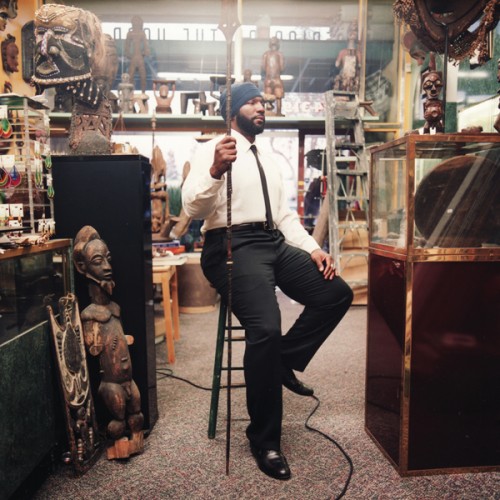 Here are the creative partners rocking an awesome show in the city of love. After listening to their albums, and then seeing their live performance, one could almost argue that Sa-Ra are a reincarnated Funkadelic, well, minus the performance art. Unfortunately they dont tour anymore, but I have read on multiple occasions that there will never be another live performance like George Clinton and the Funkateers used to perform. Nonetheless Taz, Om'mas and Shafiq know how to have a good time with just their back up band, the audience and a couple scrippas. As always Taz is eccentrically dressed, looking like a more modern version of someone off the cover of Eddie Gale's Ghetto Music. Shafiq Husayn on En' A-Free-Ka after the jump.

Shafiq speaks on his latest solo effort, how he came up with the album's concept and even tells you a little about his own history. Having worked with Ice-T during his "New Jack City" days along with a slew of other MC's and producers, this guy has been producing for major hip-hop personell a little over 20 years now. It's know wonder his style with Sa-Ra is so afrofuturistic.