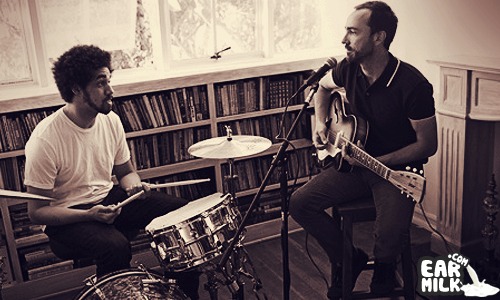 Danger Mouse, one half of Gnarls Barkley, and James Mercer, lead singer of The Shins, have decided to team up and make a new band together. The tentative name for the band is "Broken Bells" but they have said this name isn't for sure yet and may change in the future. They also said this isn't your typical group that will just have production by Danger Mouse and then nothing else really comes from it. They have plans to keep the band going well after their first album and they say they are in it for the long haul.

This may seem like an unusual combination of artists but Danger Mouse has been really busy in the last few years working with a wide range of artists in all types of genres. Danger Mouse and James Mercer have already put something out of them working together. They did a song together called "Insane Lullaby" on the album Dark Night of the Soul which leaked a few months back. So keep your eyes pealed for releases coming from "Broken Bells" and meanwhile listen to the the track "Insane Lullaby" produced by Danger Mouse and vocals by James Mercer.