Eels - The Look You Give That Guy Video 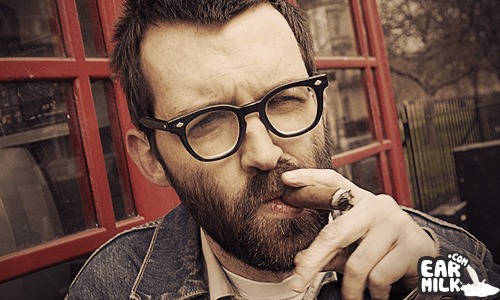 Eels has been one of my favorite rock bands for a while. They are a little more mellow than most, which makes me dig them a lot more than what is usually out there. Their newest video "The Look You Give That Guy" features Top Chef star Padma Lakshmi, and of course, Mark Oliver Everett's (E) mal-formed dog, Bobby Jr.. If you have ever seen anything with the band, you will probably have seen Bobby Jr. before, making appearances in many of the Eels videos, and even singing a solo on "Last Time We Spoke" and the 2005 release "Blinking Lights and Other Revelations".

Their last album Homre Lobo was released this last June, and it kills. By the way, if you don't speak spanish, Hombre Lobo means "wolf man" or "werewolf". If you have ever seen E's beard you will understand. Epic. This song rules, so does the video. I'm also going to throw in their track "Fresh Blood" and the video also from this album, just because its super gnar and I'm pretty sure if you like music, you will like this. Enjoy.

Eels - The Look You Give That Guy