Keeping the Artist in Mind: A Look at the A3C Conference & Festival [Recap]

3 years ago by McKenzii Webster

Each year in early October, thousands of people flock to the annual meeting of the Hip-Hop minds in Atlanta, GA called A3C (All 3 Coasts) Conference and Festival. In it's 13th year, there are no signs of the conference and festival slowing down.

"This is authentic to the city. I was born and raised in Atlanta. On the 16 hour car ride back from Austin, Texas, I say, 'Why the fuck isn't this in Atlanta?'. The city is starting to own this and embrace us. Since 1996, Atlanta is the most influential cultural city in the world, like in terms of Hip-Hop. I could not do this anywhere else. The pool of talent and creativity and minds that we are pulling out of Atlanta to do this conference. Show me that in another city. Shout out Atlanta!"

What also separates A3C from the other conferences and festivals taking place all over the world? It was made for and continues to be for artists. Walbert stated,

"We started as a platform for artists. That was the origin, and we kind of built off that. There wasn't a conference, a festival, a creator's complex, no action summit; but there's a graveyard of the last eight years of things we tried. We're not afraid to try things. We're not afraid to fail, but the key is to look back every year and see how we can do it bigger and better."

That's exactly what attendees look forward to each year - innovation. Each year, the A3C team makes sure to include panels that feature the leading individuals discussing and sharing their insight on hot topics impacting the culture. For example, this year's conference featured panels on streaming, digital marketing, publishing and licensing, building the perfect team, and so much more. One particular day of the conference that stood out to me, was the second day which was centered around music and technology. It featured a showcasing a music tech start-ups, as well as panels featuring Dallas Austin, Techstars Music, Amber Grimes, and many others. 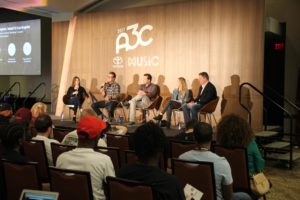 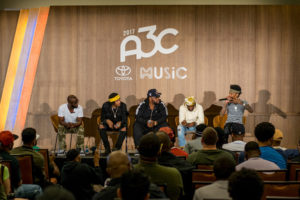 This year, A3C teamed up with TuneCore, one of the leaders in independent digital music distribution. TuneCore set up shop during the entire conference portion of week and signed up hundreds of artists on site. They also talked with active users, as well as answered questions about their services. Scott Ackerman, CEO of TuneCore said,

"At conferences such as this (A3C), I've literally have - over the last 3 days - over 50 artists come up to me and thanked TuneCore for helping them with their career. My immediate response is that I put it back and say thank you for being such a great customer, but it's a great feeling to get that touch point. I think what's important here is as well established as we are and we continue to build our brand worldwide, we still have a long way to go. We've had over 200 artists come through in the past 2 days, who had no idea that there was a platform like TuneCore to get their music out. It's two fold - it's great to hear the success stories, but it's also great to know that we still have a huge opportunity to outreach and educate grassroots artists that there's this opportunity."

It makes perfect sense for companies such as TuneCore to have a presence at a conference like A3C. With hip-hop now being crowned the most popular genre in the world, attendees of A3C are the target market. "Hip-Hop's our largest genre, and it continues to grow very fast. That's why two years ago, we made a decision that it was important to be here in Atlanta (satellite office) as well," shared Ackerman.

A3C keeps it's finger on the pulse not only with its conference programming but also it's showcases and festival. "Secret to our sauce is not booking 500 artists. The secret to our sauce is knowing who knows what's up. What we do really is book 50 people, and those people book 20 people," said Mike Walbert. 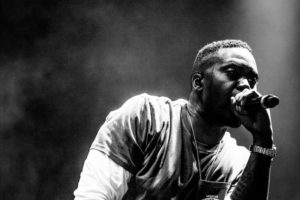 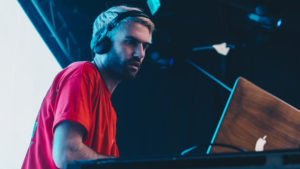 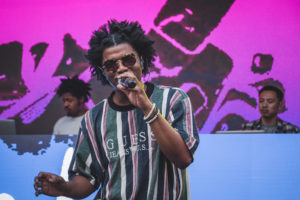 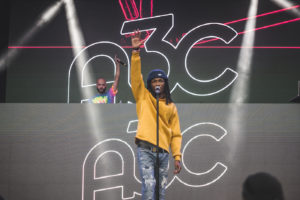 A3C has become an annual staple; and if it continues to put artists and the culture at the forefront, it will remain a force. Now, the wait for next year's conference and festival.