In today's incredibly diverse electronic industry, many artists are tormented with the pressure of playing easily accessible music for the general public or risking popularity by releasing a personal track that's new and honest. The beats that blare from the club speakers pale in comparison to the beating hearts of hopeful fans seeking a sonic escape from the stresses of everyday life. Many fans seek out any means for ritual dance as a celebration of life.

So, how does an artist find that special balance between playing a proven popular dance track but still bring new music into the world? To discuss this notion further, EARMILK caught up with Canadian electronic duo HUMANS, following their set at Coachella's Do LaB tent. Consisting of Peter Ricq and Robbie Slade, the duo produces an array of sound that flutters above punchy house and bass elements, laced with hard-hitting melodies and a vivd range of instruments.

"DJing is living between what your audience wants and what you want to play. From there, it's trying to find that middle ground. A lot of DJs will just give in and play what the audience wants to hear and at that point the music just becomes (insert fart sound). There are times where a DJ should be showing them some new music when they can." HUMANS

While many successful artists (...Calvin Harris) are on the main stage at major music festivals blaring samples of Adele, Drake, Daft Punk or whichever other proven crowd-pleaser, the industry as a whole is actually seeing a steady rise of true electronic singer-songwriters. Relatively new artists like SG Lewis, Justin Jay & Friends, Bob Moses and especially HUMANS are providing high energy dance bangers, while still incorporating vocals and sounds originating from their own creative minds and hearts.

"For me, it's easier to write songs by first taking out my guitar and coming up with a chorus first. Then when you add in the electronic element, you strip the song down big time. Even tough it will sometimes completely change it, that's in fact a part of the process. Sometimes the end point is completely different from when you started it. That's the way I get there and I haven't really figure out a short cut. If I try to make a beat and sing over it, it feels a bit shallow. but to be honest I like doing it the long way, it helps me enjoy the creative process more."

As a fan, there are many times where we want to hear those recognizable samples. A familiar late 90's R&B chorus following a deep bass drop while dancing int he crowd with your friends is the perfect pairing for night full of dancing. For many people, the electronic industry can sometimes be incredibly difficult to navigate between what's popular fluff and what's genuine. You either sway around in a low lit room to some deep Berlin house or your being sprayed with a water canon on a hot sunny afternoon at the Do LaB stage at Coachella. Whichever venue or sub-genre you're listening to, there is still room for authentic music artistry and as electronic music continues to evolve, we are seeing the rise of more Bonobo-like performances introducing live elements. This has even been seen in a lot of new age hip hop. A genre that shares many basic electronic elements, they have seen the growing popularity of live jazz and blues being introduced thanks to artists like Kendrick Lamar, Chance the Rapper and Anderson Paak.

Yes, there is a balance that can be achieved but as long as you respect the fan. Any experienced performer will know how to feed off the crowd and read their appetite. Sometimes they'll want more of the hits but sometimes they're willing to lay their trust in whatever you want to give them. It's important to have something ready for both. There are solid dance nights and then there are shows that change your fucking life. Now and then, it's worth shooting for the latter.

"When I start writing a track, I don't think of it as being a hit. I'll mostly try to begin writing it from the heart, figure out who this is for and add in the electronic elements to see how I can get this to as many people as possible."

Check out the rest of their tour dates here: 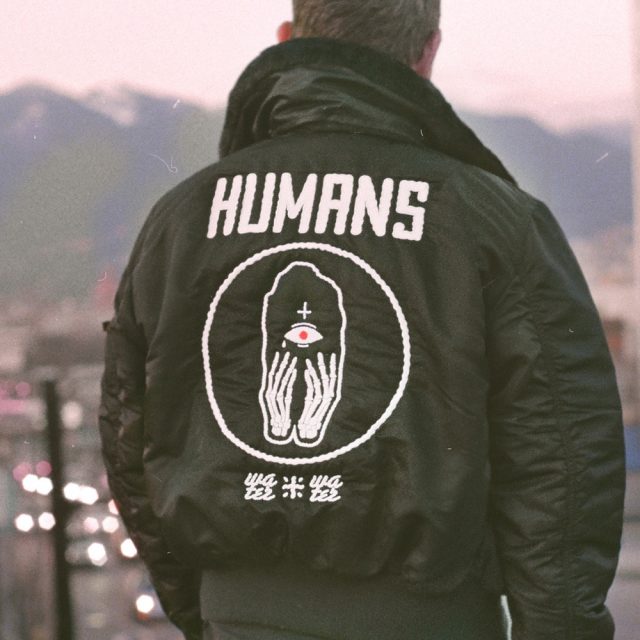