The Dying Art of The Album

NPR recently released its list of 150 greatest albums made by women. Among the top twenty are Fleetwood Mac's Rumours and Patti Smith's Horses, with Blue (Joni Mitchell) sitting at the number one spot. One pop, one distinctly punk, one a folk masterpiece peppered with the tiniest hint of the experimental jazz sound its creator would develop over time. The femininity of the artists is not, however, the only thoroughfare between the albums on this list. Over half the albums chosen by NPR were released between 1970 and 1989. In the span of two decades – not a notably long time when you consider how long it takes to make an album from inception to final mastered piece – the majority of long-lasting, critically acclaimed albums were made.

Progressive rock, a genre of music which reached its critical peak in the early and mid seventies with bands like King Crimson, Genesis and Yes, is characterised by its experimental approach to instrumentation. Artists focused on long songs – rather than two minute "bangers" – and those songs acted as premise to the real masterpiece, the album. If "21st Century Schizoid Man" is an introduction, In the Court of the Crimson King is Robert Fripp's glorious thesis. An album is so much more than a simple collection of songs. An album is an anthology of poetry or an exhibit in a museum. It is carefully curated, a selection of music and lyrics that make a statement not only as standalone pieces but as a whole collective idea.

In the last decade especially, YouTube, Apple Music, and Spotify have dominated the music industry and monopolized the market (both monetarily and in terms of pure traffic). Streaming is the thing now, and although some great albums have been released in the past couple years, they typically come from already established artists signed to major record labels. In the new music world, albums are few and far between. From a purely monetary angle, the idea behind these services is simple and makes a lot of sense: consumers want accessibility in listening. Spotify should be the happy medium between twenty dollar CD's and Limewire (R.I.P). Music fans and listeners want to be able to carry around their music, plug in on the subway, and not pay an exorbitant amount of money to do so. We also, let's face it, sometimes don't want the whole damn album. I love me some Britney Spears, and I could talk all day and into next week about how Baby One More Time (also on NPR's list!) revolutionized the pop scene. But I honestly could not sing you a single lyric from "I Will Still Love You" or "Thinkin' About You." And yes, I did just google the track list for that album. Then again, sometimes I do want the album. Sometimes I care enough about an artist to want to hear how they expand their artistic concepts and explorations into a cohesive work.

As I understand it, streaming services pay a small amount of money per stream, and a lump sum for the rights to release on whatever platform. The artist is then required to distribute this money between PR, management, the rest of their band, songwriters, etc. This, for obvious reasons, can be good and bad. Drake might get paid a large amount of money per song and amass hundreds off millions of streams, but he's also got to fork up cash for everyone on his team. I spoke to Ailbhe Reddy, an exceptionally talented folk musician and friend about the distribution of cash from streaming services because naturally, I wanted to know if streaming was at all lucrative for smaller, more independent artists – if it's going to kill the album, Spotify should make up for the deficit in art by paying musicians adequately, right?

Spotify has been really lucrative for me. I was able to fund my entire second EP off the back of the first EP recording, and another single with PR. I have profited a lot from Spotify, its changed the game for me. A few years ago I just had an EP up on iTunes and even when people bought it I got ninety nine cents for a song. I think the pay per stream is better!

One of the things I desperately miss about an album are the slow-burners. Not everything is supposed to be a hit single and I quite honestly, for much of my life, have measured an artists talent by the way they are able to fill up the negative space on an album. Take Rumours. How the hell are you supposed to follow "Dreams"? How does one get from "Go Your Own Way" to "The Chain"? Fleetwood's answer is simple: Christine McVie's melodically and lyrically stunning "Songbird". It's not a hit, and it doesn't have to be. McVie was so often dwarfed by the ethereal fairy-child that was Stevie Nicks circa 1977, all gypsy lace, bell sleeves and otherworldly growl. But on "Songbird", McVie is anything but forgotten; the heartbreaking track won't allow it. When I asked Ailbhe whether she felt pressure to make every single release a "banger" she said:

There is pressure to make everything a banger, but I think that's a longstanding pressure on anyone who starts to do well. You have to keep upping the game. There are songs I have [as an artist] that I just am not going to invest in because they aren't 'single material'.

Some of the greatest songs of all time are songs that, were they released as singles, would have tanked. To make up for the lack of exposure for these tracks on streaming services, we have curated playlists. A slow-burner, when released now (if they're released) are put on Spotify's "Monday Morning Mood" (or something), and although this allows for discovery, the fact is these songs are becoming fewer and farther between. And it's a crying shame. 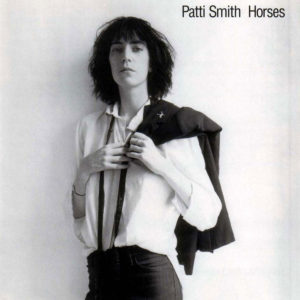 The other crying shame is, of course, the loss of artistry. There are artists out there who have the talent, capacity and depth to create something masterful, to be discovered because they put that album out. The problem is they don't have the bankability. They have to release single after single after single, hoping to get the following or attention from a label that would financially front an entire studio LP. Is the album going to become a thing of the past, something nostalgia-inducing in its format as well as in specific material? I understand the market has to move, the world has to grow, and things have to change with the times. Albums are still necessary, and hopefully they never go totally out of vogue. But I'm worried. I'm worried about what it says of the human attention span, what is getting lost every day. I miss the idea that an album could make or break an artist, I miss songs that sound like sighs, creating necessary space between the songs that everyone will remember anyway.