1 year ago by Ry Smith

Allow me to state this as succinctly (and emphatically) as possible: CRSSD is without question the best techno and house festival on the west coast. Since its emergence five seasons ago, CRSSD has become one of North America's most celebrated electronic music festivals. Each year CRSSD curates two industry-leading events (a spring and a fall edition) which champion a balance of the dance world's most talked about talent and future stars. A combination of forward thinking bookings and the idyllic Pacific coast backdrop at the Waterfront Park truly make it one of the crown jewels of the West Coast festival calendar.

With that said, describing it as a "techno and house" festival may be a bit of a misnomer. While many festivals simply pay lip service to the concept of cultivating a diverse musical lineup, CRSSD truly shines in this aspect. A quick look at the lineup reveals talent from practically every facet of the music industry. CRSSD is one of the few festivals that's capable of featuring artists who have sold out stadiums (Kaskade) right beside artists who are more comfortable in a dark warehouse vibe (Richie Hawtin). Even within genres, CRSSD is able to offer the soulful house stylings of Brit maestro MK in conjunction with Eli & Fur's deep house leanings, all before blowing us out the water with a heavy dose of bass house with a rare b2b set by Walker & Royce and Shiba San.

About playing the festival, duo Walker & Royce had this to say:

To us, CRSSD is the quinessential California festival. It's a 21 and up crowd and (not to hate on the younger crowd), it kind of creates a vibe that's a little more mature and musically sophisticated. The industry really needs more scenes that CRSSD is one of the best to do it.

Speaking of the water, we should discuss the actual venue. The aforementioned Waterfront Park is located in the heart of San Diego on a natural harbor. The harbor gives CRSSD an aesthetic that's truly unique and with weather conditions permitting (as always) it makes for a very comfortable festival experience. The temperatures never reached unbearable temperatures during day or night and a light breeze from the harbor maintained a modestly cool environment for attendees. 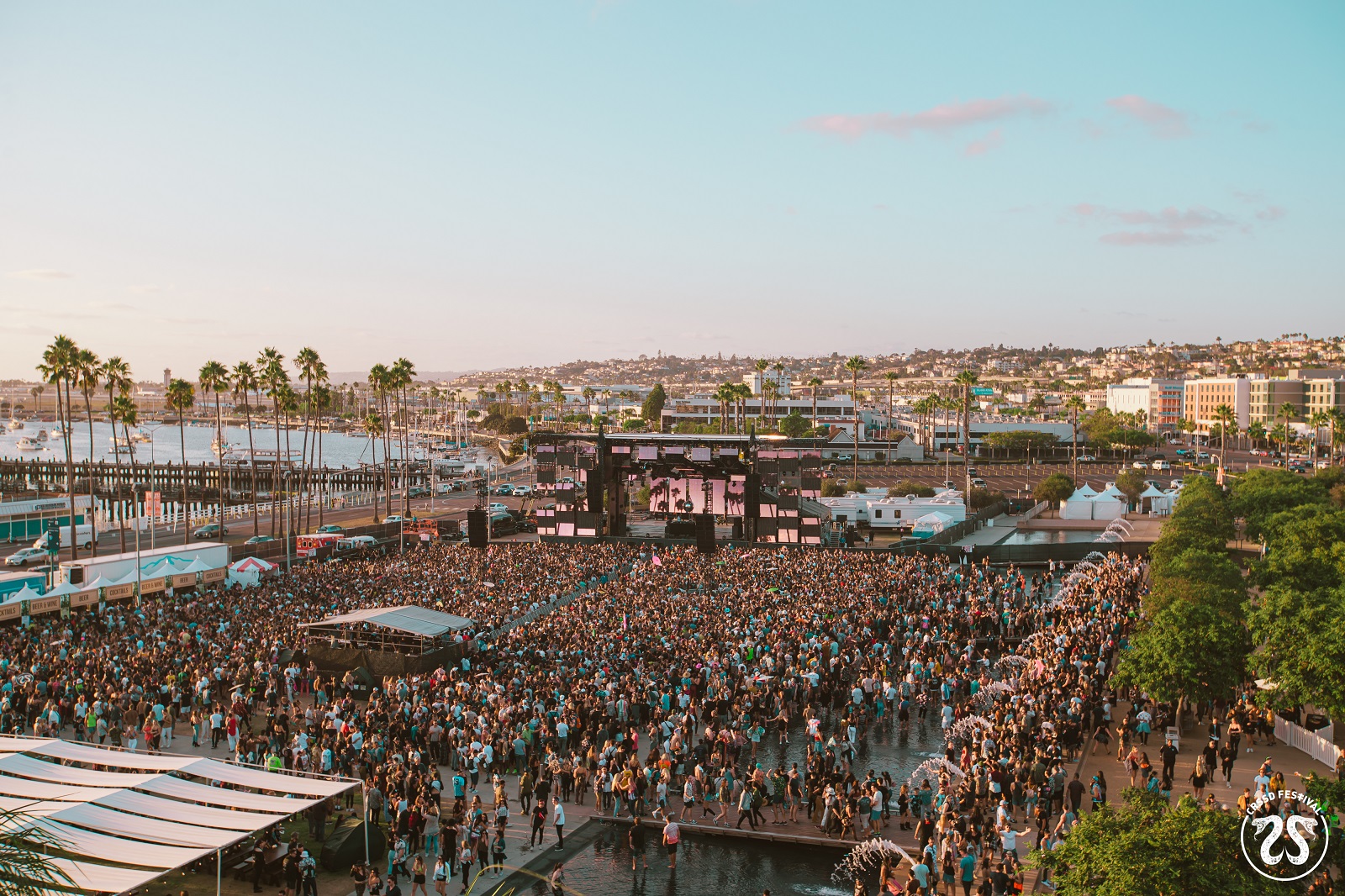 By nature or design, CRSSD's cityscape backdrop mandates that the festival can never grow too large or unruly, as the festival offers only three stages over two days. Moreover, CRSSD isn't an event looking to dazzle or impress anyone with massive LED or light productions or displays, a la Electric Daisy Carnival or Tomorrowland. From entry to exit, CRSSD's only goal is to provide the best DJs and producers the chance to play for a crowd they know will not only love, but truly appreciate their music. With that said, the stages themselves were still fun and well decorated, and more importantly all provided clear and focused sound production. While there was the occasional sound bleed between stages, for the most part once you arrived at an actual stage, you got crisp audio quality all night.

Upon entry attendees were greeted by Stage One, "The Palms," located at the very front of the festival. While primarily catering to House music aficionados, this stage also surprised many people with gorgeous sets from Yaeji and disco revivalist Tiger & Woods. But overall the stage carried meaty house vibes all weekend, from the aforementioned MK to the Walker and Royce b2b Shiba San closer on Sunday. 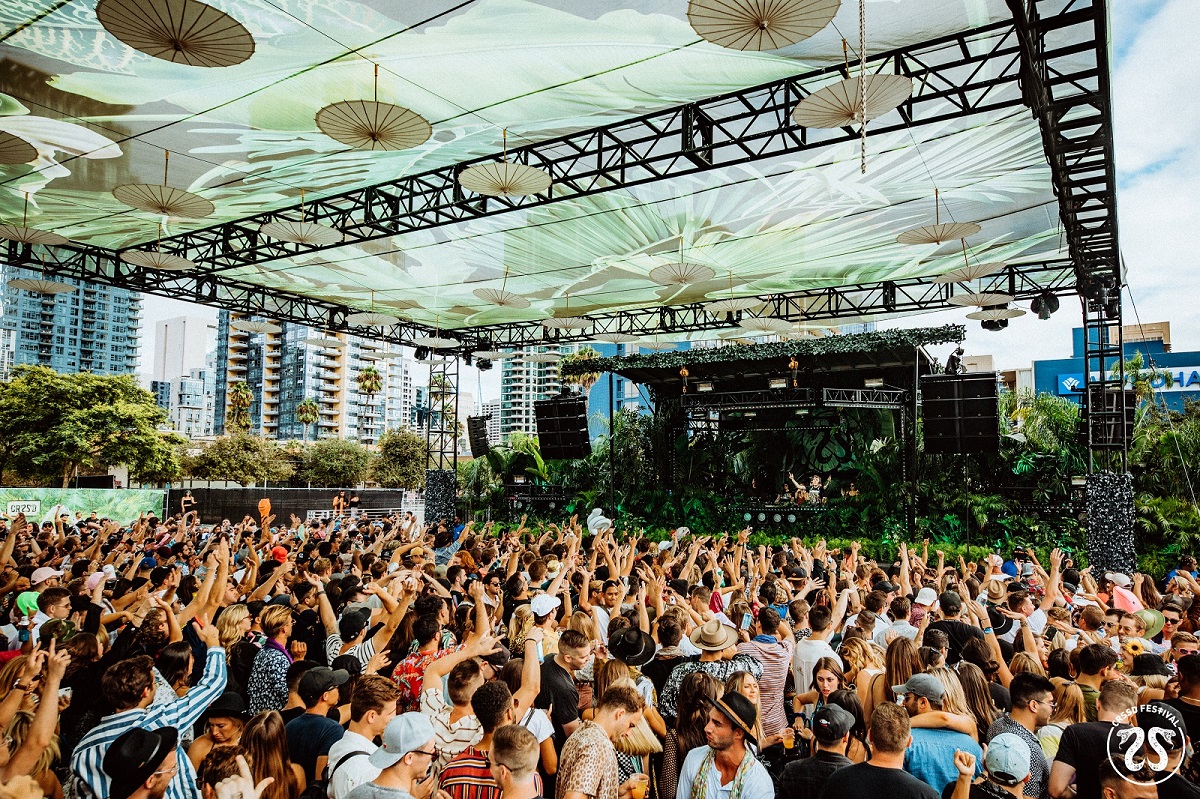 Next up was my personal favorite stage of the entire weekend. "City Steps" stage, so dubbed due to its proximity to the steps of San Diego's City Hall building, banged all weekend with some of today's biggest Techno DJs. This is where Richie Hawtin proved why he deserves to be one of Techno's top names, and why Amelie Lens proved why she will soon deserve that title as well. 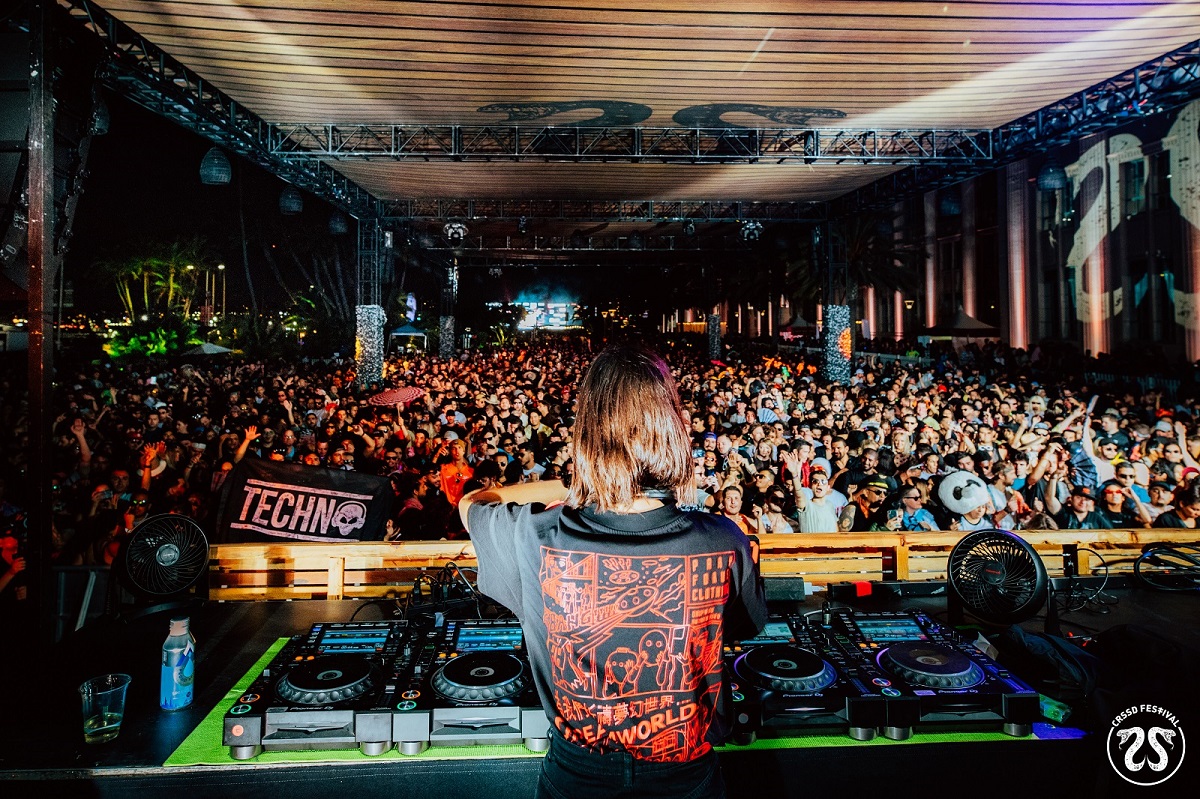 If CRSSD were to dub anything it's "mainstage" (although I suspect the festival would resist such designations), it would have to be the previously pictured and quite picturesque "Ocean View" stage. This is where many of CRSSD's biggest names, such as Kaskade and Hot Chip played to the largest crowds CRSSD has seen. Additionally, as the technically biggest stage, Ocean View stage hosted multiple live band setups as well as DJs, with Portugal. The Man and SURVIVE all playing traditional live music shows. 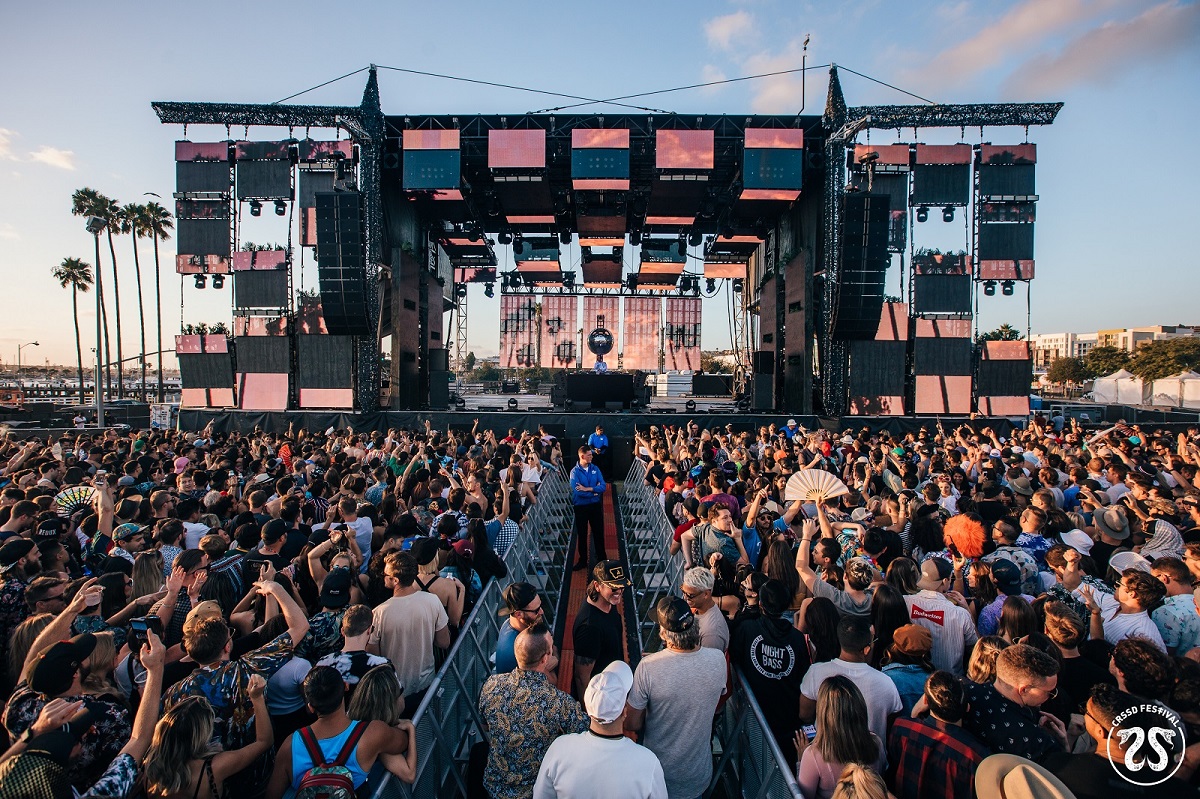 For me, this weekend at CRSSD represented the best of what the festival experience can provide. While many festivals go all-in on production values and spectacle, CRSSD has always maintained it's position on providing the best musical experience for true music fans. Conversely, don't let the lack of visual panache fool you. CRSSD has its own distinct aesthetic found in it's curated culture and focus on music that few other festivals are capable of reproducing. As I stated above, CRSSD is really the best thing happening on the west coast. For those lucky enough to attend, follow the links below to stay up to date on the latest news on your new favorite festival