9 months ago by Celeste Daniella Ceres

Decade after decade, Black artists have set the bar for originality and innovation in popular music. While Prince, Frank Ocean, and André 3000 may be top of mind when one thinks of inventive, genre-fluid Black artists, something special is brewing just north of the border. Canada is home to trailblazing Black artists who are repping their roots and spearheading a new direction in the music scene. For Desiire, Haviah and Omega Mighty, and Lou Phelps, their identity as Black Canadian artists is embedded in the genre-fluid music they create. For them, honouring their Blackness isn't confined to February. EARMILK caught up with the four powerhouse artists before their appearances at the 20th anniversary of Wavelength Winter Festival. 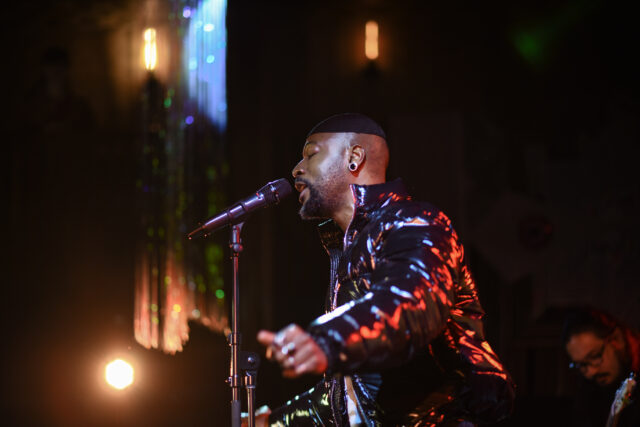 Desiire is a Congo-raised, Toronto-based singer-songwriter whose musical palette dips into the likes of R&B, house, soul, and jazz. While his flexibility as a musician allows him to excel in any soundscape, ultimately, his ethos as an artist ties back to his African roots.

EARMILK: In both your music and art direction, you really champion the beauty in the history of African culture, for example, in your recent video for Light Down Low, your face makeup was Fela and 70s African inspired. How important is it for you to take concepts from your African roots and bring it into the present day in your music?

Desiire: It's incredibly important for me to incorporate my African roots into everything that I do, sonically, visually and artistically. Growing up, I didn't really see my heritage being represented in contemporary R&B music so it's essential for me to inject as many African themes as I can in my music. Light Down Low was an incredible experience to work mainly because of the fact that myself, the director ( AYO ) and the lead actor ( CYNNAMON ) were all from the continent. Being able to tell a queer story from the perspective, sounds and lens of the new African generation was so special.

EM: How important is it for you to champion other black Canadian creatives in your work?

Desiire: It is one of the things I think about as soon as I start a new visual project. There's nothing like working with creatives that share the same influences and values. The creative industry has come a long way in working towards representation in front of the screen but there is still quite a lot more to be done towards achieving the same thing behind the scenes. The " Light Down Low " was one of my first experience being on a set that had a majority-black creatives in the room. All of the videos and photo cover arts in the past 3 years have all been shot/directed by black creatives and I hope to continue doing the same, so the next generation of visual artists can feel like they have a place to step into when they are ready to enter the creative world.

EM: What is your one wish for other African Canadian artists?

Desiire: My wish for all African Canadian artists to achieve mainstream success in Canada and worldwide while still being able to represent their heritage to the fullest. Canada being the incredibly multicultural country that it is has enabled us to experience cultures from all over the world, which influences our music a great deal. To be able to experiment with these influences while still remaining true to our African, Carribean, Afro-Latin culture is the ultimate dream. 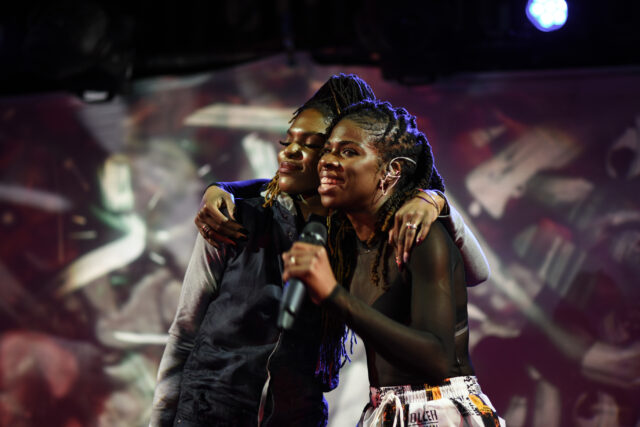 For the Bajan-Jamaican sister duo, being multifaceted runs in their blood. Haviah is a singer, rapper, producer, and instrumentalist who has been making strides in Toronto and abroad. Most recently, she won the CBC Polaris Music Prize for her debut album, 13th Floor. Her sister Omega is not just a frequent collaborator of Haviah's, but a triple threat in her own right. In addition to being an independent artist, she is also a business owner, choreographer and professional makeup artist.

EARMILK: Your album '13th Floor' speaks on how racism has been abolished (lawfully) but in reality, still exists. You made history in Canadian music by having the first hip hop album to win a Polaris prize - as a black Canadian artist, what did it mean for you to win that award given the themes your album speaks on?

Haviah Mighty: Winning the Polaris Music Prize was definitely one of those gratifying, time-shifting moments in my young career where I felt like the politics of life, and the implications that it has on black livelihood, was not a preventative measure. In fact; because I spoke to those experiences on the album, its acknowledgment is definitely a step in the right direction. It’s a reminder - because there are so many opposing reminders - that change is possible!

EM: What are your hopes for other upcoming black Canadian female artists who are trying to navigate the politics of the music industry?

Haviah Mighty: My hope is that more black Canadian female artists will be able to penetrate the walls of this industry, that are designed to allow certain people/types in and keep certain people/types out. We have so much to learn from people whose experiences are different than our own.

EM: As a singer, dancer/choreographer, instrumentalist and MUA, you are an artist in every sense of the word. In many ways, you show just how multifaceted black girl magic is. What's the one thing you most want to be known for?

Omega Mighty: I want to be known for being a mogul; an all-around multi-talented boss. Gone are the days where industries do not co-exist and downplaying my passion and god-given talents would be simply doing myself a disservice. I challenge the black community to embrace their multi-faceted and multi-dimensional selves, for this is one's true and authentic identity; of which has notably become complacent in an effort to "fit in". I've had to learn that naturally, I am designed to be a business professional, makeup artist and lover of all things beauty, singer-songwriter, musician and overall performer, wife and sister; all at the same damn time. It's the way that I'm wired. While learning how to channel my energies efficiently has proven challenging from time to time, the Virgo in me requires that 20 website tabs be open at once, and that I simultaneously write and perform music with vision that stretches through to stage production. That's why the honour to perform alongside my sister and curate imagery for "13th Floor" is so grand to me. I'm focused on challenging the stereotypical images of the black woman that put her in a box. Rihanna has to be one of my biggest inspirations; a simple island girl turned global icon, despite any barriers! 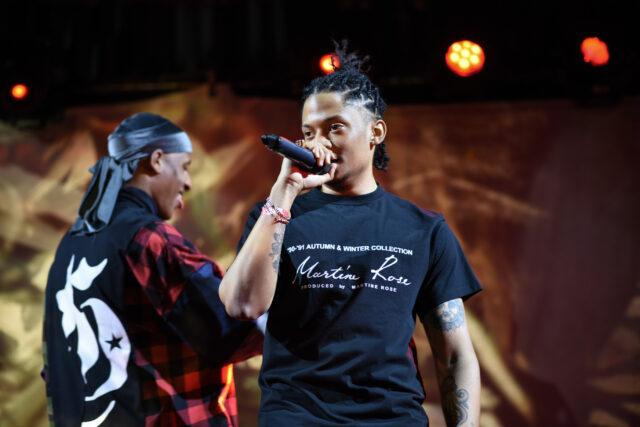 Haitian-Canadian rapper and producer Lou Phelps' creativity is evident in his unconventional musical style. He pairs swift flows with funky dance and gritty hip hop beats, creating a repertoire where not one song is crafted from the same element. For the native French speaker, who's brother is producer/DJ KAYTRANADA, the possibilities are endless when it comes to how he chooses to express his art.

EM: Being a French Canadian of Haitian descent, how do you wish to add to the history of where you're from?

Lou Phelps: Since a child, I had dreams of impacting history. Not necessarily Haiti or Canada. I want to add to history on a global scale. My wish is that my music touches and moves people internationally.

EM: How important is it for you to open the doors for those who are native French speakers but want to rap in English?

LP: It is extremely important because it’s a way to express yourself and it’s a way to let people know that you’re allowed to do whatever you want to do but you just gotta put your heart into it.

There's no denying the profound contributions that Black artists have made in bringing the music industry to new heights, and these four heavy-hitting Black Canadian Artists are no exception. They are rule-breakers who are making history in the Canadian music scene, 12 months a year. Check out photos from Wavelength Winter Festival below.