Another Venue, Another License - What are we solving?

On 7th September 2016, after a well publicised review into the deaths of two people at Fabric in London, the nightclub received a permanent closure notice and the license was revoked. Despite campaigning from DJ's (Seth Troxler, Eats Everything, Jackmaster to name but a few), venue-goers and politicians - including the Mayor of London Sadiq Khan, the club looked to keep its doors closed forever.

This of course caused uproar among the many. £200,000 was raised towards a legal fund to fight the closure, and in November 2016 Fabric made a deal with Islington Council, the borough in which its found, to re-open the club with strict new conditions. A brand new ID system, a lifetime ban for anyone found dealing or in possession of drugs, and no under 19's allowed between Friday 8pm to Monday 8am. Great, that's solved then I guess. Fabric is open and we can all go along and have a lovely time and forget the closure ever happened. Wrong.

It's now a year on, and today saw the loss of another clubbing institute in Birmingham after having its license permanently revoked due to a drug-related death. 19-year-old student Michael Trueman, was understood to have taken MDMA at The Rainbow Venues at a Halloween event, and tragically lost his life. He was discovered in a disorientated state by security inside the club and was taken by ambulance to Heartlands Hospital, where he passed away the following evening.

To me and anyone else involved in this world of love, freedom and music - it is plain to see that the deaths which take place in these venues are caused by nothing more than ignorance and a lack of understanding when it comes to the use of illegal drugs. It is so frustratingly clear that this is something which cannot be stopped in its entirety. The war on illegal drugs in music venues will never be won, however, it could be solved in armistice - between councils, educational institutes and with each other. How many more of these incidents must the government stand aside and watch until actively intervening, as opposed to ignoring and painting over? 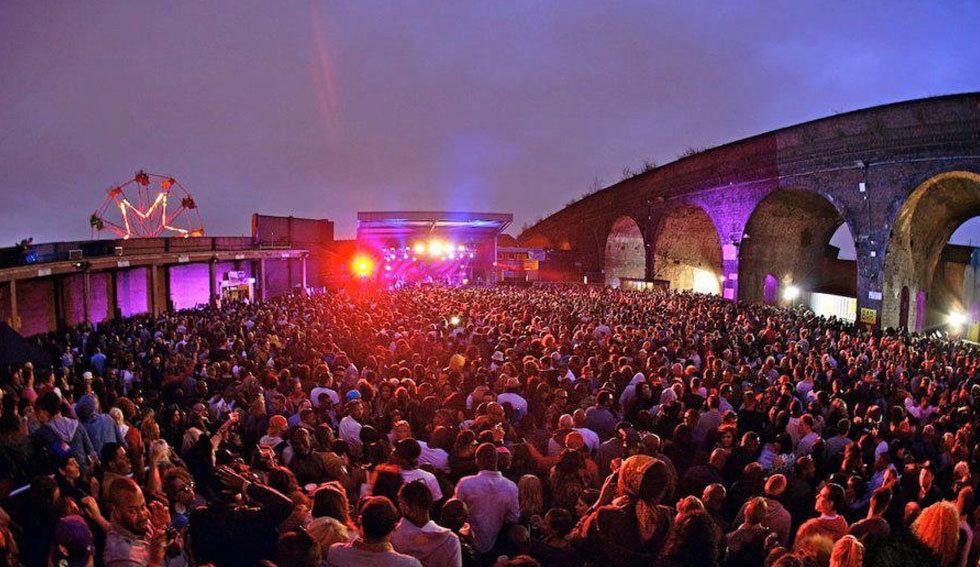 The closure of the venues does nothing more than push the young dancers to a different venue, wherein drugs will still be consumed and these deaths will still occur - and another license will be revoked. If this is the case - streets, pubs, schools, universities, shops, hotels, and pretty much anywhere else you can think of where a substance-related death has happened - should close. Sounds ridiculous, right?

By brushing the real issue under the carpet (lack of education surrounding the consumption of illegal drugs), this becomes a monumental roadblock in moving forwards and making a real change. We can't rid venues of drugs, but we can educate the young, and work to prevent tragedies such as the lives lost at Fabric and Rainbow Venues. Educating on the dangers of consuming too much or too many different substances. Listening to young people who may want to try drugs, or are worried that they cannot find help if they are trying drugs for the first time. Advising on how to be safe and look after yourselves, as well as each other. This information is a basic necessity which needs to be readily available. This is where the focus should be, and with every venue that closes we get further and further away from this focus.

So they have taken away @rainbowvenues licence in Birmingham bc someone died in the club. This isn’t going to stop people taking drugs in raves. There needs to be another, more sensible solution. #RainbowLicence

The Loop, an organisation focused on drug testing and prevention of harm to club goers, are one of the only organisations of their kind in the U.K. They're in partnership with VICE and Mixmag, and also working alongside forward-thinking Cumbria Constabulary and Manchester Police to educate on the use of drugs at festivals, clubs, and anywhere else you'll find them. Thanks to The Loop, you can find out more about the drugs you're taking, and how to keep you and your friends safe. You can also read an incredibly brave and moving testimonial from a mother named Anne Marie Cockburn, who lost her daughter to an accidental ecstasy overdose. Anne believes that had campaigns like #CrushDabWait, the educational MDMA crystal campaign from The Loop, existed - her daughter may still be here today.

Visit The Loops website here to find out about their festival drug testing initiative and information on how to look after yourselves and one another. Talk To Frank is also a UK drugs charity, with unbiased information on substances and an A-Z of what you'll find circulating on the streets and dance floors - you can visit them here.

The Rainbow Venues have since released an official statement, explaining their decision to appeal:

First and foremost, the venue’s thoughts of comfort and condolences are with the grieving family and friends for the tragic young loss of life.
From 2004 The Rainbow Venues in Birmingham has been promoting the night-time economy and night-time cultural offer. We have spearheaded the cities recent underground dance and commercial movement over 13 years ago. But it wasn’t just about dance music - we incubated some of the UK’s finest independent and creative talents, from street food to dance, to drama and live music.

We have been resurrecting redundant buildings and regenerating an area around Digbeth with creating and performing arts spaces. Showcasing new local and international talent, theatre, comedy, food and electronic music. Our aim was to make the night time economy more inclusive and accessible. It's growth was organic and genuine: There were no outside investors; just hard work and dedication. Every penny that came in was re-invested into Birmingham helping enhance Birmingham’s night time economy and enhance our customers experience. We progressed from a small Victorian Pub to multiple, multifunctional venues.

We believe the future economic success of Birmingham is dependent on the ability to both attract and retain talent. Whilst we have several great universities in Birmingham many new graduates head straight for the bright lights of the capital. Part of our challenge to retain them should be a forward thinking interesting city that values recreation arts and culture. Closing down venues that offer so much to the city is not going to help us achieve this.

We firmly believe that our team took great care, time and passion to create a safe environment for people to enjoy our events. We had very robust policies that West Midlands Police have accepted are more stringent than any other licensed premises in the country.

As operator’s we can’t be false. The decision is wrong. We can’t pretend we agree, we can’t promise that drugs will not enter licensed premises; people go to extreme lengths to get drugs into venues, if they succeed over the border, prisons and even parliament, then they will find a way into a club. They are breaking the law. Are we?

There is a global society issue, this won’t be the last drug related death on licensed premises. We can’t lie. We didn’t lie. This will happen again and again.

There needs to be a universal, collaborative approach to the UK’s drug problem. Lets educate and not be so quick to revoke licenses that practice the correct policies.

Our time now will be spent trying to make a difference trying to encourage a sensible approach like Amsterdam, and even other councils and reasonable authorities in the UK, real talk is needed: NOT masking the problem.

As operators we refuse to work with this prehistoric attitude. This is a modern day problem. We need to wake up and work together collectively to make a difference or cost more lives.

If the responsible authorities continue to shut down venues like The Rainbow, we will be pushing these events back underground. By doing this, there are no measures in place to protect people from harm.

The Rainbow Warehouse subsidised so many start up businesses, and has kept many of our non profit venues alive.

There is unfortunately a catastrophic consequence to The Rainbow Venues pillar, The Rainbow Warehouse-losing its ability to trade. It subsided many of our spaces and provided cash flow, so we could generate new ideas and finance people we believed in. The loss of this venue could ultimately lead to the demise and financial ruin of Spotlight, Mama Roux, Cafe Colette, The Arena and Digbeth Dining Club may have to seek a new home. We will have to flush 13 years of hard work graft and dedication down the toilet.

Some of the evidence provided in the hearing wasn’t factual. There was NOT a 15 year old in The Rainbow Warehouse. We did NOT breach any of our licensing conditions.

On this basis we will be appealing.