2 months ago by Vicky Inoyo

Coming to downtown Sacramento the first weekend in October is a new Afrobeats and dancehall music festival, Lost in Riddim. Headlined by WizKid and Burna Boy, the black-owned two day festival is set to be a celebration of all African culture. Due to the overwhelming demand from fans, the producers behind the festival have recently moved the event to a bigger location within the Sacramento Railyards District. As we, too, are excited to attend the first Lost In Riddim, here is our take on some of this year’s can’t miss artists.

Fresh off the release of her new EP, “If Orange Was a Place,” Tems has continuously fed fans with nothing less than the best. For starters, her track “Essence” with WizKid was the song of the summer, becoming certified Gold and garnering her a feature from Justin Bieber for the remix. The Nigerian singer also secured a Brent Faiyaz feature for her new EP and made an appearance on Drake’s “Certified Lover Boy.” With such a great lineup of songs, we can’t wait to see which she chooses to perform.

At just 19-years-old, Rema took the world by storm with his hit song "Dumebi", which now has over 45 million views on YouTube. Today, the Nigerian born artist continues to rise, with his single, Soundgasm, already at 13 million streams on Spotify. Appealing to both younger and older audiences, Rema has enticed in fans through his electrifying vocals over dancehall beats, leading them to appreciate his authenticity and ability to deliver vulnerable messages through his music while still maintaining a positive mentality.

Making the most out of this pandemic season, after building an in-home studio and preparing for his first child, Rotimi still managed to deliver beautiful music on and off the stage. Many know him for his acting role on STARZ hit series, Power, however, after introducing his  fusion of contemporary R&B with traditional dancehall, he has gained the hearts of many through his music. Currently, fans have his latest project, “All or Nothing,” on repeat with the stand out track, “Love Somebody,” at over 5 million streams.

As the youngest person and only woman to be awarded the Best Reggae Album award in GRAMMY Award history, Koffee is essential when it comes to celebrating the impact this new generation of reggae artists has on music. Her hit single, “Toast,” continues to be on repeat nearly three years after its release and has now reached 182 million views on YouTube. You don’t want to miss that moment when that song comes on at Lost In Riddim.

Although the Jamaican dancehall singer is still preparing for the release of her debut album, Shenseea has several records that will surely have the crowd vibing to her music. Her hit song, “Blessed,” featuring Tyga, “Zum,” and “Run Run” all have made an impact on dancehall music throughout the world. Her stage presence is undeniably alluring as we’ve seen at Rolling Loud. We look forward to what she’s going to bring at Lost in Riddim.

For tickets to Lost In Riddim, head to their website here. 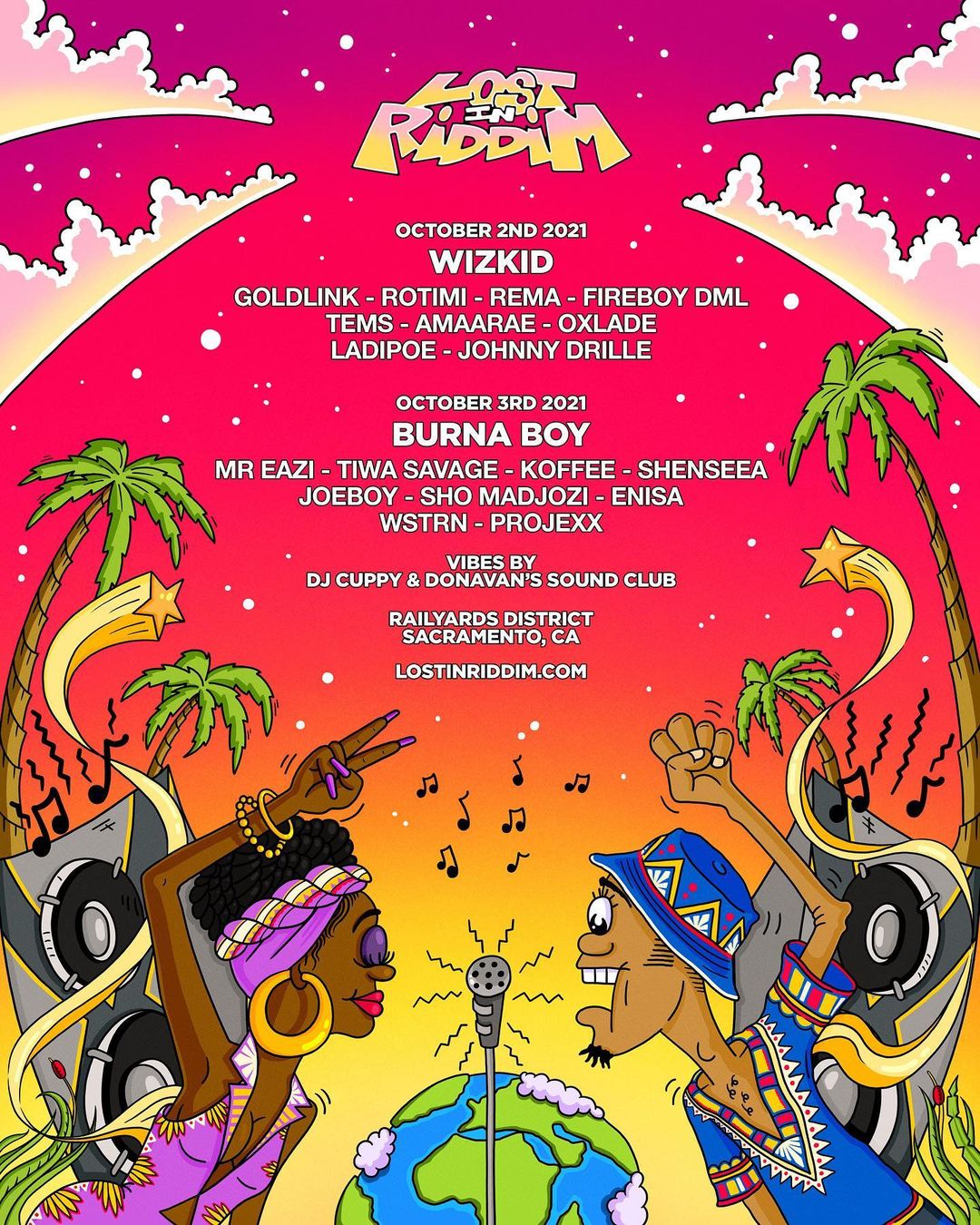