IDK Performs “No Cable” on ‘The Late Show With Stephen Colbert’

2 weeks ago by Vicky Inoyo

On Monday night, the rising rapper IDK made his national TV debut on The Late Show with Stephen Colbert. While the artist did not perform one of his most popular tracks “24” or  “MAZEL TOV” featuring A$AP Ferg, he utilized this opportunity to perform “No Cable", a song from his album Is He Real? that encompasses the important story of media altering the narratives of police brutality cases involving innocent black persons and inherently criminalizing the black community. Watch IDK’s standout performance here.

IDK's performance has already received positive feedback from thousands, including rap icon Joey Bada$$ and basketball star Kevin Durant. When sharing his thoughts on the performance, IDK told CNN "I always look at people like J. Cole and Kendrick (Lamar), even Chance the Rapper, who've used that platform to have a song that really speaks to people, I wanted people to listen." 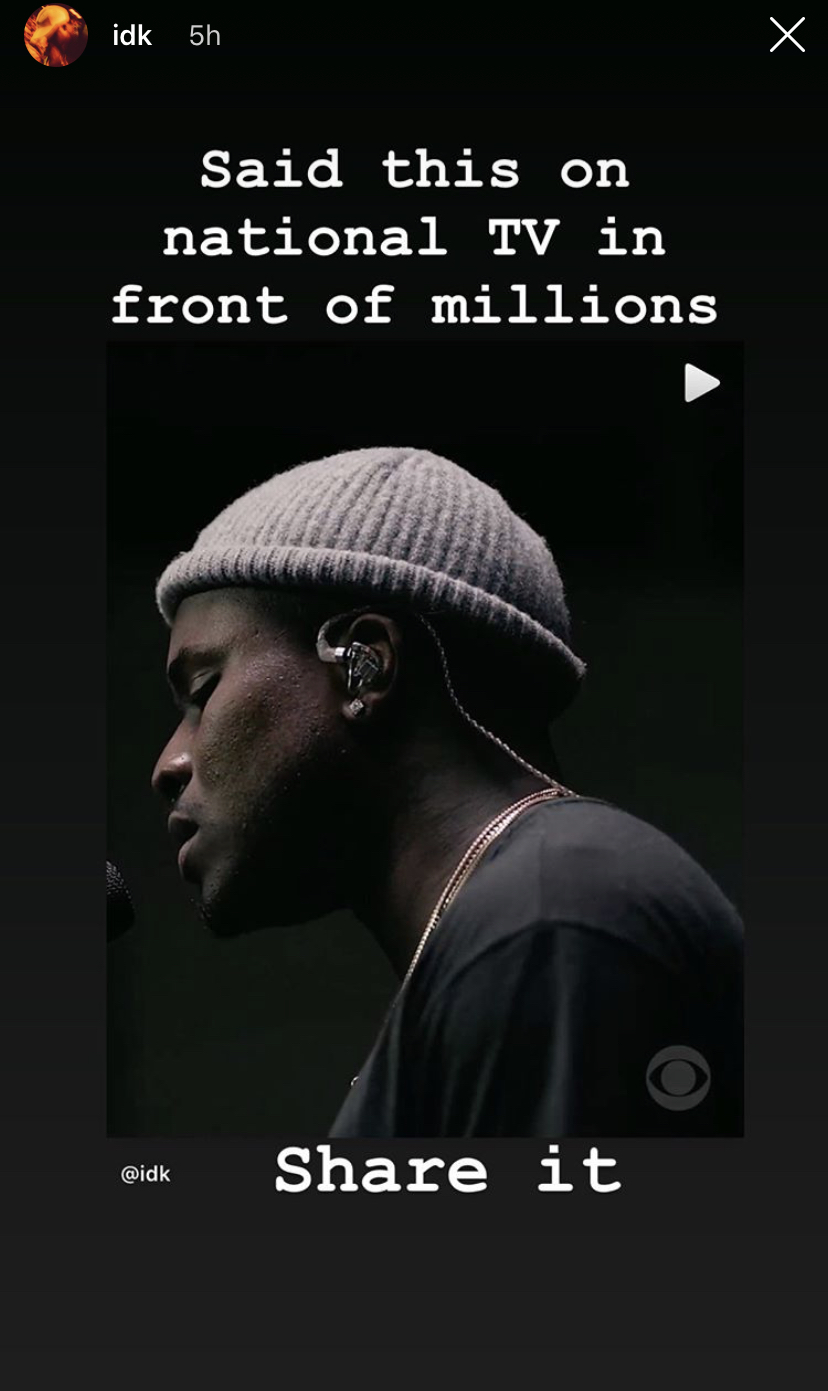