3 months ago by Valeria Kolomiets

Ever After Music Festival will return to its Kitchener, Ontario stage this summer between June 12-June 14 for its sixth iteration. This year's lineup sees the festival digging into its Canadian roots with headlining acts REZZ and Zeds Dead. It also boasts of prominent names in the bass community, such as Slander and Black Tiger Sex Machine, mixed in with deep house gems Nora En Pure and EDX.

Today, the festival announced its final addition to the lineup—AC Slater. Headlining the Upsidedown House stage on the festival's inaugural night, he will be supported by Habstrakt, Chris Lorenzo, VOLAC, and a special Houseloadz set from Dubloadz. Today's announcement also includes the unveiling of the festival's official pre-party on June 11, to be headlined by Montreal's Adventure Club, alongside the support of ALRT, Bill Slinnton, and Tritonix.

This festival is most certainly not bound to be quiet or apologetic for its raucous crowds. And it may just be exactly where you need to be this summer. See full lineup below. 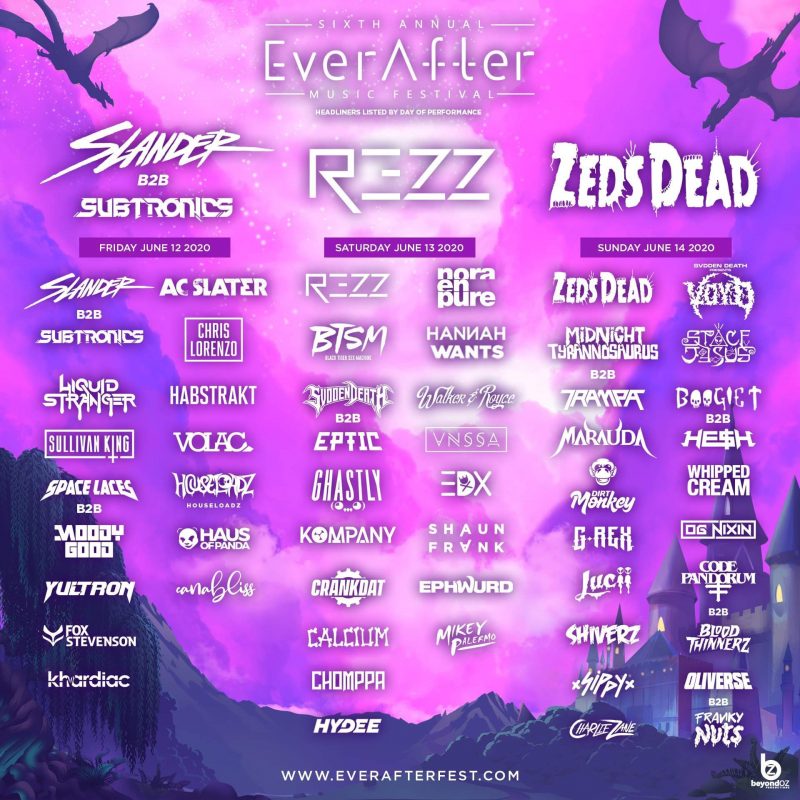 You can purchase tickets here.