Coachella has announced its long-awaited set times just two days ahead its first weekend hitting Empire Polo Club in Indio, California. With gates opening at noon, attendees will find a range of Latin, electronic, pop and hip-hop hitting its main stage each day, and a unique array of styles spread out across its normally delineated stages like the Outdoor Theatre, Sahara tent and Mojave. Check out the breakdown by day below.

The DoLaB has also announced its separate set times from the official announcement. 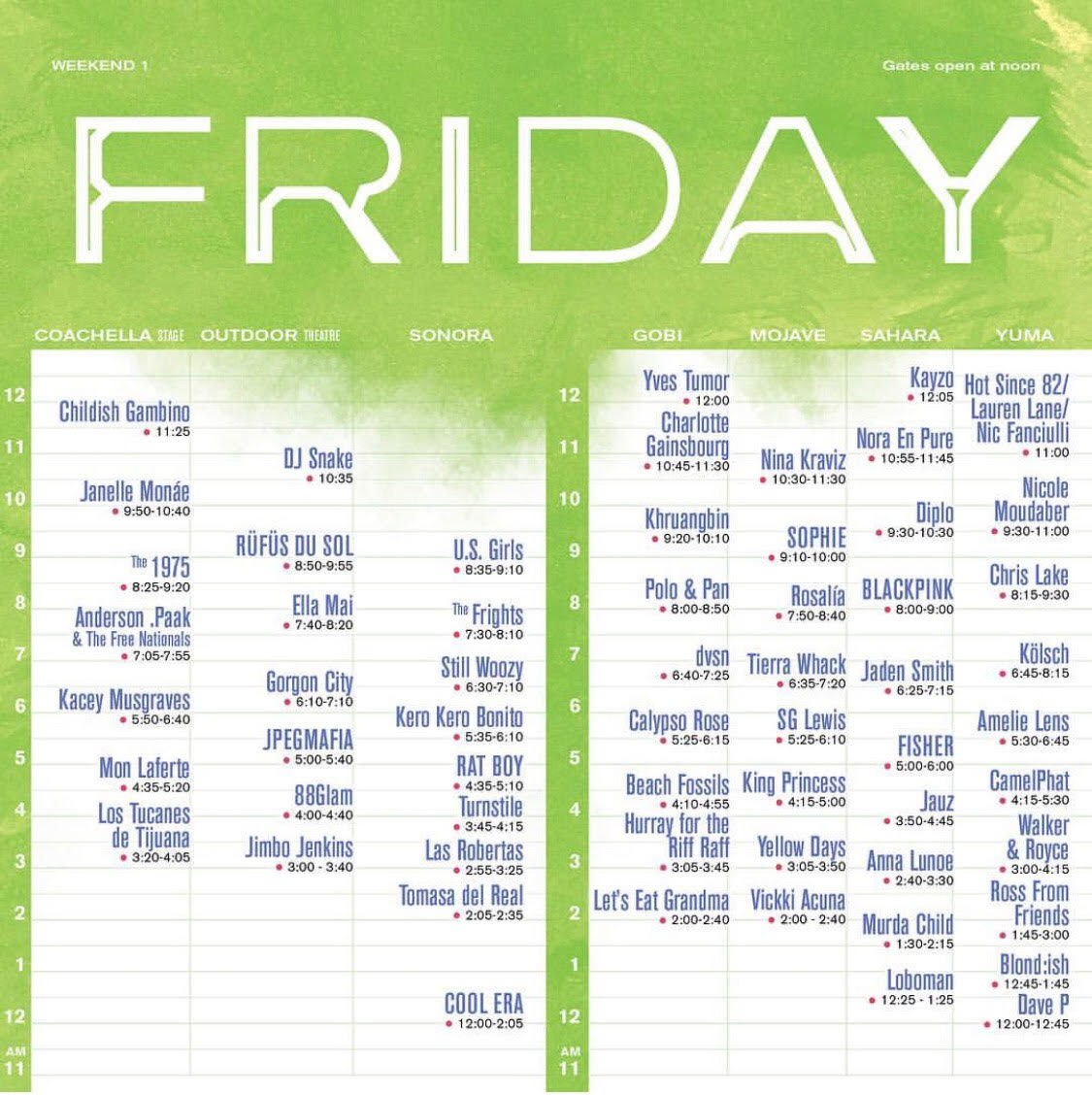 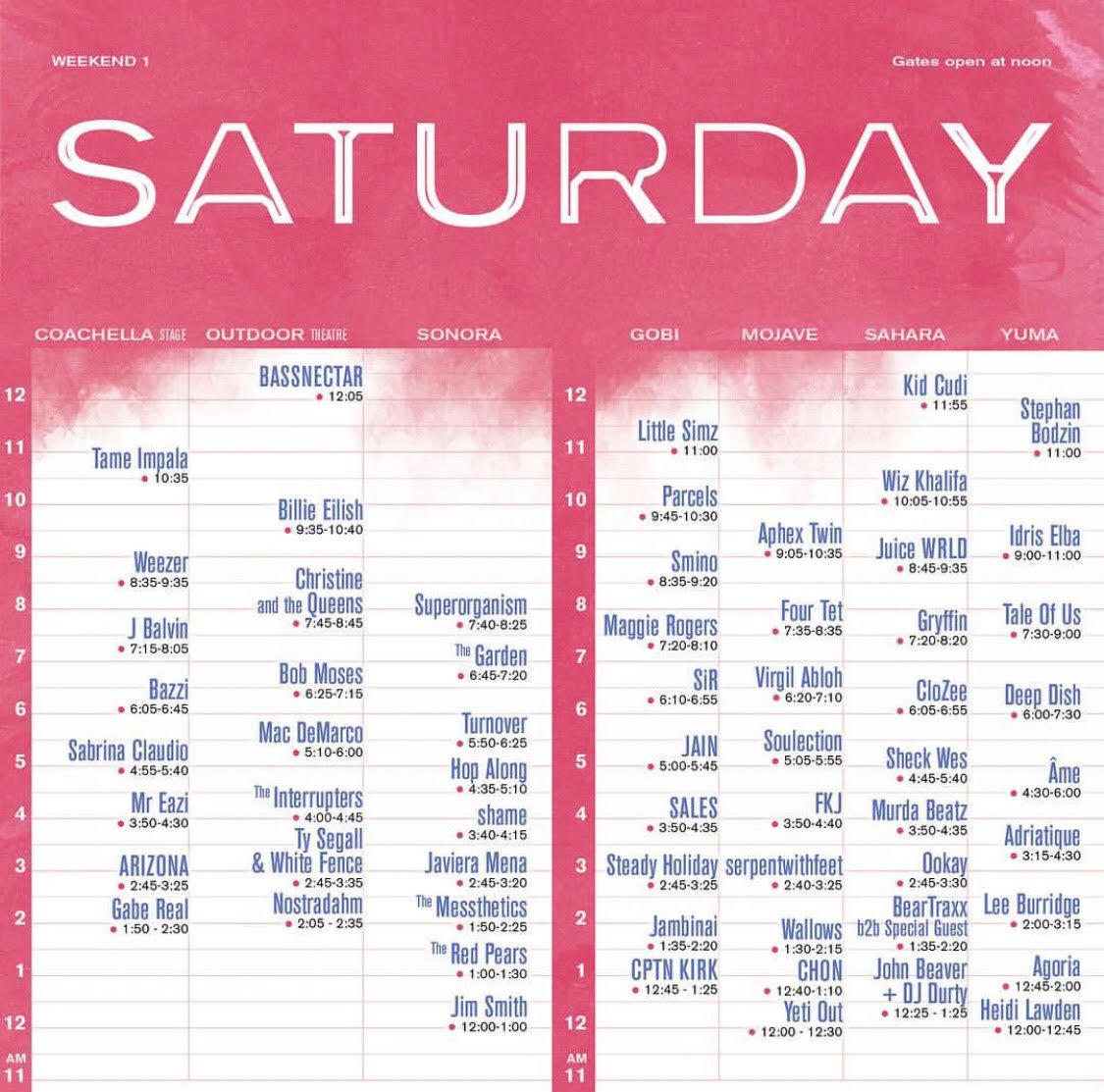 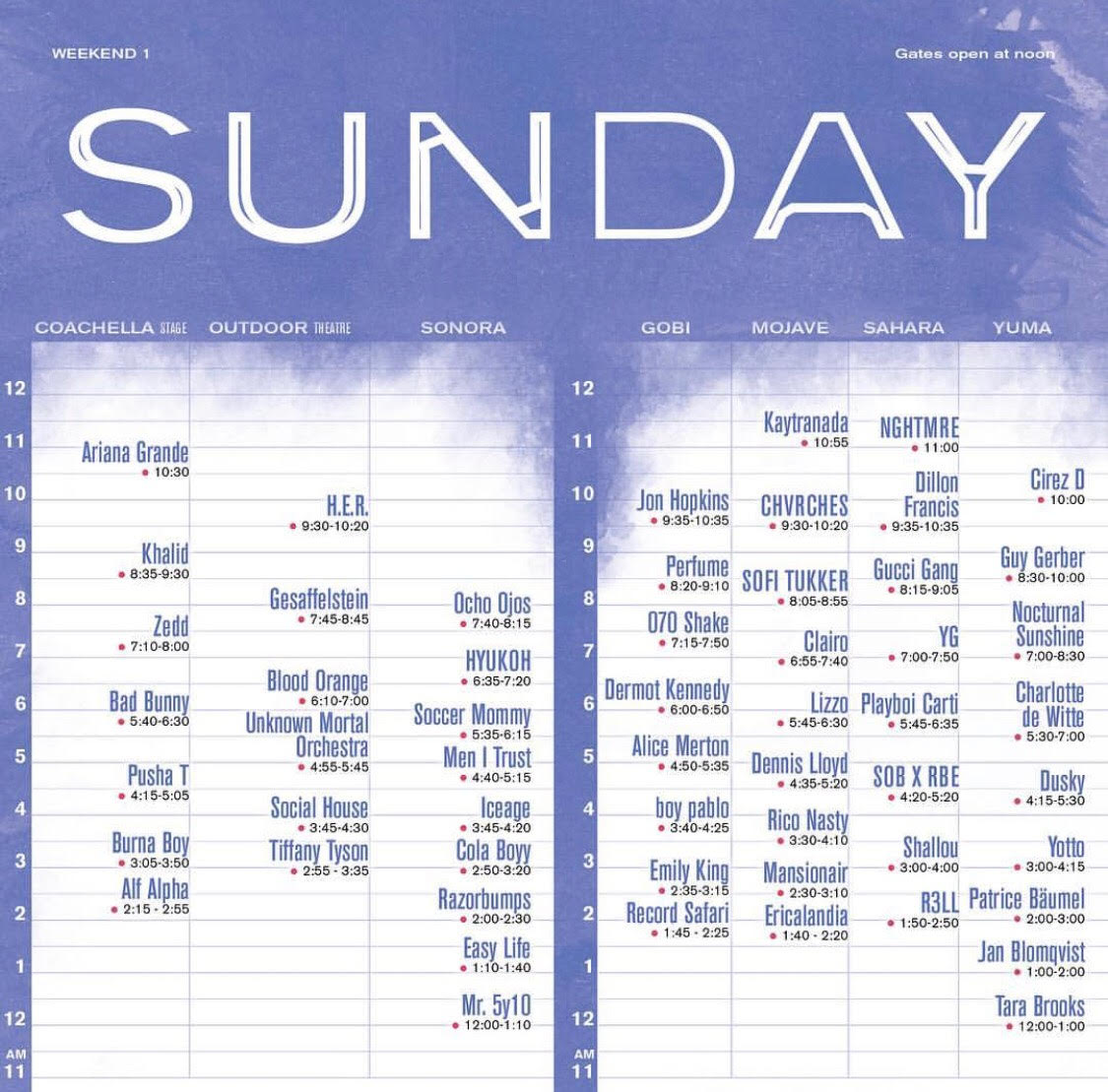 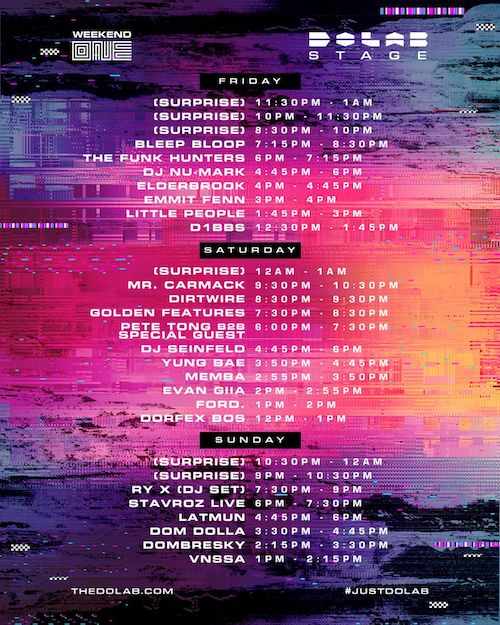