Red Bull Music Festival will be hitting Los Angeles this February 7 – 28, with extensive programming announced throughout the city. While performances from Robyn and Rae Sremmerd, as well as a spotlight on the unique local Latin music scene, have already been announced, Red Bull has announced additional highlights that will take place. First, Afrofuturism leaders Sun Ra Arkestra will make an appearance to perform a live score to 1974 Afrofuturist film Space Is the Place, making a unique meeting of the contemporary with the movement's roots. Sun Ra is not the only pioneering niche musical group to make an appearance throughout RBMF's time in LA, with drone metal veterans Earth to make an appearance, and New Age veteran Iasos joining to perform during the month's full moon. 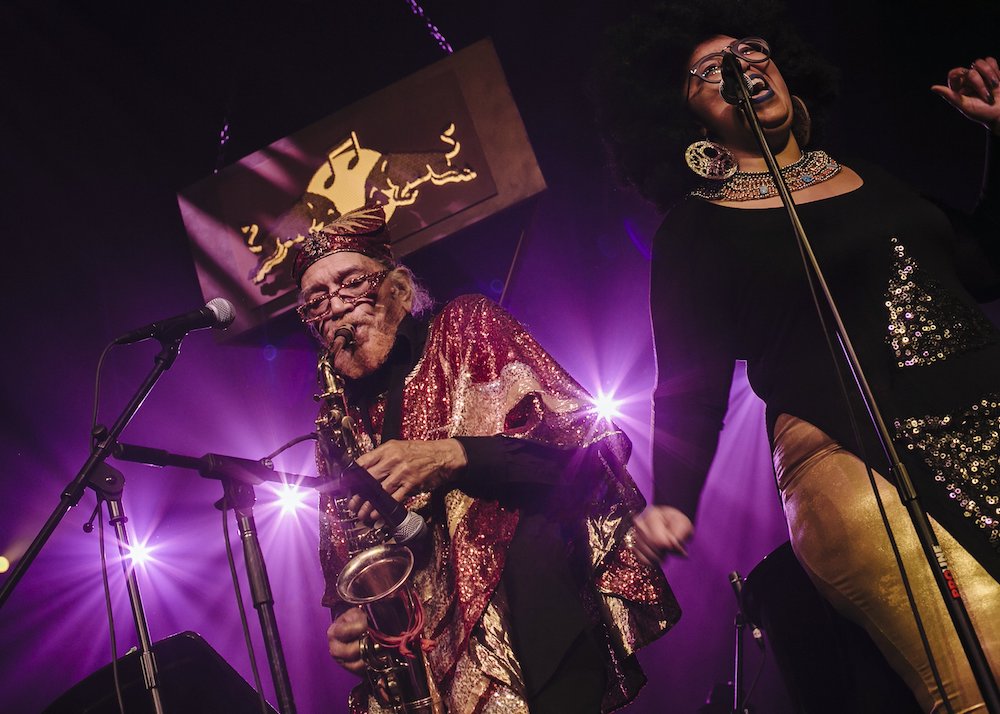 The Sun Ra Arkestra performs at Where Spaceways Meet: A night of Spiritual Jazz, part of the Red Bull Music Academy Festival, at The Greenpoint Terminal Warehouse, NY, USA on 08 May, 2016. // Maria Jose Govea / Red Bull Content Pool // AP-1N9174SYD1W11 // Usage for editorial use only // Please go to www.redbullcontentpool.com for further information. //

Additional film screenings will compliment musical performances and panels, with unique opportunities to catch early work by Ava DuVernay and others. For a full list of the extensive program and to get tickets to the events offered, visit Red Bull Music Festival's website.