Glitterbox are set to take over Fridays at HÏ Ibiza

After opening their doors in 2017 on the site of beloved Space (it still hurts.. sometimes), HÏ Ibiza have reminded us that when one door closes another one really does open and this door is brimming with fun, flamboyance and groove. Getting ready for the 2018 Ibiza season ahead Glitterbox is the first residency to be announced for the club. Hailed as the home of modern day disco, the party returns for 17 Fridays at the club in Playa D'en Bossa.

The last 6 months have seen Glitterbox explode. Touring the world and becoming a mainstay in London, shows are sold out months in advance and promise a musical haven with outrageousness to boot. As well as their parties, Glitterbox host a radio show which is often settled in at #1 on the iTunes spot for podcasts and the Glitterbox record label has seen releases from Debbie Jacobs, Mousse T and The Shapeshifters.

Returning to the white isle, Glitterbox touches down on 1st June and will provide disco fever every Friday (excluding 3rd August) until September 28th. The line up remains firmly under wraps, but you can be sure it'll be as star studded as 2016 when the party welcomed David Morales, Todd Terry, Purple Disco Machine and Basement Jaxx as regulars. There were also a few one off performances on the roster - including funky favourites Armand Van Helden and Crystal Waters. 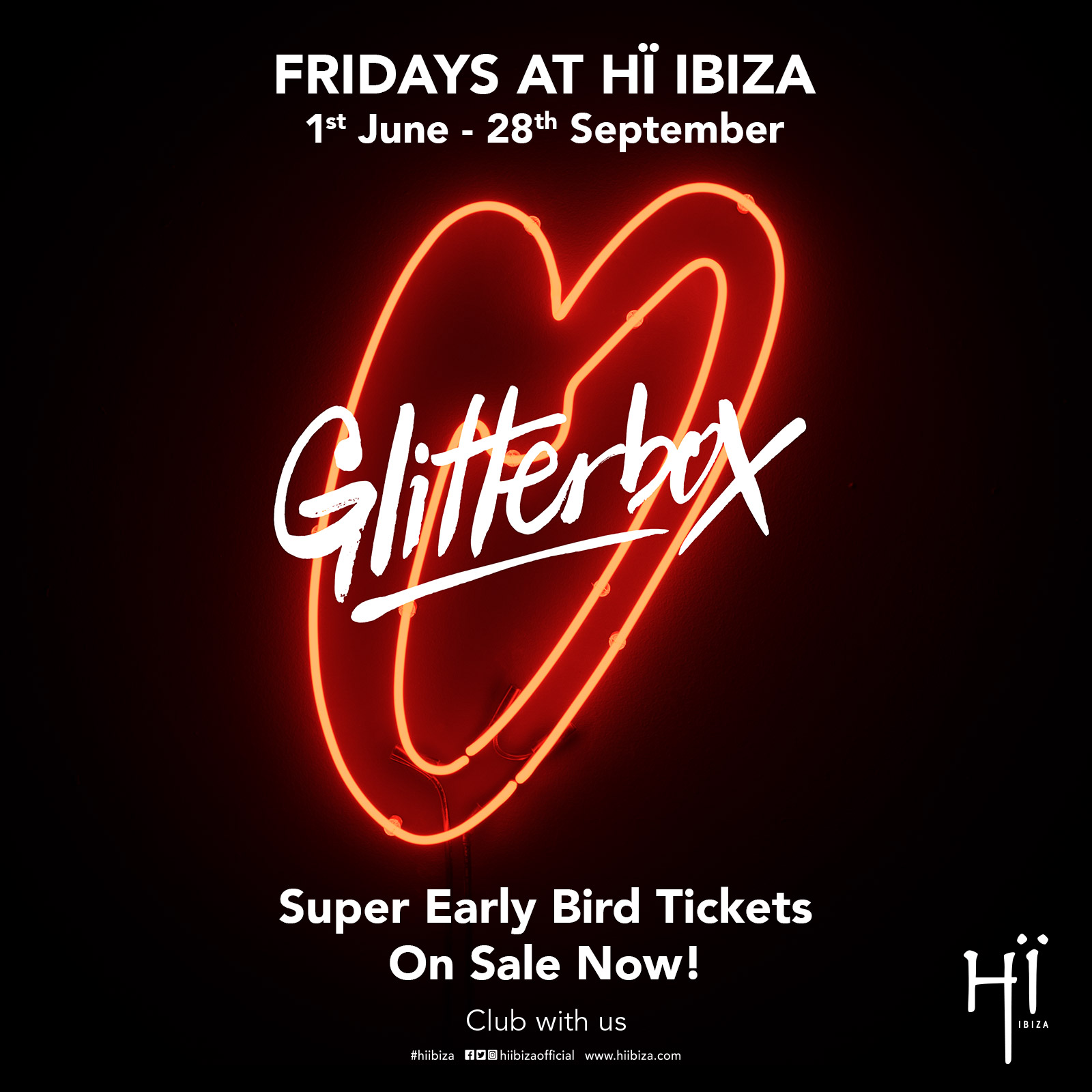 To mark the club’s second season and to celebrate the clubbers, Hï Ibiza has realigned its ticket price structure for the coming season. In a bold departure from traditional ticket prices on the island and in response to customer demand, Hï Ibiza is pleased to launch a staged payment scheme, offering a range of price alternatives. Launching with a special Super Early Bird price of just €20, this is your chance to take advantage of the best ticket prices available and make planning your summer much easier.

Glitterbox will find its home at Hï Ibiza from June through to September. Earlybird tickets available here.