After their herculean rise through the musical ranks this year, beloved electronic pop duo Louis The Child are ready to take their act abroad in 2018. They recently announced their first ever European tour, which will begin in Zurich 2/14 and hit select cities throughout the month of February, culminating in what should be a doozy of a show in Barcelona 3/1. Louis The Child recently capped off their extensive United States tour Last To Leave by releasing an eponymous, characteristically catchy single celebrating the circuit's widespread success, highlighted by incendiary performances at Austin City Limits and Outside Lands among other landmark appearances.

As the guys prep for a monster billing to close out the year at Denver's Decadence NYE 2017, you can purchase tickets to their European tour here. With a workhorse mentality rarely found in 20-year-old artists, you can only imagine what these two have planned for their inaugural international tour. 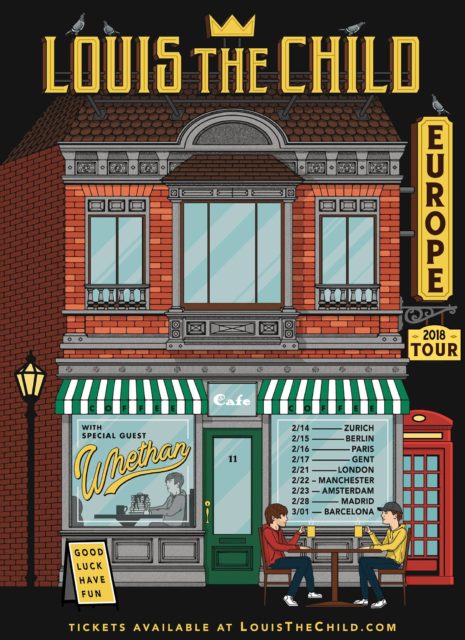