TIDAL X: Brooklyn gets a line up with Jay-Z, DJ Khaled, Cardi B, Princess Nokia + others 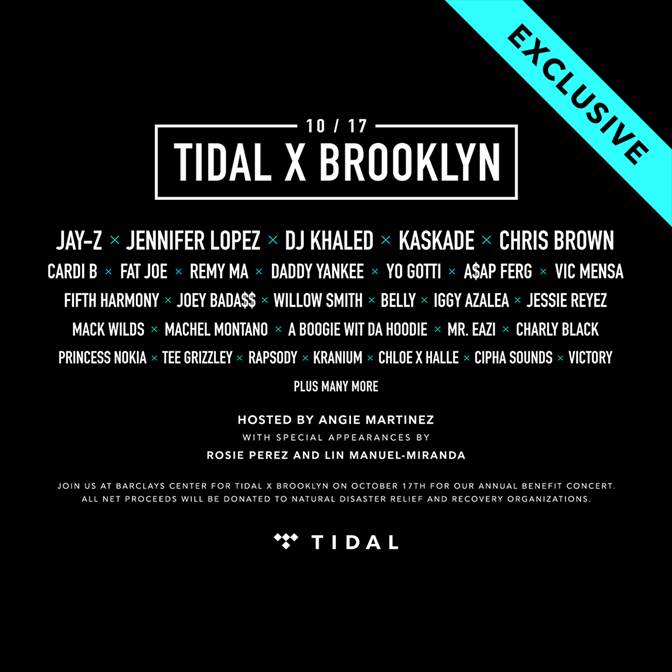 After announcing a return to Brooklyn in October 2017, the line up for the TIDAL X charity concert has swiftly been announced after the event's initial confirmation earlier this week. The event will take place October 17th at Barclay's Center, and will have Angie Martinez returning as host, as well as performances from Jay-Z, Jennifer Lopez, DJ Khaled, Kaskade, Chris Brown, Cardi B, and other hip hop and Roc Nation favorite artists. The concert will raise funds to benefit victims of the recent natural disasters that have hit North America, including Hurricane Harvey, Hurricane Irma, Hurricane Maria and the earthquakes that recently hit Mexico.

More information on the show can be found here, and if you can't attend, the event promises to be live streamed so you can see Cardi B's first broadcasted show since "Bodak Yellow" hit its groundbreaking #1.