Emerging from a successful year which saw Gem & Jam embrace the full festival experience with a move from Downtown Tucson to a venue that offered a desert setting with expanded amenities including camping, the twelfth annual event released the first phase of its lineup. Returning to Pima County Fairgrounds for a second straight year (January 25 - 28), Gem & Jam shows no signs of slowing down attracting some of the biggest talent from the scene. The first round of headliners for the fan-favorite music and camping festival include: two nights of STS9  two nights of Lettuce; Greensky Bluegrass; Railroad Earth; Emancipator and Breaking Biscuits, which features members of the Disco Biscuits and Break Science. More performers will be announced in the coming months.

“We are so excited to welcome our fans out to the desert to share in this amazing experience we are building,” says festival co-producer Toby White. “There is something for everyone at Gem & Jam and we still have many more surprises to come.”

Located on 640 acres and just 20 miles south of downtown Tucson, the Pima County Fairgrounds is surrounded by nature and resides in a desert environment, creating an expansive setting perfect for Gem & Jam. The multi-stage music and arts festival will be offering increased capacity and camping options, including: onsite RV camping with hookups, boutique camping, car camping and walk-in camping. Additionally, Gem & Jam will be expanding on its experience with world-class visuals, unique stage designs, artist galleries, live paintings, experiential installations, daytime workshops, gem and mineral vendors and much more.

General Admission tickets are on sale now for $169, plus fees. Camping options will be available starting at $55, plus fees. Included in these options are: Deluxe RV Camping, Standard RV Camping, Car Camping, Walk-In Camping and Ready, Set Camp. Tickets are available online at www.gemandjam.com. 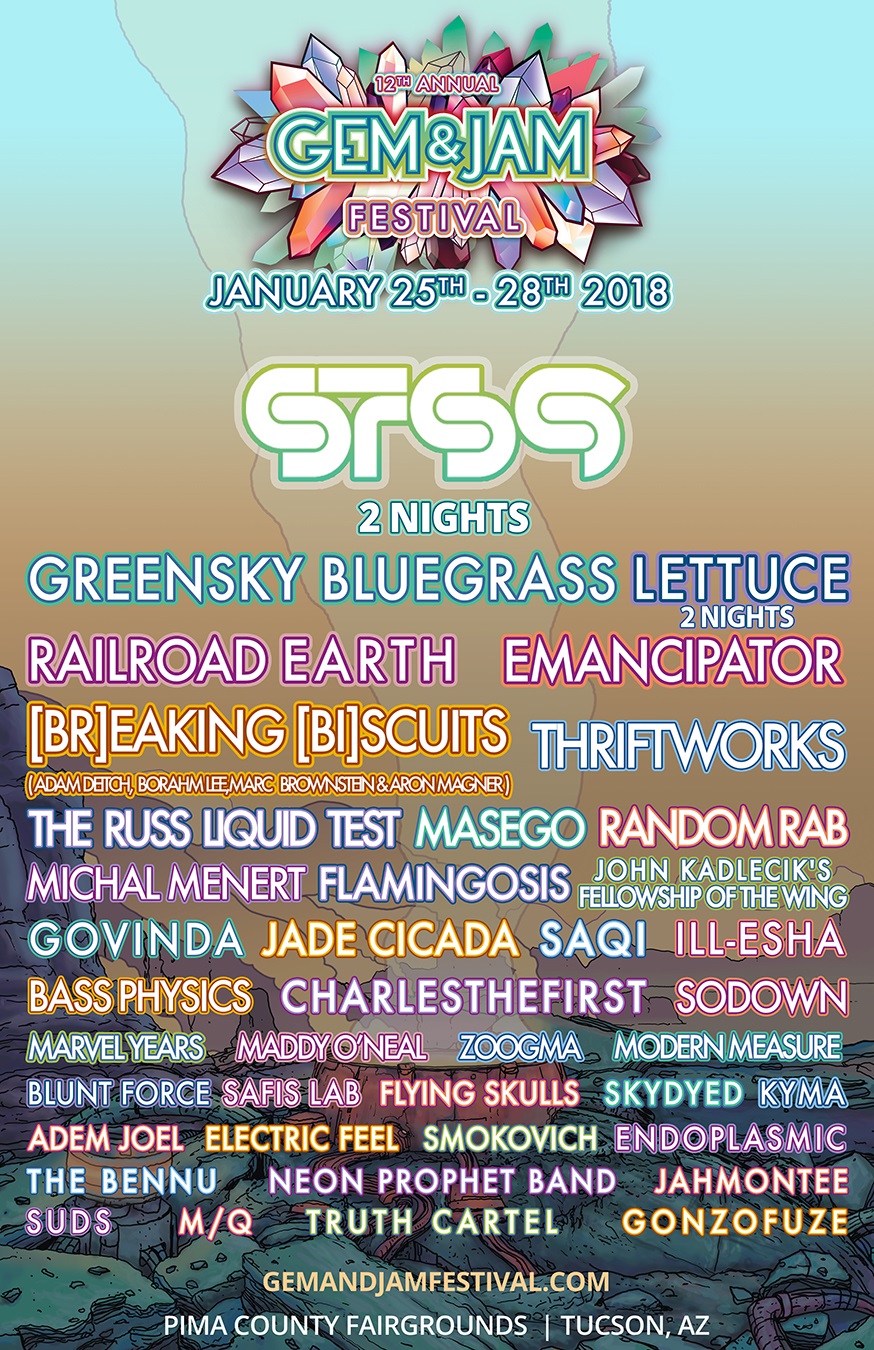