Nick Miller, better known globally by his stage name Illenium, has had what can only be described as a banner summer. Playing massive festivals from Bonnaroo, EDC, Firefly, and Electric Forest to SOLD OUT club gigs across the country, the Denver based producer has taken his distinct brand of melodic bass from the mountains of Colorado to hundreds of thousands of fans internationally. Today Illenium has announced the first shows of his expansive ‘AWAKE’ tour, spanning from Denver to Kansas City, featuring currently unannounced support, and a fully revamped live setup.

Fans can catch Illenium live all across the United States starting in Denver in November, heading through massive stadiums from San Francisco to Chicago, with many more dates set to be announced. The first date on his 'AWAKE' tour at the 1st Bank Center in Colorado (November 10th) has already sold thousands of tickets, and will serve as Miller's biggest headlining show to date. So make sure you check the links below, and catch one of electronic music's rising stars in a city near year. 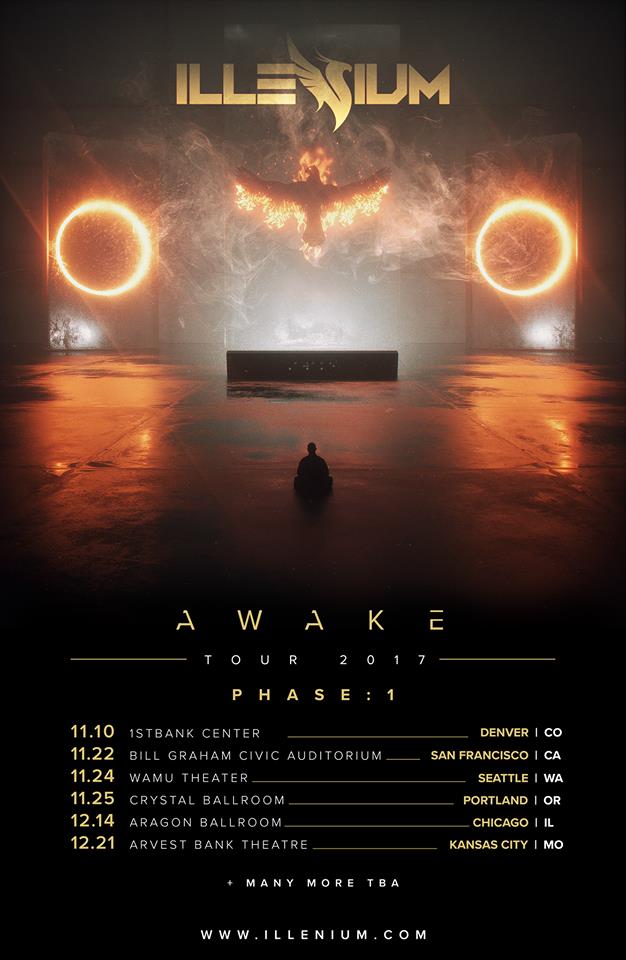