It's no secret that A$AP Ferg is a man of lifestyle. The New York City rapper has long been a proponent of style, frequently posting his daily outfit and not hiding his obsession with sneakers. His clothing label, aptly named Trap Lord, after his 2013 debut album. But while his fashion line covers clothing - hoodies, tees and accessories - there's way more retail to conquer and Ferg is on it. This weekend, he'll launch Traplord Home, a new extension to his brand that will incorporate home decor into his line offering. Powered by the team at Fancy who has partnered with other artists like deadmau5 to launch retail shops, 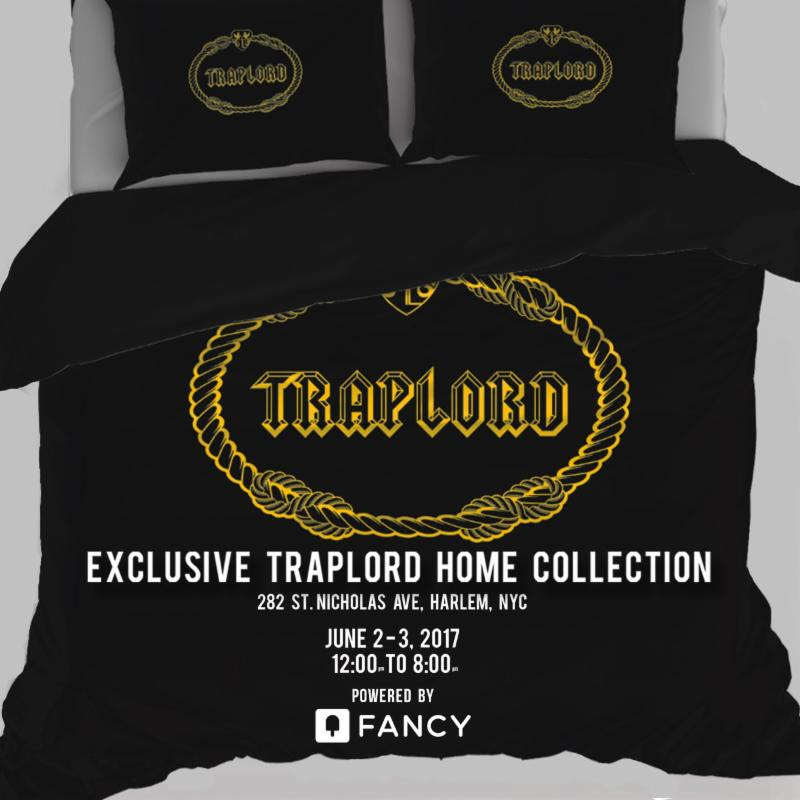 Appropriately timed to precede his performance at Governors Ball, A$AP Ferg will launch Traplord Home in his hometown of Harlem this weekend. Offerings will include limited edition items like bedding, and enough decor designed by Ferg himself to deck out an entire room in just Traplord branded product. Better get there early to check out the shop. The pop up will be open June 2nd and 3rd, from 12 PM - 8 PM.