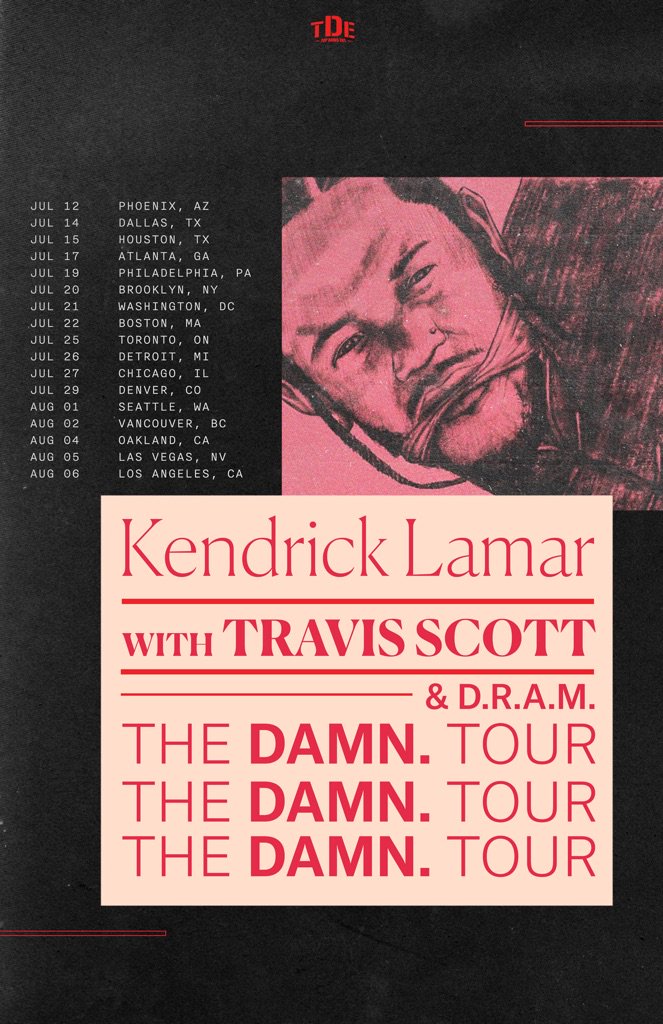 At 7 AM Eastern this morning, hip hop star Kendrick Lamar announced details around his upcoming tour in conjunction with his latest album, DAMN. Simply sending out a tweet of the tour flyer this morning to solidify the announcement, Lamar let the world know that The DAMN. Tour will be starting its 17 dates in July and will feature Travis Scott and D.R.A.M. as support. Tickets will go on sale starting with an American Express presale on Tuesday, April 25th, and general sale starting on Friday, April 28th via Ticketmaster.