4 years ago by Rachel Steer

Wayhome Music and Arts Festival, which goes down July 28th - 30th in Ontario, Canada, released their initial lineup just over a month and have already expanded their roster with eight additional acts. Cage The Elephant, Foster The People and Porter Robinson have been added as headliners for Friday and Sunday, with San Fermin, HAERTS, Houndmouth, Mutemath and Clairmont the Second rounding out the undercards. 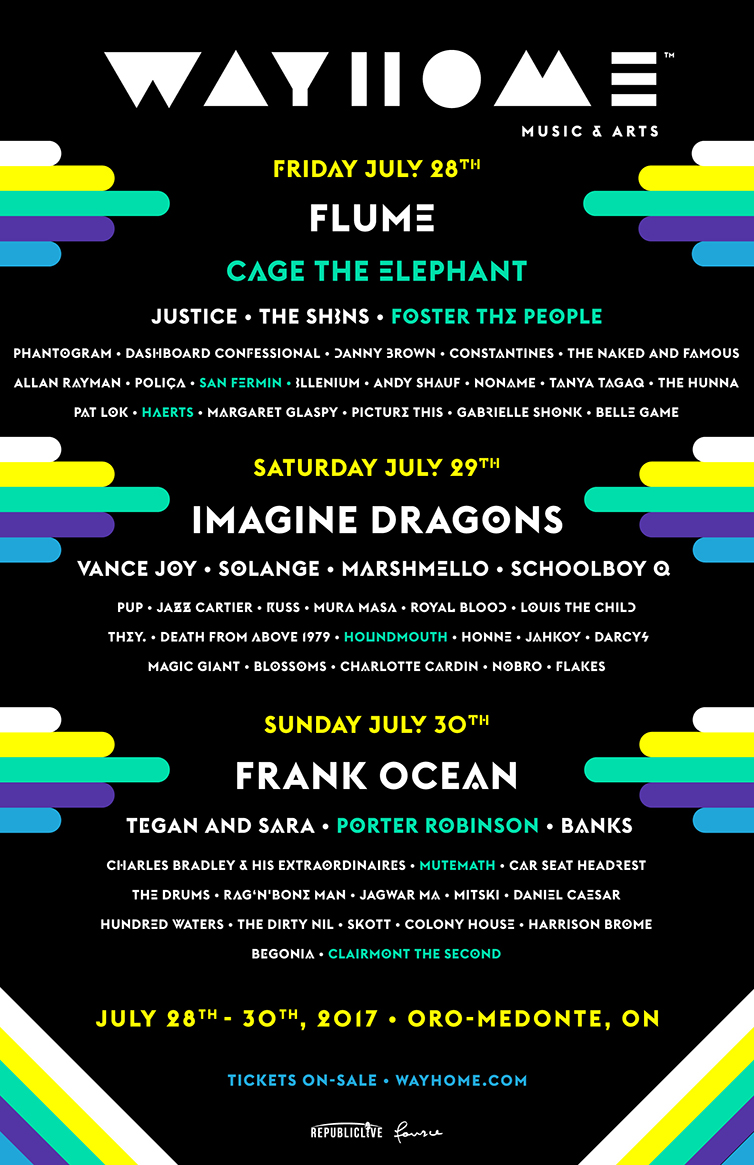 Wayhome has also blessed attendees with an early release of its daily lineups. Justice, The Shins and Foster The People will be getting the crowd ready for the Cage The Elephant and Flume closer on Friday, while Saturday has Vance Joy, Solange, Marshmello and Schoolboy Q lined up as pre-closers for Imagine Dragons. And then there's Sunday. Frank Ocean receives the honor of closing out the entire festival, with Porter Robinson, Tegan and Sara and Banks supporting.

As Canada's answer to Bonnaroo and Coachella, Wayhome is shaping up to be one of the go-to festivals this summer. Passes are on sale now via the festival's official website.