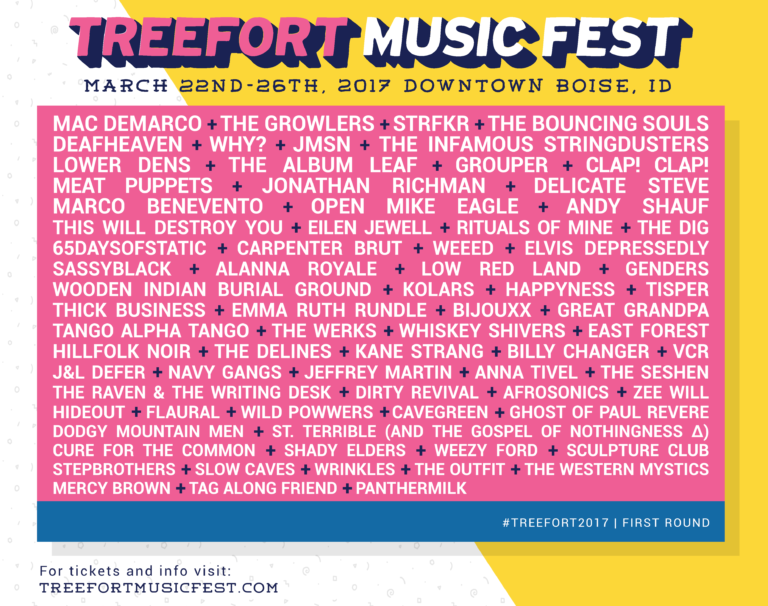 Every year, the Treefort Music Festival remains one of the best reasons to visit Idaho. Usually taking place in March, the festival takes over Downtown Boise over the span of five days, offering a plethora of eclectic bands and musicians for attendees to groove along with in various venues and stages. Previous years saw artists like Black Milk, TV On the Radio, Animal Collective, Dan Deacon, Youth Lagoon, Jai Wolf, Thundercat, Hinds, Aesop Rock, Built to Spill, and so many other notable acts. Although the full lineup for 2017 hasn't been announced yet, things are looking pretty hefty.

Watch the Retroscope Media-produced announcement trailer for the first lineup below, along with a list of all 75 bands playing next year's festival. Five-day general passes are on sale for $165. Head over to Treefort Music Festival's official website to purchase tickets and gather more info.