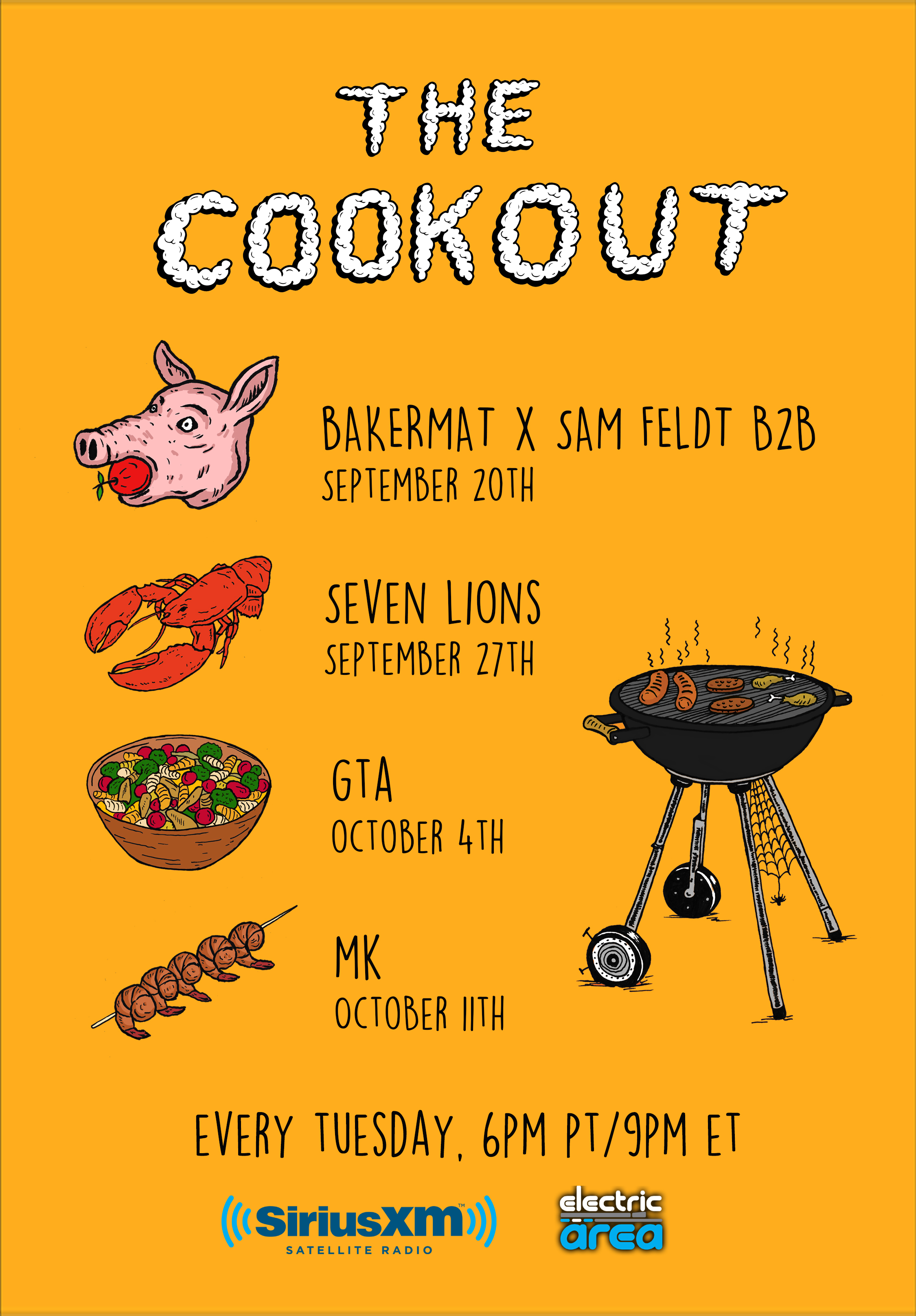 In June 2016, SiriusXM's Electric Area announced a new series called The Cookout. The concept is an inviting one: partnering with AM Only, Windish and Paradigm Agencies (who represent some of the best in the business), artists from each agency have the opportunity to band together in a laid back setting to showcase their talent, favorite new music and be the show's head chef for the week. It's aired on Electric Area Airing every Tuesday night at 9 PM EST, and the program launched with Gorgon City together with Rudimental to set the stage and the standard for the tone of the mix series in its future. And so far, we've seen an some out of the box things: a Daft Punk-inspired mix from Boys Noize, and already with the fall season launch, an inspiring b2b set with crossover house industry leaders Bakemrat and Sam Feldt.
This week, the show announced the latter collaboration, plus further artists GTA, Seven Lions and MK to come. For more information on the show, head to its website.
Tags:
Bakermat · GTA · MK · Sam Feldt · seven lions
Categories:
Dance · News