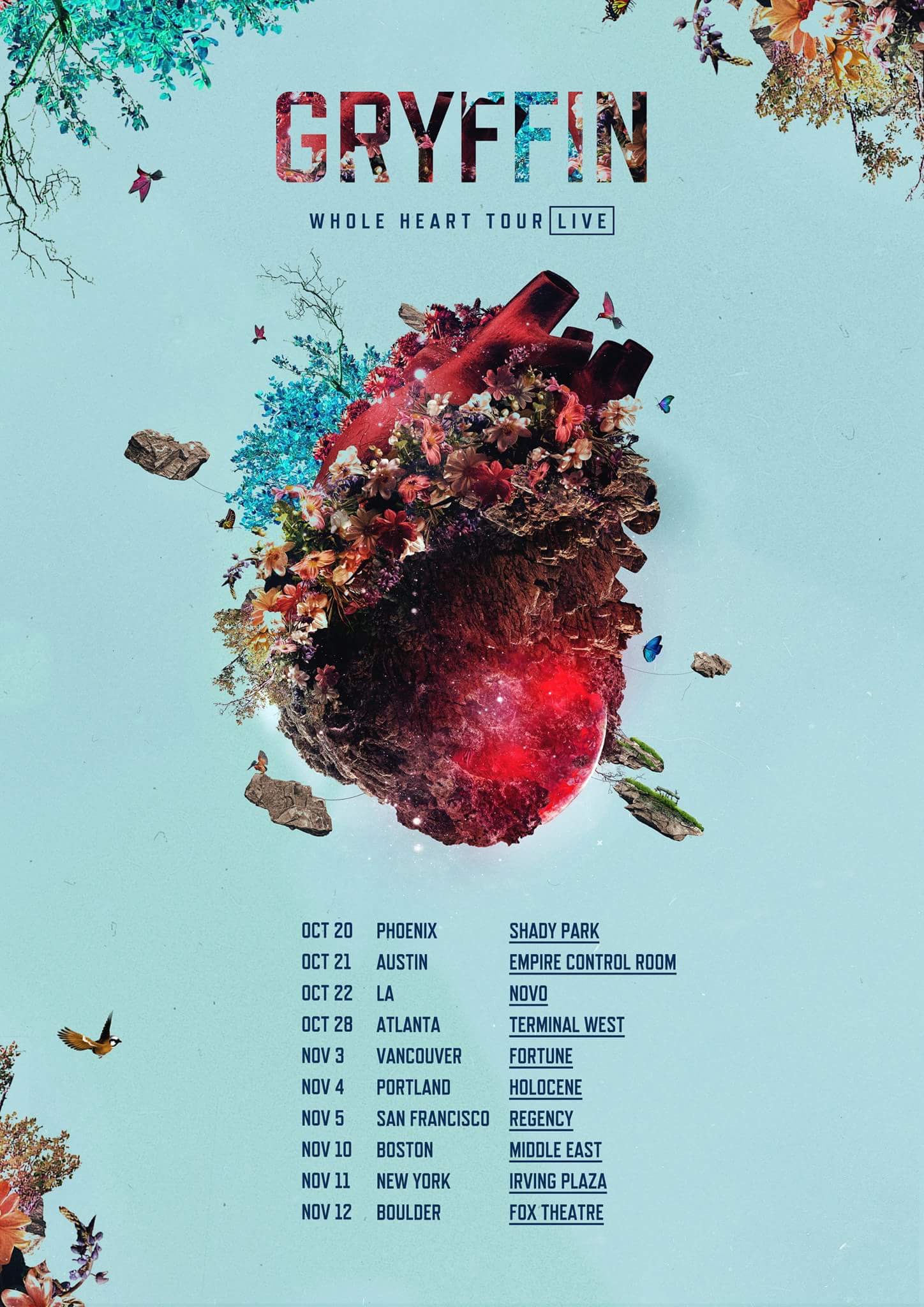 Gryffin has announced his Whole Heart Live Tour taking place this fall. The Los Angeles-based producer will kick off his tour on October 20 in Phoenix, Arizona. He'll be making stops all over North America, including shows at Los Angeles' The Novo and New York's Irving Plaza. The tour will come to a close on November 12 in Boulder, Colorado.

Gryffin told Billboard that performing for him "represents [his] passion and love for musicianship and artistry within music," and that he wanted to utilize a "continuous dance mix format to keep up the energy that is usually characteristic in DJ sets." He uses an array of instruments along with synths and drums pads to take his live performances to the next level. Tickets are currently on sale now and are going quickly. Check out all of his tour dates below.