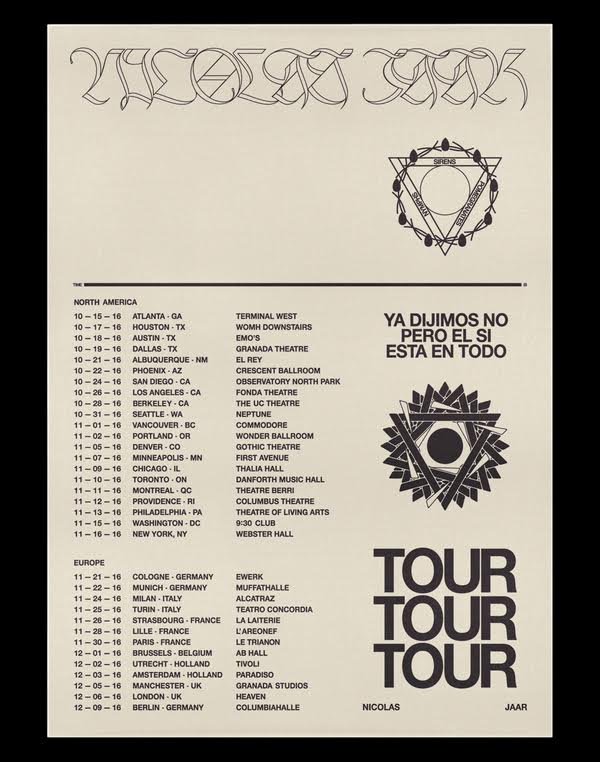 Nicolas Jaar, acclaimed electronic producer and artist, has announced he is heading out on tour starting this fall. Jaar has received rave reviews since his project Space Is Only Noise debuted in 2011, and currently resides in New York and is the founder of  the Other People imprint. His imprint has put out projects from artists like Lydia Lunch, DJ Slugo, and many others.

He has contributed to BBC Radio 1’s Essential Mix series, which won “Essential Mix of the Year” in 2012, and has performed with friend and collaborator Dave Harrington in Darkside. You can check out Jaar's latest project entitled The Network here. Tickets for his tour go on-sale starting Friday. Jaar is known for putting on a great live performance, so don't miss the opportunity to see him live.