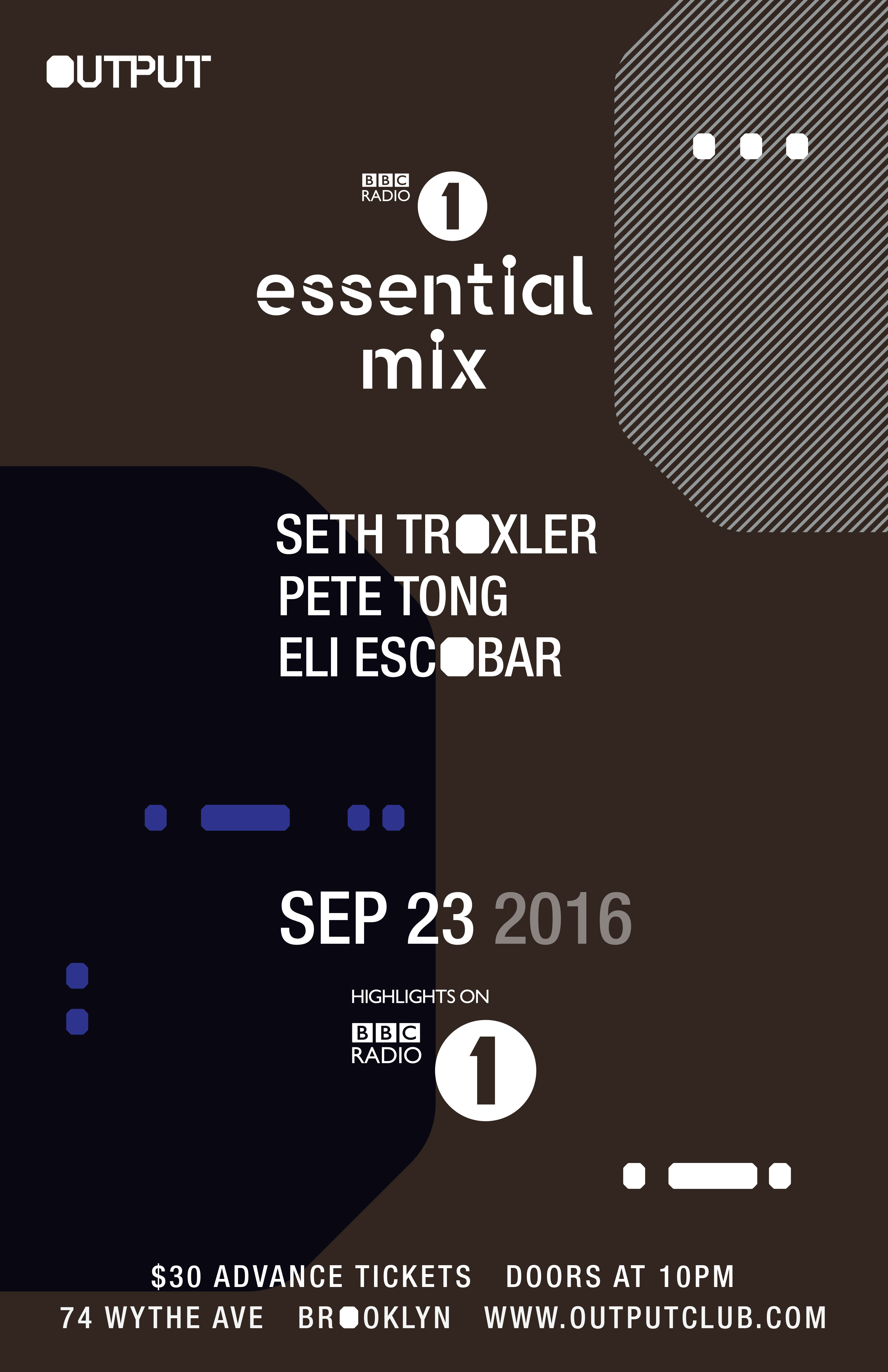 Fans of dance music know BBC Radio 1 as the home of many tastemakers, and the launch pad for the careers of successful DJ's and producers. Its live Essential Mix series has become a beacon of  successful careers, as a show that's beyond being a resume builder, but an honor to get invited to host. Artists debut their latest and greatest music there, and diehard fans make above and beyond efforts to both listen live and add the mix to their libraries.

The only thing is, of course, that the BBC is housed in the UK, so if you actually wanted to see the performance live, you had to be in London. That is, until this year, when host Pete Tong took the show on the road, broadcasting two separate shows from the US. Now, that will head to the iconic Brooklyn underground club Output, for a broadcast of a live set from Seth Troxler.

Tickets are available via Output's website for the show taking place on September 23rd.