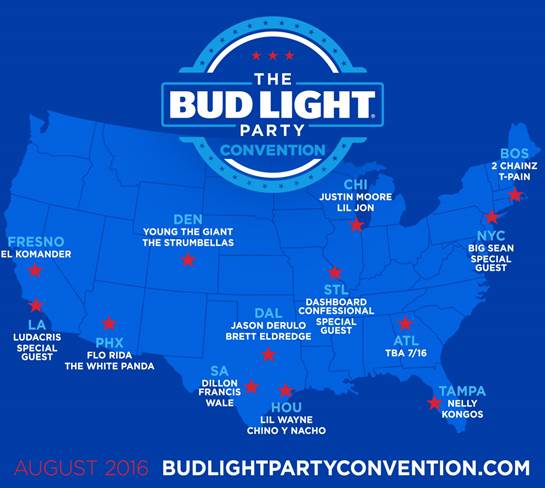 Bud Light has announced a new party series that will tour throughout the United States throughout the month of August this year. While Budweiser sports the buzz behind the Made In America festival franchise, it's now Bud Light's turn to get its brand into the music industry. Artists performing at the Bud Light Party Convention will range from hip hop acts Nelly, Lil Wayne and Big Sean, to indie acts Dashboard Confessional and Young The Giant, to dance act Dillon Francis. Each event has a different musical guest lined up, with a few additional special guests to be announced. Further information can be found on the Party Convention's website.